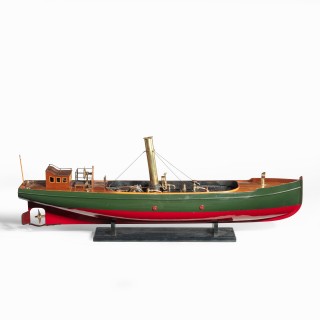 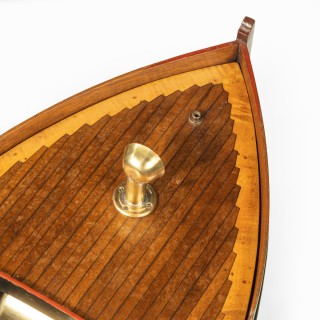 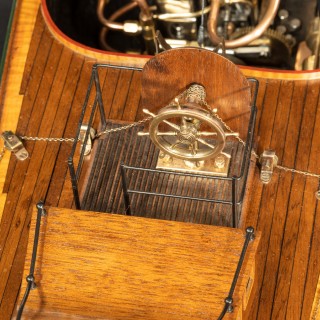 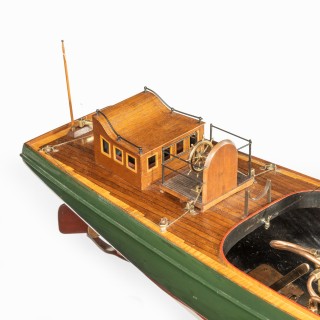 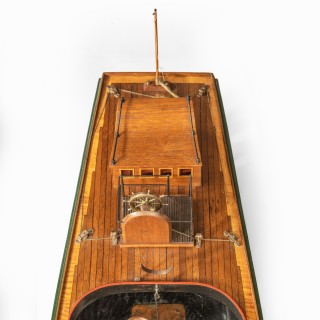 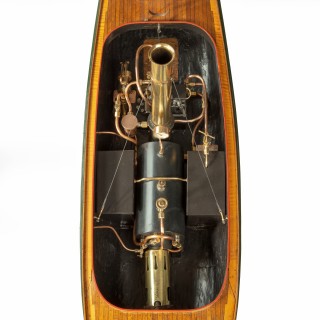 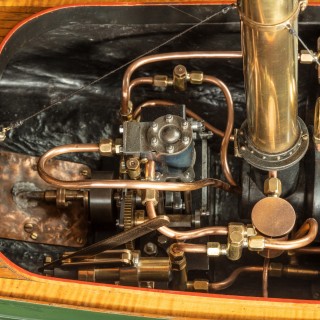 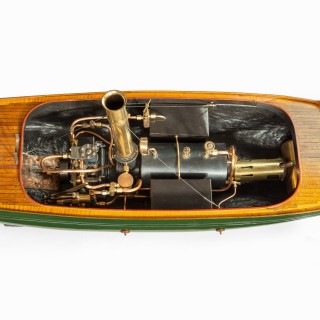 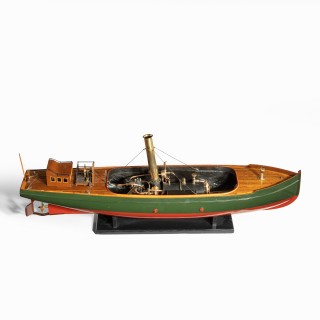 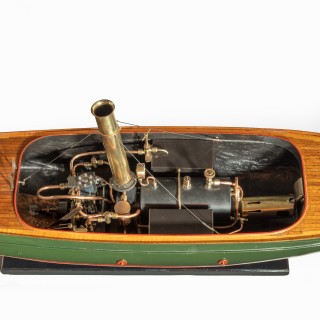 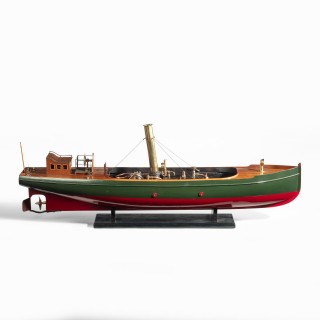 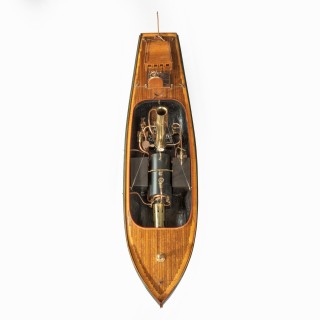 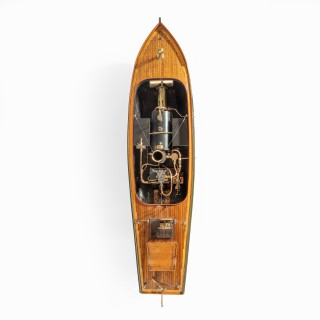 A working model of a steam launch Circa 1920

This owner’s model of a steam launch is painted with green topsides and a red bottom, and has planked and pinned mahogany decks with fiddleback maple thwarts. The decks have many authentic details including a mahogany coach house and brass funnel. It is in working order with a brass wheel to operate the chains which control the rudder. The water tanks, which create the steam, are heated by a boiler marked Primus and have the original brass and copper pipes. (Please note: the boiler must be tested before use.) English, circa 1920

Steamboats were pioneered in Britain as early as 1788. Initially used on rivers and lakes, the first commercially successful steamboat was Henry Bell’s Comet of 1812. Within 10 years there were nearly fifty steamers on the Clyde, others on Lake Windermere, the Thames and Scottish Lochs. By the early 20th century there were model steamboat clubs. One of these, founded in 1909, was the Portsmouth Model Steam Boat Club. Their boats ‘were mostly steam with a few electric or petrol powered, the steam boats using petrol blowlamps to heat the boilers. Speed Competitions were held with boats timed over a measured distance. The steam boats were usually fastest. Steering competitions were also held where boats were aimed at a set of six flags on the far side of the lake, the boats getting closest to the middle pair scoring the highest points.’

A working model of a steam launch Circa 1920