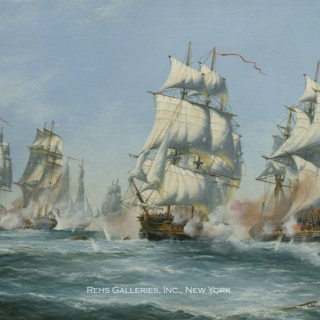 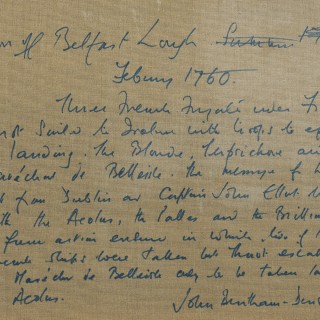 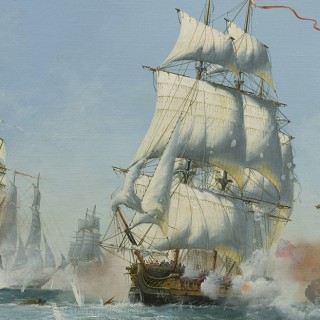 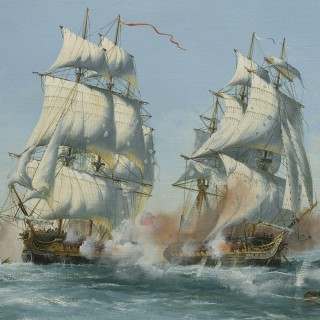 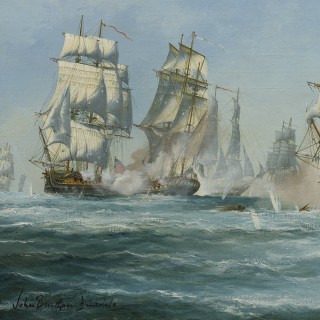 Action off Belfast Lough shows a scene from the Seven Years War (1756 – 1762). In February 1760, three ships under the command of the French privateer François Thurot landed a French force at the Irish town of Carrickfergus, about 11 miles from Belfast. After being repelled by Irish militiamen after a few days, the Blonde, the Terpsichore, and the Maréchal de Belle-Isle were confronted by a Royal Navy squadron consisting of the HMS Aeolus, the HMS Pallas, and the HMS Brilliant. In the middle of the Irish Sea, between the Isle of Man and the Northern Irish coast, the French privateers and British sailors fought throughout the morning of February 28, 1760. Thurot died in the battle, and the British captured all three ships. After transferring the French prisoners to Belfast, Thurot was buried with full honors in southern Scotland, while the Royal Navy later purchased both the Blonde and the Terpsichore.

The painting is in very good condition. There is some minor age cracks in the upper left corner. 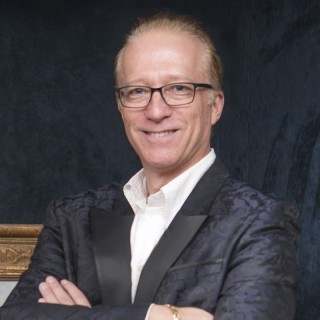