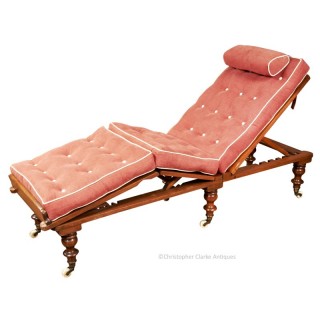 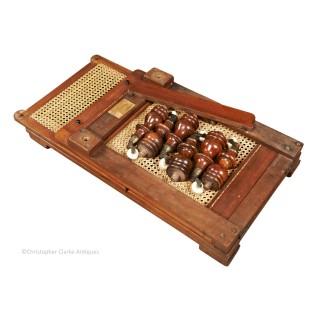 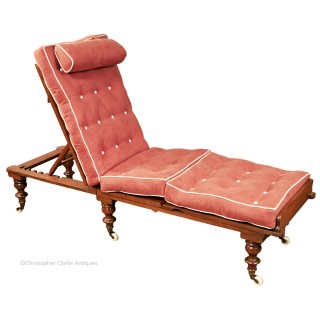 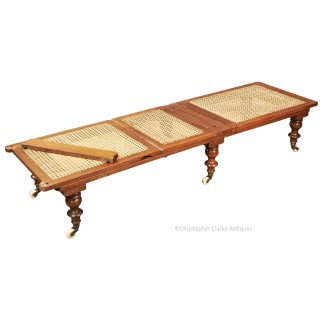 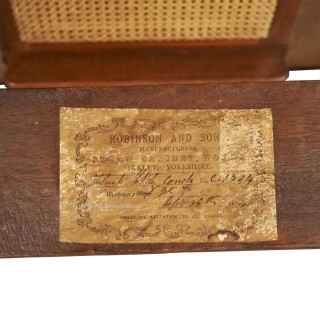 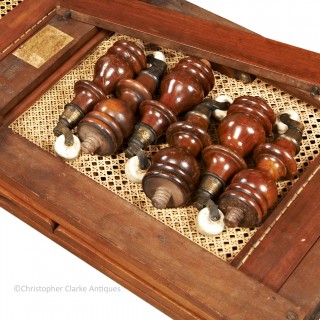 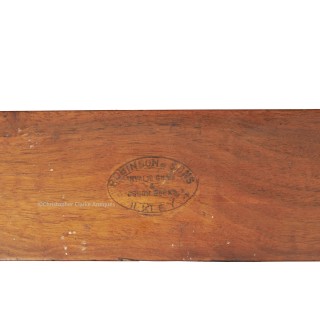 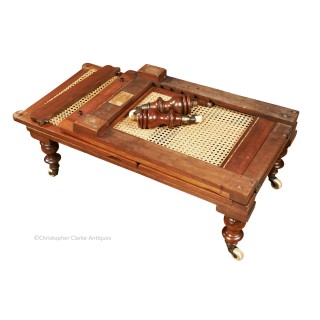 A walnut with caned panels, folding Ilkley Couch by Robinson and Son.

Although copied by other makers, Robinson were the originator of this design of articulated couch. It is made of three panels with replaced caning, which are all adjustable to different angles on ratchets, on a folding frame with removable legs. The couch also has a removable bar to the foot to prevent the cushions or mattress sliding off. The legs have the distinctive bold turning that the maker is known for and porcelain castors.

The paper maker’s label to the frame gives the details of ‘Robinson and Sons Manufacturers, Steam Cabinet Works, Ilkley, Yorkshire’. Handwritten by the cabinet maker to the label is ‘Walnut Ilkley Couch, No. 1504’ with his initials that look to be ‘I.W. T.’ and the date Sept. 19th 1874. There is also an ink stamp to the Couch that states Robinson & Sons, Invalid Chair & Couch Works, Ilkley’.

The Ilkley Couch is still as comfortable today as when it was first conceived by Robinson over 150 years ago. Its versatility from an upright chair to a flat bed with numerous positions in between makes it very practical. Added to this, it also easily reduces in size for storage or travel. Dated 19th September 1874.

Size as a bed is given.