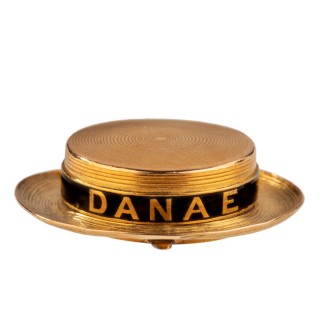 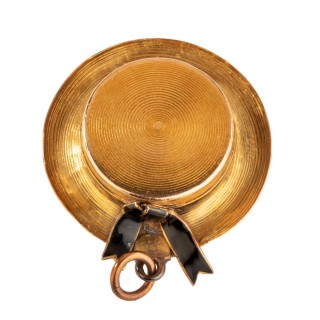 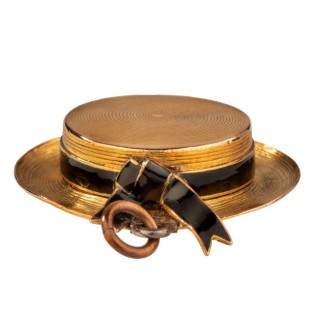 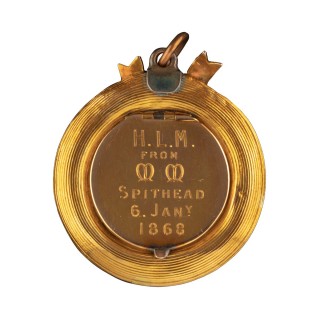 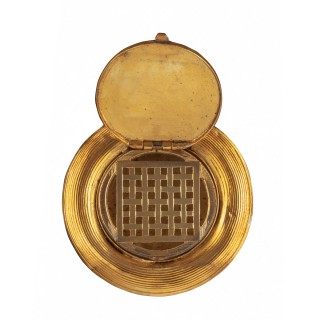 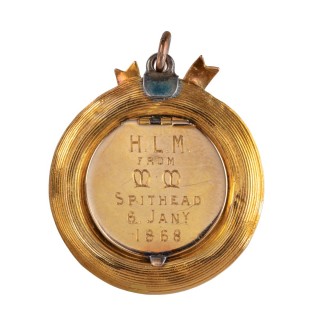 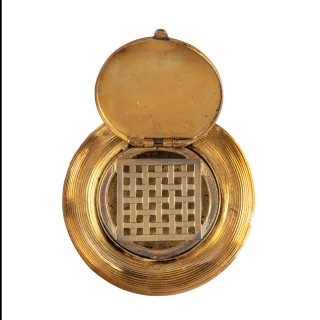 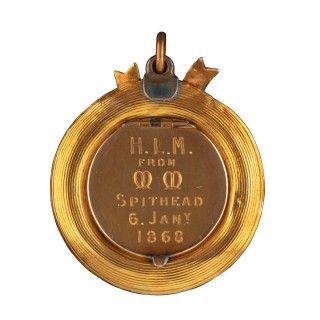 This gold and enamel vinaigrette is designed as a sailor’s sennit hat with DANAE in gold on the black enamel tally band. The hinged base engraved H.L.M from M.M Spithead 6. Jan.y 1868 and opening to reveal a pierced and hinged grille designed as a deck grating.
English, 1868.

Provenance: The gift of Captain Sir Malcolm Murray-MacGregor RN to his wife Helen Laura MacGregor. Malcolm Murray-MacGregor (1834-1879) succeeded his father as 4th baronet and 21st Chief of Clan MacGregor in 1851. His mother Mary (1813-1896) was daughter and coheir of Admiral Sir Thomas Masterman Hardy, GCB (1769-1839), flag captain of Victory at the Battle of Trafalgar (see also Page 64) A career in the Royal Navy was inevitable. Made lieutenant in 1854, Murray-MacGregor received his first command on the
Australian station four years later in Harrier. In 1863 he married Lady Helen McDonnell (1837-1922) daughter of 4th Earl of Antrim with whom he had five children. Appointed captain of the newly-constructed sloop Danae in 1867, Murray-MacGregor commissioned this gift for his wife before departing on the ship’s maiden voyage to the Cape and West African Station.