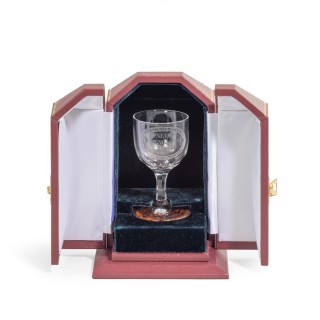 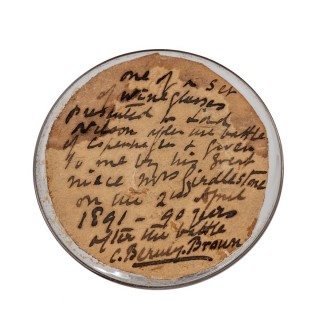 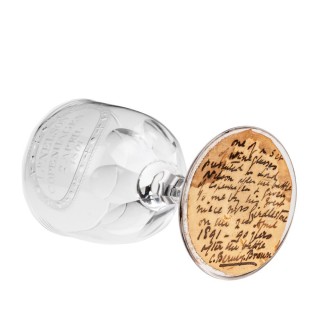 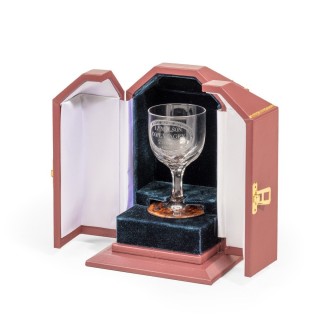 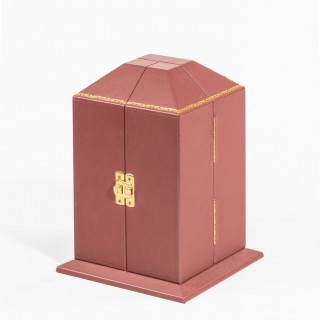 This small drinking glass has a facetted stem and bowl and is inscribed in an oval cartouche ‘Ld Nelson Copenhagen 2nd April 1801.’ Under the circular foot is pasted a hand- written note reading ‘One of a set of wine glasses presented to Lord Nelson after the battle of Copenhagen and given to me by his great niece Miss Girdlestone on the 2nd April 1891 – 90 years after the battle. C Berwin Brown’.
English, 1801.
Hard-fought by Nelson in April 1801, souvenirs of the Battle of Copenhagen are rare as the victory came at a politically inopportune moment for the British government. The death of Tsar Paul I on 23 March – news of which failed to reach the fleet in time – broke Russia’s aggressive pact with Denmark which was soon being courted again by the British as an ally in the war against Napoleon. To Nelson’s disgust, the battle was not
recognised with official medals and, unlike his victory at the Nile just three years before, there was no public appetite for souvenir items. Nevertheless, he recognised the battle on his ‘Baltic’ pattern service of porcelain and, as evidenced by his niece Frances Girdlestone, with a set of commemorative glasses to toast his own victory, of which this appears to be the sole surviving example.

As a family member, Frances Girdlestone (1858-1939) was custodian of many important Nelson relics. Her mother was Anne Bolton, daughter of Nelson’s eldest sister Susannah who had received numerous heirlooms after Trafalgar. In the 1930’s Miss Girdlestone sold several items at auction, including other wine glasses from Nelson’s collection which were purchased for the newly- established National Maritime Museum at Greenwich. The museum received further objects by bequest after Miss Girdlestone’s death in 1939.