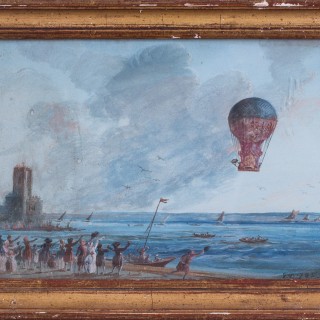 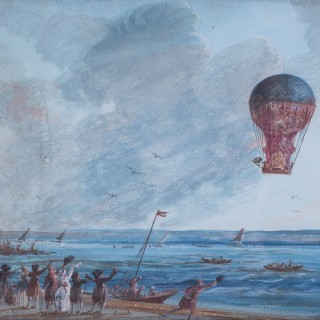 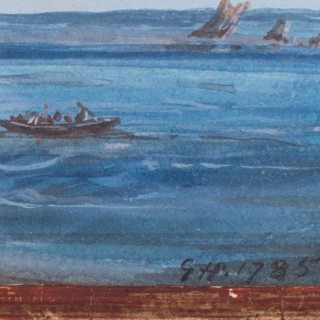 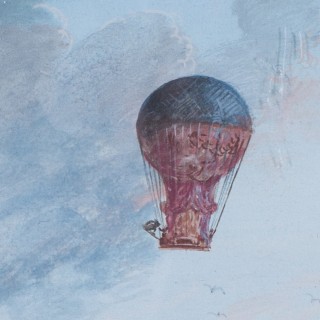 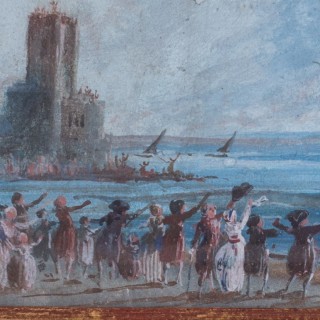 Aero Montgolfiere piloted by Rozier and Romain, the first attempted crossing of the English Channel.

Jean-Francois Pilatre de Rozier was a chemistry and physics teacher who was one of the first pioneers of aviation. He made the first manned free balloon flight in 1783. A character who diced with danger he tested the flammability of hydrogen by gulping a mouthful and blowing it across an open flame proving at a stroke that hydrogen is indeed highly combustible and that eyebrows are not necessarily a permanent feature on one’s face. Witnessing the first demonstration of the balloon by the Montgolfiere brothers in June 1783, he assisted with the untethered flight of a sheep, a cockerell and a duck from the front courtyard of the Palace of Versaille. Louis XVI, the French king decided that the first manned flight should contain 2 condemned criminals because the danger it held but de Rozier, with the help of the Duchess De Polgnac persuaded the King that the honour of becoming the first balloonists should belong to someone of higher status and the Marquis d’Arlande agreed to accompany him. Following a further 2 flights, one in a huge balloon, the other in front of Louise XVI and Gustave 3rd of Sweden, de Rozier’s next plan was an attempt to cross the English channel which this little gem of a painting documents. A Montgolfiere balloon would not be up to the task requiring large amounts of fuel for the hot air so his balloon ‘The Roziere’ balloon was a combination of Hydrogen and hotair. There were however beaten to the Punch by Jean Pierre Blanchard and his American companion Doctor John Jeffries who flew across the channel in a hydrogen balloon on the 7th January in 1785 from England to France. Despite several attempts Rozier and his companion Pierre Romain were not able to set off from Bologne sur Mare until the 15th June 1785. After making some progress a change of wind direction pushed them back to land 5 km from their starting point, the balloon suddenly deflated without the envelope catching fire and crashed near Wimereux in the Pas-De-Calais, from an estimated height of 450 m. Both oupants were killed.

Aero Montgolfiere piloted by Rozier and Romain, the first attempted crossing of the English Channel.