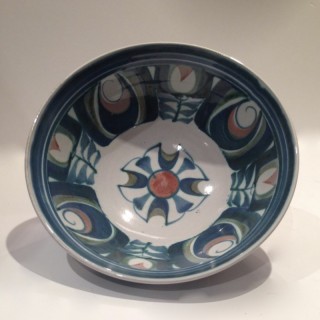 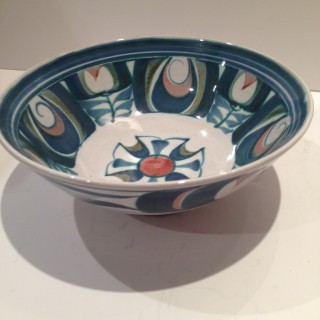 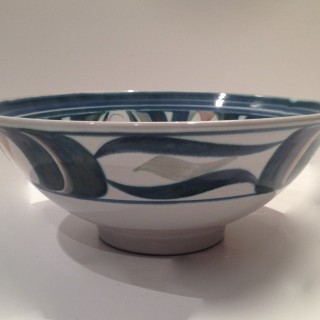 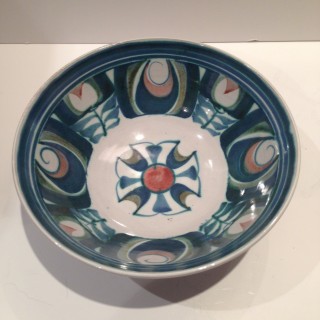 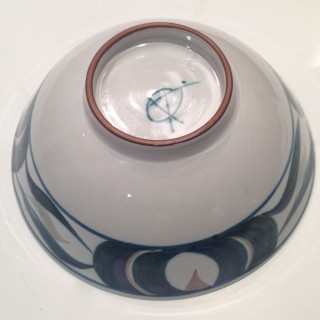 ALAN CAIGER-SMITH (1930-2020) A BOWL painted in blue and red glazes, monogrammed to
Alan Caiger-Smith was an influential British studio potter and writer born in Buenos Aires, Argentina. He studied at the Camberwell School of Arts and Crafts, London (1947-49), before reading History at King’s College, Cambridge (1949-52). In 1954 he began his formal training as a potter under Dora Billington at the Central School of Art and Design. The following year he established the Aldermaston Pottery in Berkshire with six assistants, including Geoffrey Eastop.