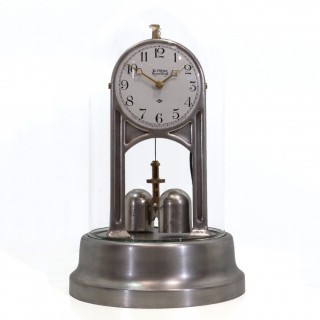 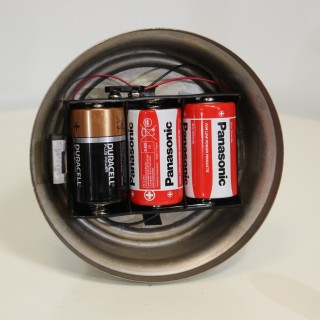 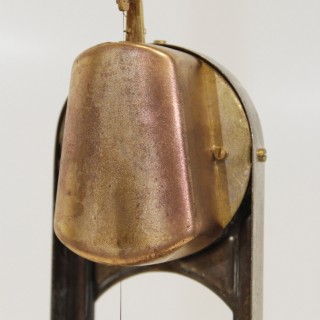 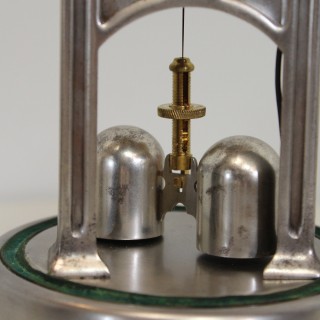 The 400-day clock (or “Anniversary” clock) is a very popular design as the movement of the rotating pendulum makes the clock an interesting kinetic ornament.

Today, very many are being made with quartz movements, but this technology pre-dates the invention of the first quartz mechanism  (in 1927) by a quarter of a century.

The solenoid is activated by 3 x D-cell 1.5V batteries neatly concealed within the base, in a modern battery holder supported by the original fittings.

The dial is signed for the manufacturer, TIFFANY NEVER WIND (CLOCK Co.) over their logo.

The frame and pendulum have been silver-plated with a soft satin finish, as opposed to bright.

The clock is mounted on a turned silver-plated brass base, and protected under a glass dome.