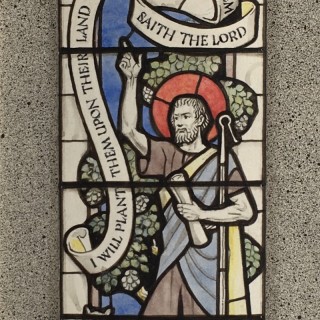 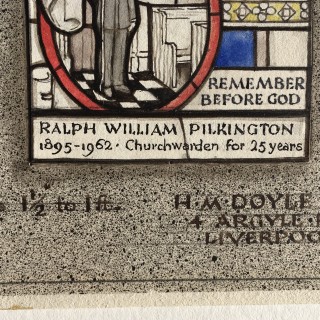 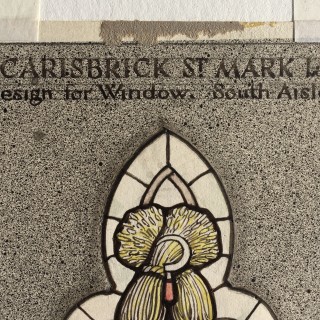 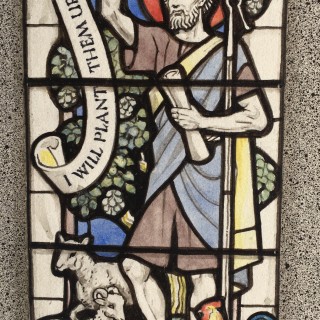 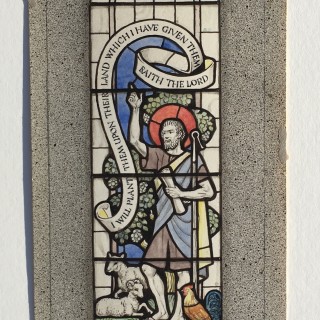 Doyle was born in Liverpool where he studied at the College of Art and first found his interest in stained glass design. He gained a scholarship to study with Martin Travers as the Royal College of Art and later worked as his assistant. In 1935 he gained his Diploma in Design and was three times winner of the Annual Competition of the Worshipful Company of Glaziers. From the late 1950s he was based in Liverpool where he established his own studio, receiving many important local commissions. He moved to the outskirts of Llandudno in 1966. He was a member of the British Society of Master Painters in Stained Glass.