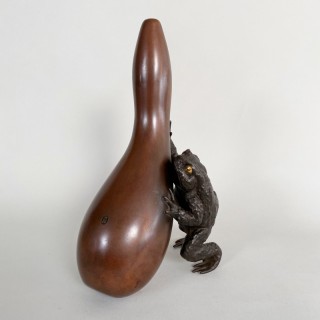 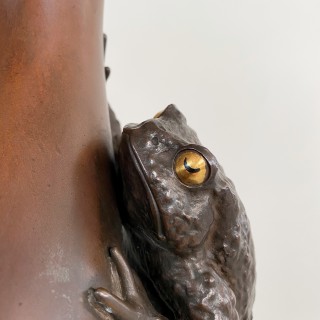 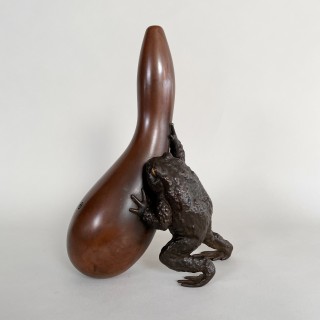 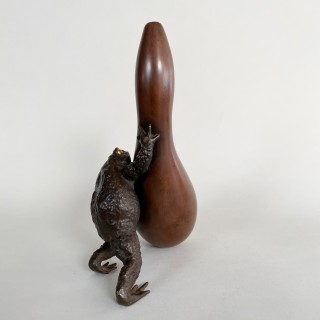 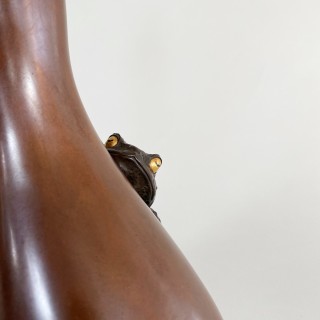 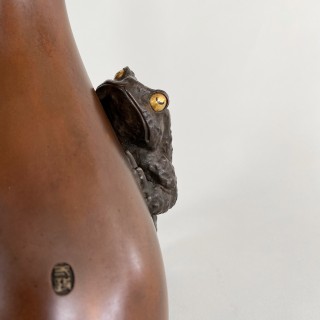 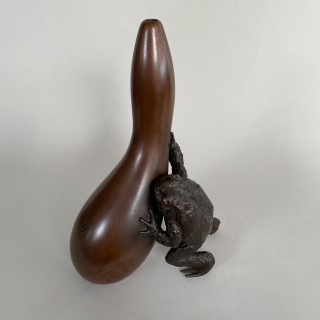 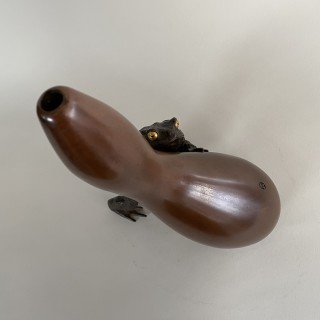 An amusing Bronze Okimono of a toad struggling with a gourd

This amusing Bronze Okimono of a toad struggling to carry a large Gourd dates from the Japanese Meiji era. The piece doubles as a vase and is signed on the main body.

Please don’t hesitate to contact us for additional photographs, video or to arrange an appointment.

Toads appear in many popular Japanese folk tales such as Jiraiya, a ninja who used shape-shifting magic to transform into a giant toad.
They are also a symbol of Gama Sennin which translates as ‘Toad Immortal’ is almost always seen with at least one toad. He is based on the 10th century Chinese alchemist, Liu Hai, who learned the secrets of immortality from a great three legged toad. He is a master of healing and herbs and has the ability to transform into a toad as well as fly, and release his spirit from his body.

The calabash or long melon has been used throughout the world as a vegetable and container. They were one of the first plants grown primarily for use as a container. Older fruits are dried and hollowed out to form a bottle used to store and transport liquor or medicine, and as such are a symbol of health in Asia.

An amusing Bronze Okimono of a toad struggling with a gourd