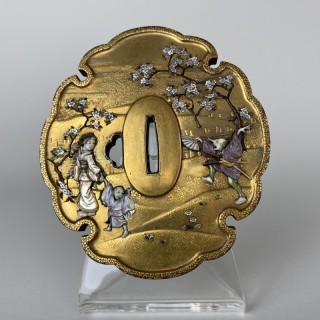 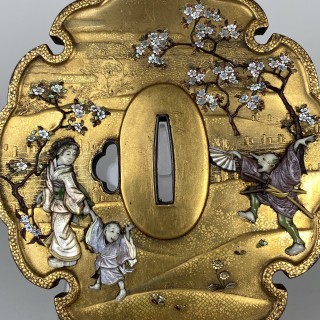 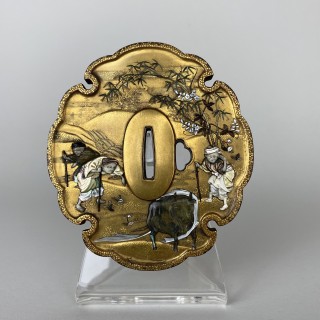 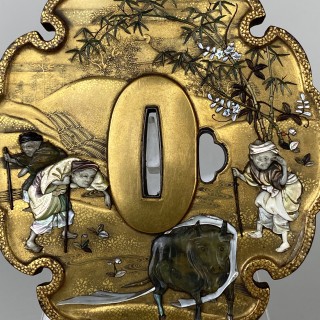 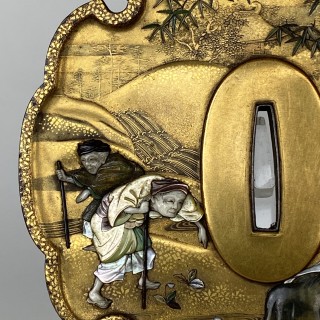 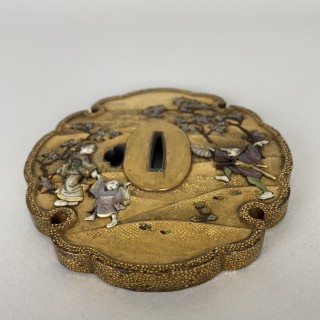 A Japanese Meiji Period (1868-1912) gold lacquer tsuba with Shibayama decoration of an amusing scene of a peddler dressed as the Tengu King entertaining a mother and child and three elderly blind people looking for a bull which seems to have run off with their sheet.

The cow is a familiar symbol in Japanese temples, it is regarded as a messenger of the gods. They are a symbol of good harvest and protectors from illness.