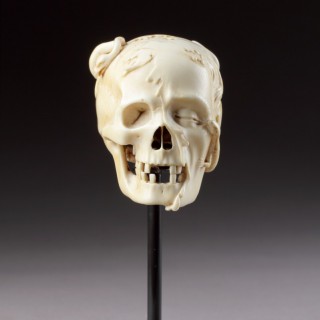 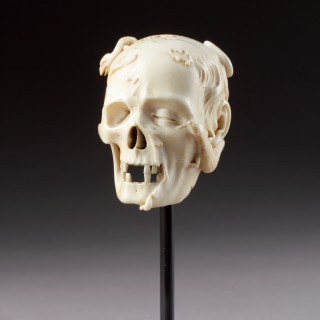 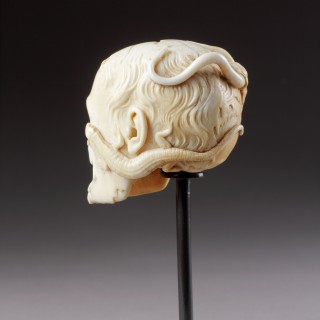 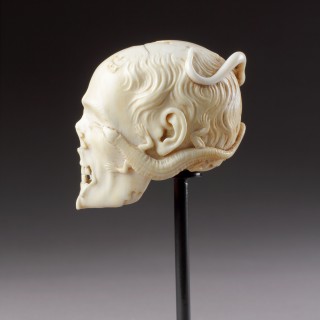 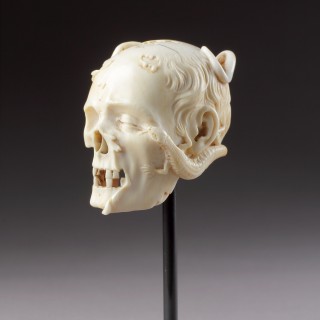 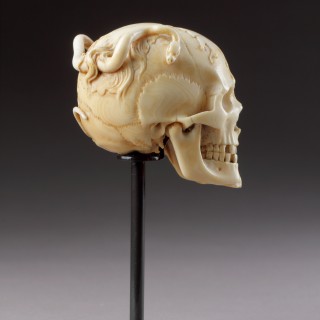 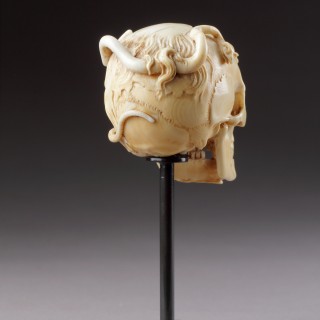 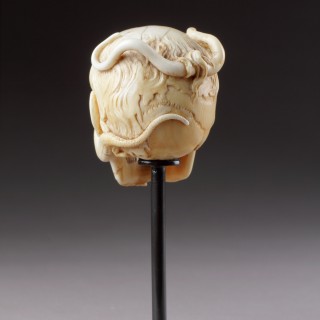 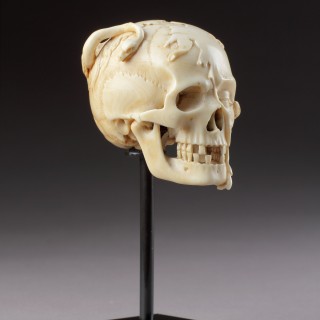 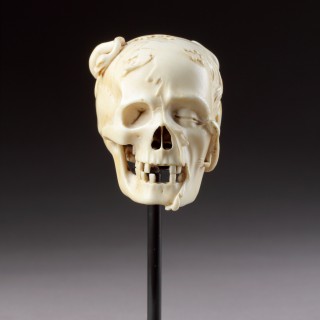 A dramatic representation of decomposition, this superb ‘memento mori’ was made as an object for private meditation. North of the Alps they were popular objects from the Renaissance onwards as a constant reminder of the transience of earthly life and an admonition to do penance. Actions taken in life could affect one’s fate after death, and penance or good works undertaken whilst alive were said to be more than twice as effective as reliance on family prayers after death. The aim was to minimise the time the soul spent in purgatory, and so the seven works of Mercy: to feed the hungry, to give drink to the thirsty, to clothe the naked, to shelter the homeless, to visit the sick, to visit the prisoner and to bury the dead, were all taken very seriously as it was important to maximise one’s spiritual well-being.
Emphasising the vanitas aspect with the carved scraps of skin, invasive snake and lizard, the sculpture shows an all pervading interest in anatomy, which was a new science around 1620.