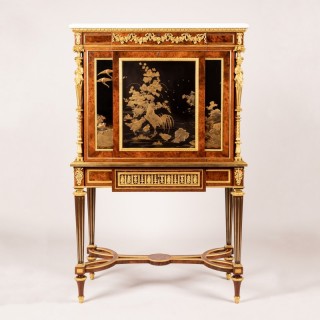 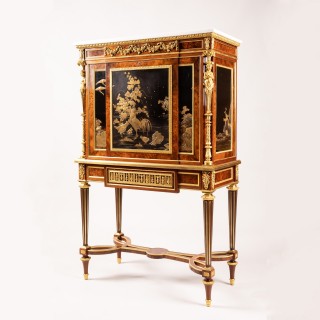 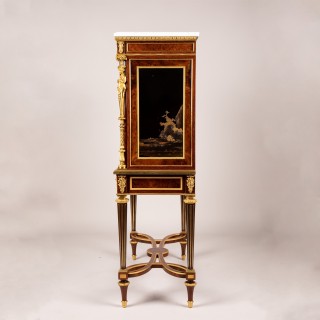 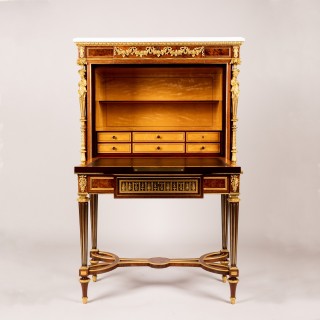 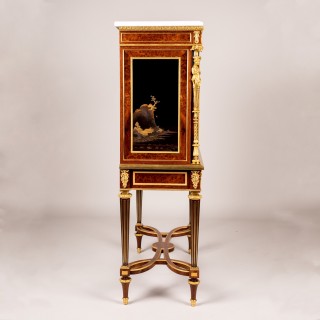 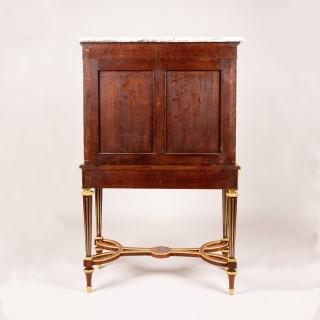 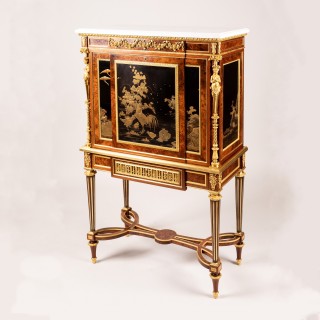 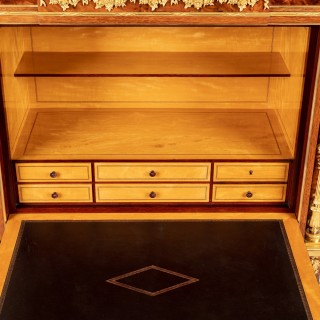 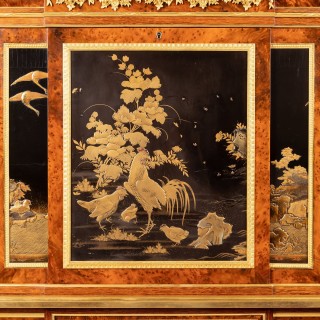 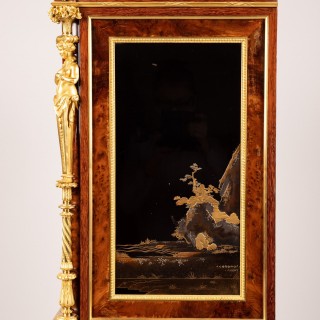 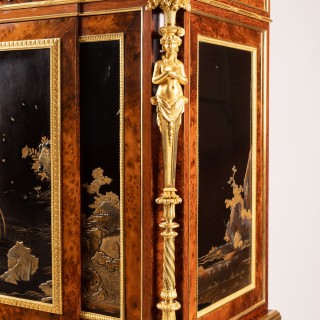 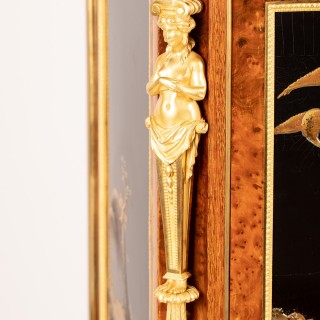 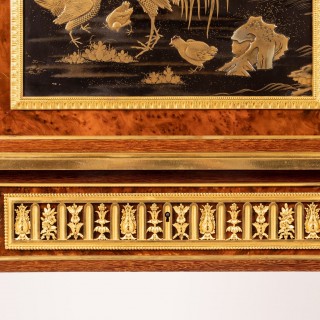 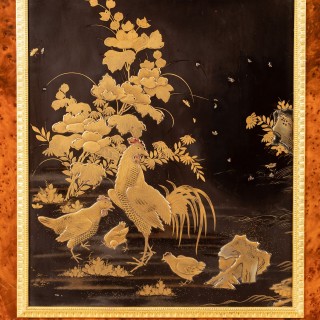 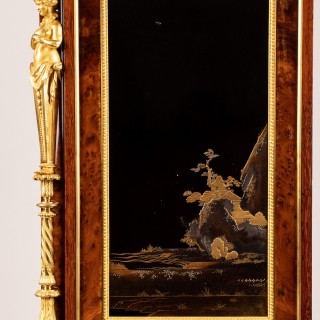 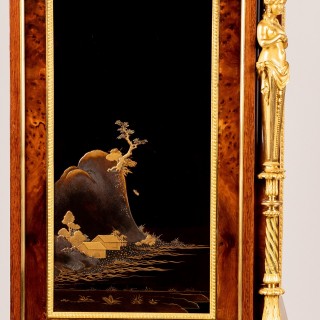 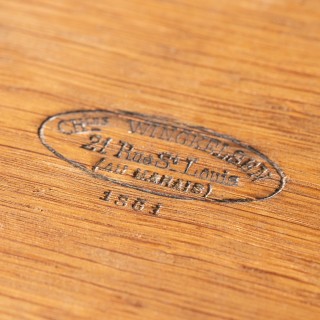 Undoubtedly one of the finest and most well-preserved mid nineteenth century fall-front cabinets, veneered in amaranth and costly thuyawood, mounted with Japanese black & gold lacquer panels to all sides and dressed with hand-chased and fire-gilded bronze mounts; the breakfronted secretaire inspired by the work of Adam Weisweiler. Rising from tapering collared toupie feet joined by an interlaced stretcher; the fluted legs inlaid with polished brass filets; the apron housing a panelled lockable drawer; over, the fall front hinged panel set with lacquer panels, opening up to reveal a bois de citronnier interior with an arrangement of five fitted drawers, the corners with detached ormolu caryatids standing on colonettes supporting the entablement enclosing a further drawer with a thumbnail moulded platform atop. Stamped and dated by the maker.
French, dated 1861

Born in Neuwied, and believed to have served his apprenticeship under the tutelage of one the greatest of all German cabinet makers, David Roentgen, from whom he incorporated the fashionable combination of brass and mahogany, each counterpointing the other.  He established himself at 67 Rue du Faubourg-Sainte-Antoine in the reign of Louis XVI, obtaining Royal Commissions from the Queen for the Chateau St. Cloud. Madame de Pompadour and her brother, the Marquis de Marigny, encouraged his adoption of the restrained gout anglais. Features that were repeated in his oeuvres were the loop form stretcher, and the cluster colonettes.

Weisweiler’s work is located at various international museums, such as the Metropolitan Museum of Art, Getty Museum, Victoria and Albert Museum, Royal Collection, The Wallace Collection, and the Louvre.

Winckelsen first came to prominence for the excellence of his work from his address at Rue Val-Sainte-Catherine, subsequently at 21 rue Saint-Louis, and he later worked from Rue de Turenne; specialising in fine furniture, lighting and decoration of the ancien regime.

Though his furniture is comparatively rare, Winckelsen’s pieces are consistently made to the highest standard, with the bronze mounts arguably some of the best ever produced in nineteenth-century France. Established in 1854, Winckelsen employed some of the greatest talent in France, including the once independent Jean-Louis-Benjamin Gros, who was named as an expert judge in winding up the Winckelsen firm when it ceased trading in 1871. The bronze chaser Joseph-Nicolas Langlois also joined, the quality of whose work raised the firm to the highest echelons of Paris chasing. His clients included the Prince Radziwill and the Marquis de Lilliers. Denis Ledoux-Lebard notes the small output of the company, since quality was his main aim; after his death, his stock and workmen were taken over by Henry Dasson for the immense sum of 14,000 francs, given the average worker earned less than 5 francs a day.