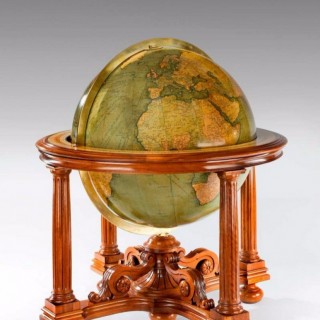 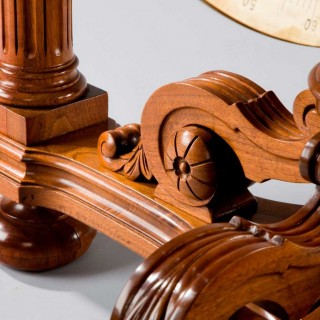 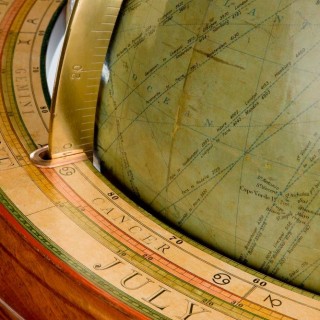 An impressive 30" Globe by Rand McNally

Rand McNally: William Rand opened his first print shop in I856 in Chicago and hired McNally, an Irish immigrant, in I858. In I868 the two established a partnership as printers to produce the newspaper for the Chicago Tribune as well as timetables, travel guides and tickets for the fast growing railroad industry. In 1872, the company pioneered cerography, an innovative wax-engraving print technique. As a result they were producing globe gores for their own production and that of many other Chicago globe makers by the 1890s. Rand McNally are best known for their travel maps but also still produce globes to this day, mainly for the educational market.

An impressive 30" Globe by Rand McNally