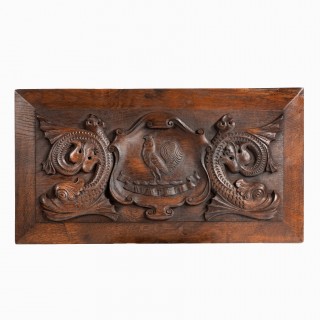 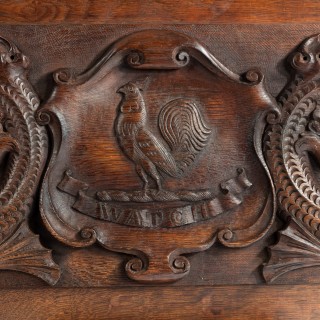 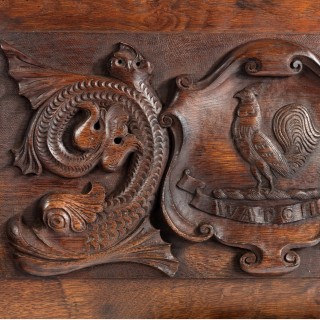 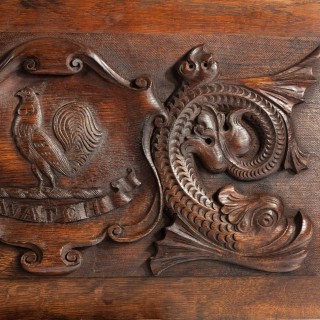 An oak barge board with the Insignia of Admiral Sir G.E. Patey

An oak barge board with the Insignia of Admiral Sir G.E. Patey, of rectangular form with a central escutcheon enclosing the arms of the Patey family; a cockerel and a ribbon bearing the word WATCH, flanked by dolphins with scrolling tails. This piece board was attached to Admiral Sir George Patey’s barge, which transported him from shore to his ship.

Footnote: Admiral Sir George Edwin Patey KCMG KCVO joined the Navy aged just 12. Seeing action ashore during the Anglo-Zulu War in the Naval Brigade, he earned the Zulu Medal as a Sub Lieutenant. Rising steadily through the ranks to the post of Commander in 1894, he then served in Naval Intelligence as Assistant Director. His career ascent continued following secondment to the Australian Navy. At the outbreak of the Great War he commanded the Australian Naval Squadron, his ship being HMAS Australia. He was promoted to full Admiral in 1918.

An oak barge board with the Insignia of Admiral Sir G.E. Patey