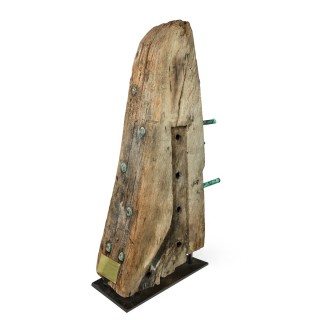 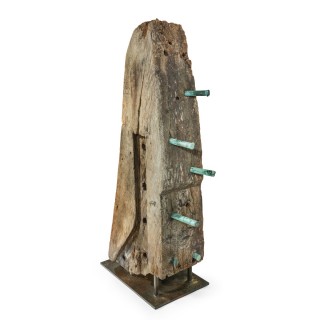 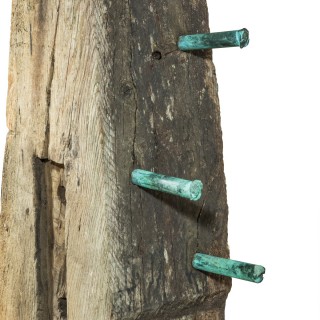 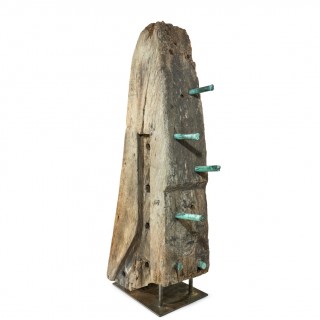 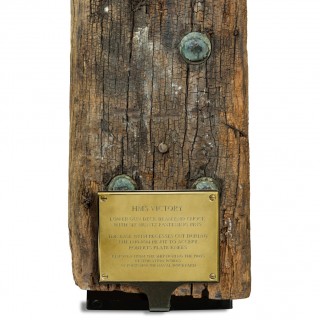 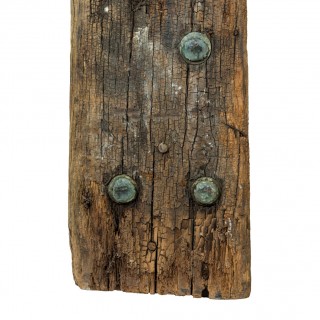 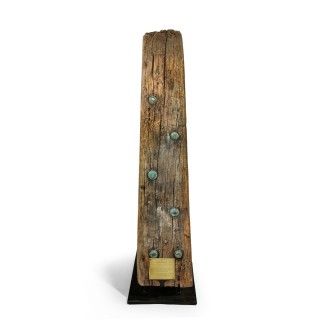 An oak beam end chock from HMS Victory This triangular lower gun deck beam end chock has six copper and muntz fastening pins protruding from the back. The sides have recesses cut during the 1810-1814 re-fit to accept ‘Roberts plate’ knees.

Photograph of the lower gun deck showing a chock, with the Roberts plate in position. Courtesy of Neil Howard Photos

Accompanied by a letter from Douglas Dunbar stating that ‘the following relics from Lord Nelson’s Flagship, HMS Victory, were gifted to my father, Malcolm Dunbar, Command Public Relations Officer by Admiral Frank Hopkins, Commanding Officer of HMS Victory in 1967. I was a boy at the time, and I remember them being delivered to our home at 29 Craneswater Park, Southsea, by a sizeable squad of M.O.D. personnel from Portsmouth Dockyard. The relics include a large ‘chock knee’ section which weighs circa 250kg’

The ‘chock knee’ has also been authenticated by Andrew Baines, Head of Historic Ships at the National Museum of the Royal Navy.