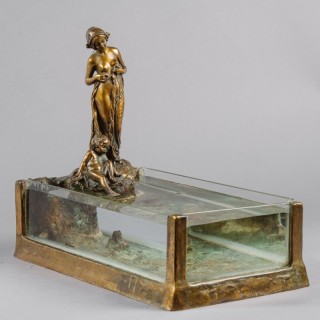 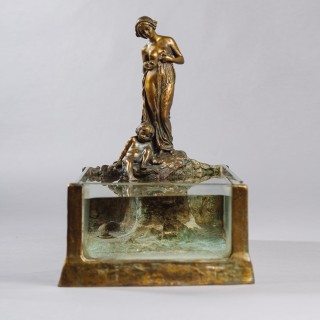 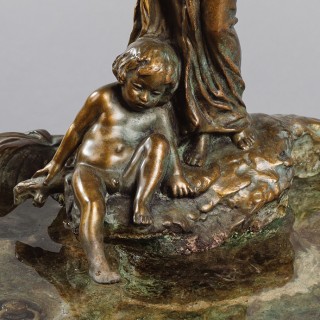 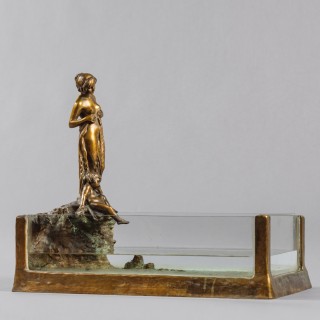 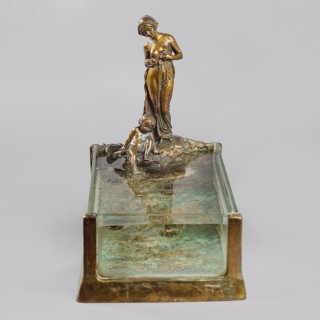 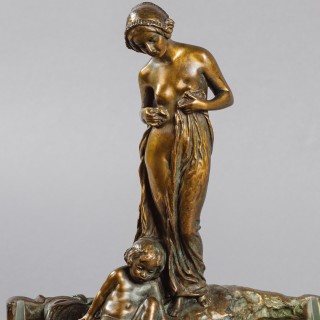 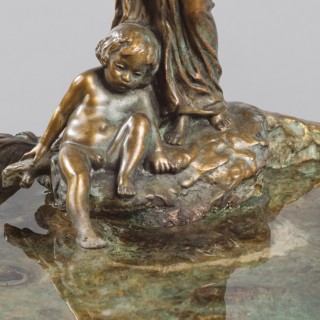 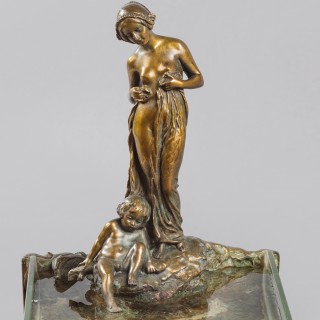 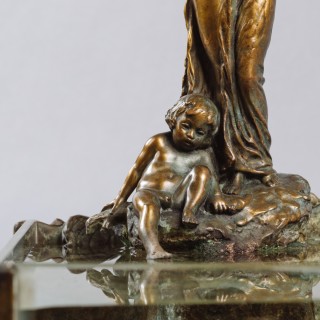 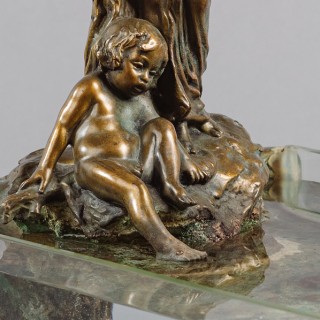 This unusual patinated bronze aquarium is of rectangular form with glass sides and, it features to one end a finely modelled figure of a bathing maiden with a young boy, standing on a rocky outcrop at the waters edge.

The design is characteristic of the playful and naturalistic approach of Tereszczuk’s art nouveau work.

Peter Tereszczuk (1875-1963) was an important Austrian-Ukrainian sculptor working in Vienna and known for his expressive and naturalistic Art Nouveau bronze sculptures.

Born in 1875 in Wybudow, Ukraine then part of the Austrian-Hungarian Empire, Tereszczuk moved to Vienna to study sculpture at the Kunstgewerbeschule from 1893-1899 under Hermann Klotz.

He lived and worked in Vienna at Zollergasse 43, the section of the city famous for its foundries and created fine bronze figural groups and sculptures in the Art nouveau style. His work is distinctive in style, often sentimental and with intriguing and contemplative expressions; the figures often with ivory faces and hands. He also created beautiful objects of art such as desk sets and table lamps.

At the start of his career, following some time as a professor in Bohemia, he began an association with a Viennese artist by the name of Ulrich, and some of his works from this period are stamped with the foundry mark ‘TU’. More commonly his works were cast by the important Viennese foundry belonging to Arthur Rubenstein and are stamped ‘AR’.

His most important works in bronze were made in the years 1895 to 1925 in the Art Nouveau and Art Deco style. Following the 2nd World War he concentrated his efforts on restoration, including works at the Rochus Church and the Vienna Belvedere. In his latter years he returned to wood carving and painting often of religious themes. He died in Vienna in 1963.