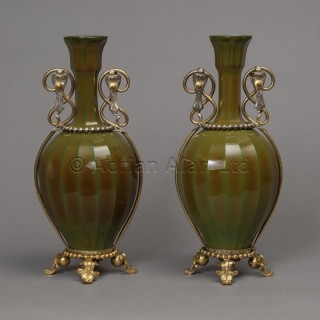 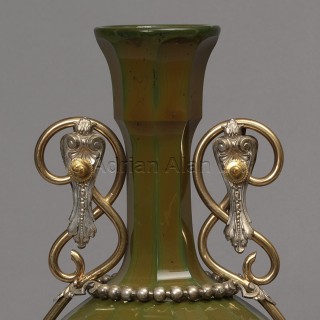 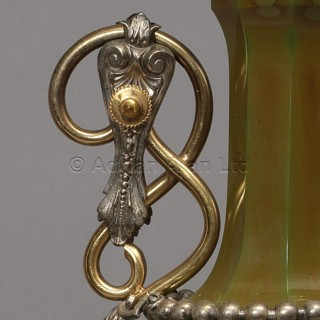 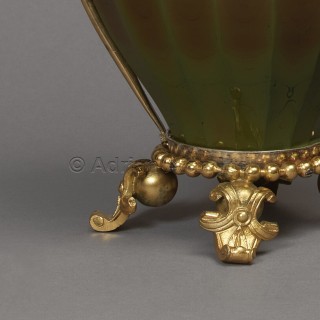 Developed by the Bohemian chemist Friedrich Egermann (1777-1864) in 1828, Lithyalin glass is an opaque or translucent marbled glass with a surface resembling polished hardstones. Egermann patented this complex process which involved the introduction of dyes into molten glass in 1829. Following the expiration of the patent, similar pieces were made in France, Bohemia, and Russia.

La Cristallerie de Saint Louis is one of the world’s oldest and foremost creators of French glass.

The Münzthal Glassworks were founded in 1586 in the Bitche region (Lorraine, France) and in 1767, Louis XV gave Münzthal (as Saint-Louis was then known) the name of Verrerie Royale de Saint-Louis (Saint-Louis Royal Glassworks) and granted permission to use wood from the Bitche forest to fuel the furnaces.

Fifteen years later, the formula for producing crystal was discovered at Saint-Louis’ and the company was renamed La Cristallerie Royale de Saint- Louis, and has since acquired a reputation for producing some of the world’s finest works of crystal.