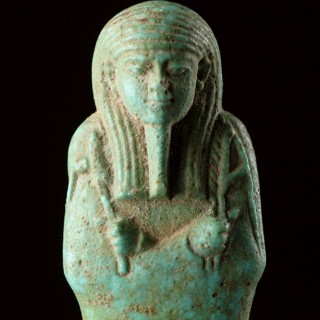 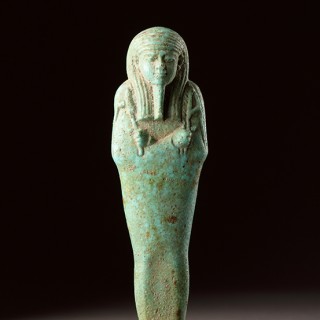 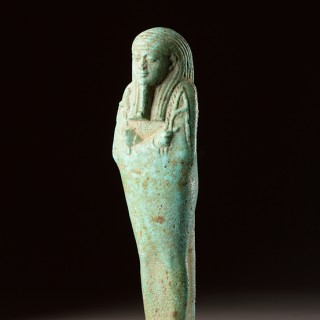 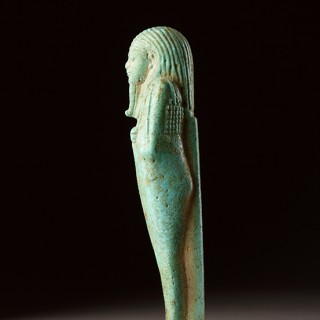 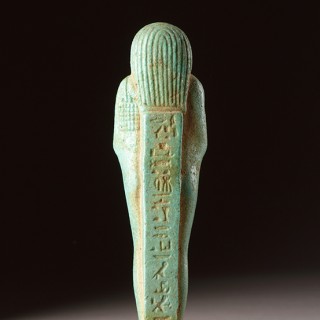 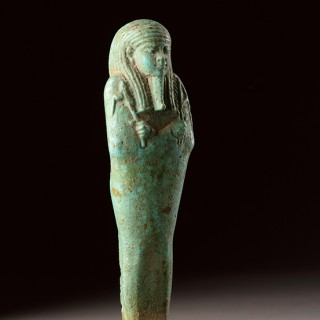 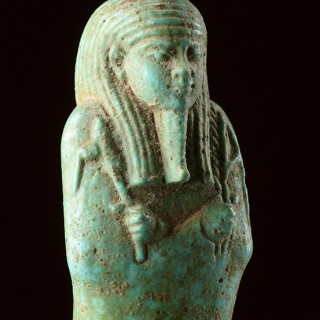 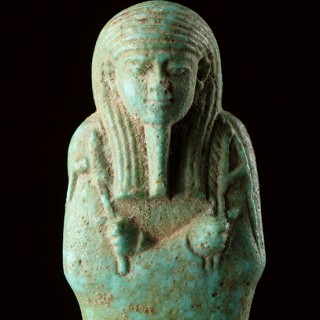 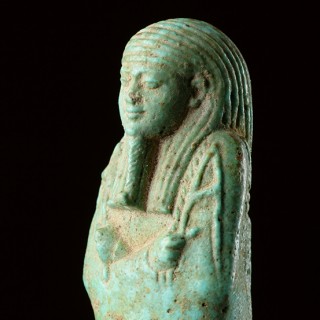 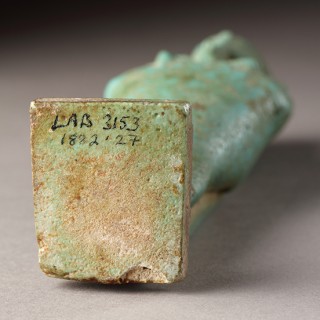 A Fine Ancient Egyptian Turquoise Blue Faïence Ushabti with Inscription to Pillar on reverse stating: Padi-Neith Son of Hetep-Bastet the Intendant of the Horses and Scribe of the Royal Stables of King Ahmose II
Small chip under base
With ‘L.A.B 3153 1882.27’ in black ink to base
Late Period 26th Dynasty (664 – 525 BC)

Provenance:
The Tomb of Padi-Neith was found by Alessandro Barsanti in the late 19th Century
Ex Private English collection

Mummiform funerary figures ‘shabti’ developed during the Middle Kingdom out of the statuettes and models provided in the tombs of the Old Kingdom. In the Middle Kingdom there was usually just one shabti placed into the tomb, but when the manufacture of faïence shabtis became standardised mass production during the Late Period led to large numbers being placed in each tomb. Seti I (1294 – 1279 BC) is said to have had over 700 with him when they found his tomb. Their purpose was to spare their owner from menial labour in the afterlife which would be required for the deceased to produce his or her food. Shabti stood in for both the deceased, in whose name they would answer the call to work, and the servants of the deceased. It is unknown where the word ‘shabti’ came from, but by the Late Period (747 – 332 BC) the term ‘ushabti’ meaning ‘answerer’ was in general use.