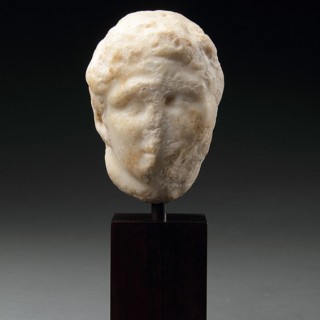 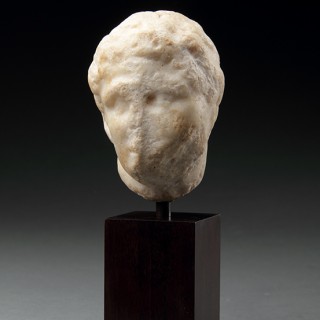 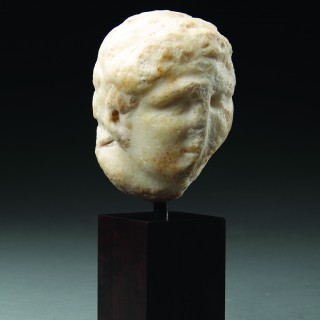 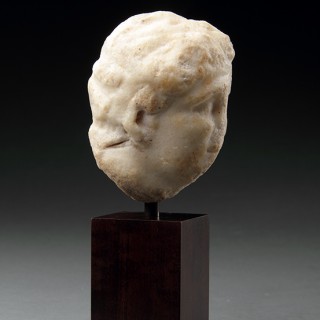 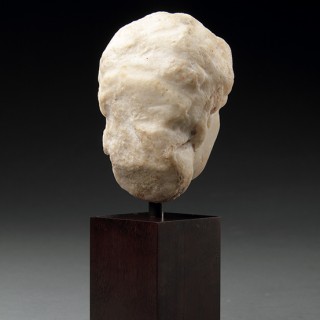 Ancient Greek Marble Fragment of the Head of a Youth

An Ancient Greek Marble Fragment of the Head of a Youth
Perhaps Hermes
4th Century B.C

Hermes was the messenger of the Gods who often led men astray. He was looked upon as the patron of good luck and fortune as he had invented the game of knuckle bones and the art of divining by them. As the patron of merchants he is credited with inventing weights and measures. Hades engaged him as his herald to summon the dying gently and eloquently by laying his golden staff upon their eyes. As a ‘psychopompos’ he was a ‘leader of souls’ escorting the dead to the underworld of Hades. He also assisted the Three Fates in the composition of the alphabet, invented astronomy, the musical scale, the arts of boxing and gymnastics and the cultivation of the olive tree!

Ancient Greek Marble Fragment of the Head of a Youth