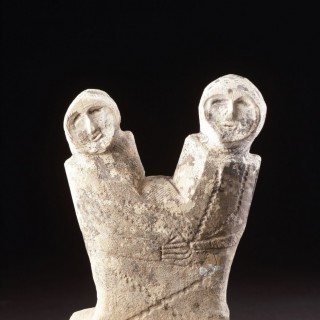 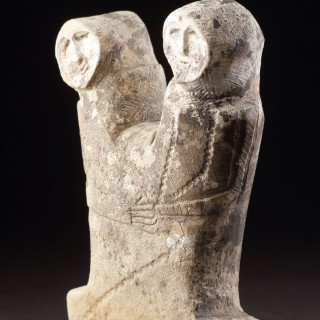 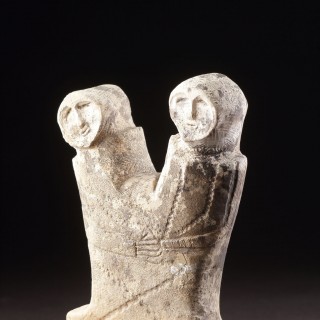 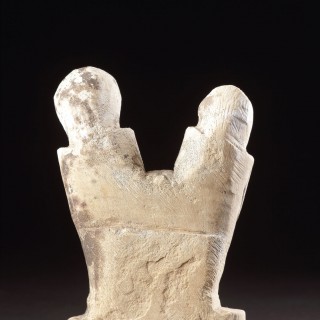 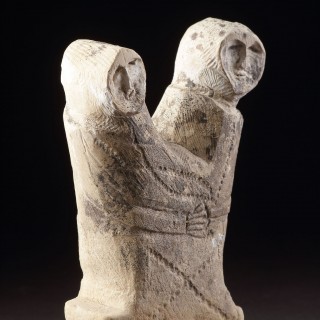 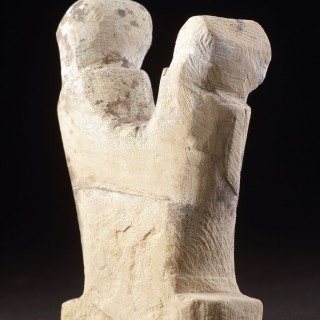 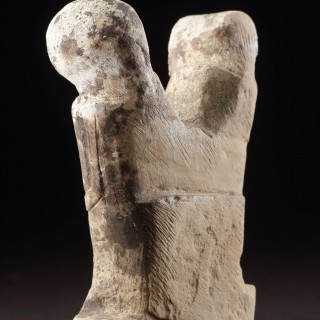 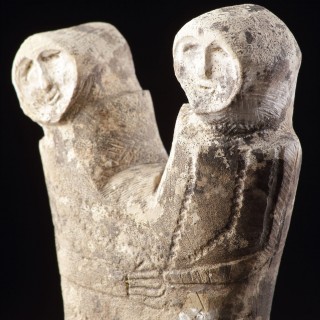 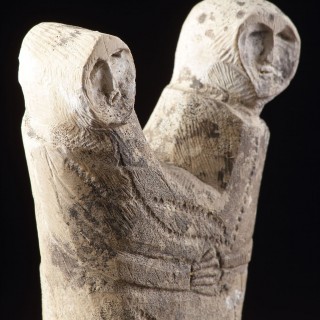 cf: Ancient figurine of a Votive Limestone Bird from the Jordan Valley Gigal 1 Site in the collection of Israel Musuem Jerusalem

The Philistine Kingdom existed in parallel to the Israelite Kingdoms during the Iron Age. Their distinctive material culture was derived from Aegean origins and rapidly absorbed Cypriot, Egyptian and local Caanite influences. Part of an interesting population movement known as the ‘Sea Peoples’ which took place at the beginning of the 1st Millennium B.C they established themselves in the southern limits of the Levant close to the Mediterranean sea. Based on archaeological remains they were not ignorant as their name implies, but a cultured and refined people. However, in Biblical text they are regarded as the arch-enemies of the Israelites. In Ancient Egypt from the time of Rameses III, 1185 B.C, they are mentioned in the hieroglyphs on the walls of the Medinet Temple in Thebes.
Figurines representing human spirits were used for personal and collective rites of a shamanistic nature. Similarly figures of domestic animals were used to enhance fertility. Shamans acted as mediators between the earthly and supernatural worlds, responsible for healing the sick, predicting the future, increasing the crop yield and for making rain.