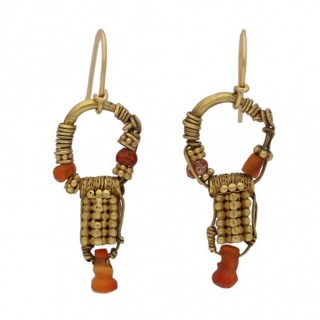 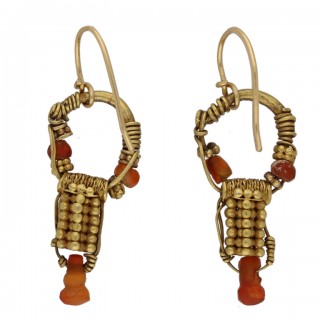 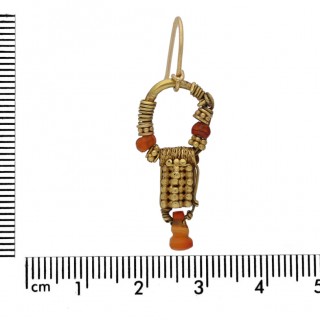 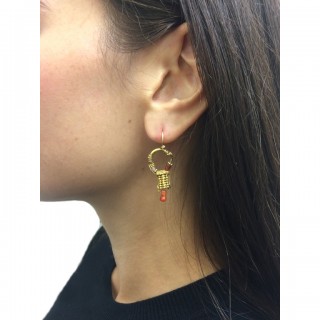 Ancient Parthian carnelian earrings. A matching pair of earrings, each composed of a gold hoop embellished with twisted wire, beads composed of granule decoration and two round carnelian beads, four in total, suspending a cyclindrical pendant created from layered granules and terminating with a carved carnelian bead, two in total, fitted to top with a secure shepherd’s hook, approximately 4cm in length to top of hook. Tested yellow gold, circa 2nd century BC-1st century AD.

The Parthian empire, also known as the Arsacid empire, was a major Iranian cultural and political empire in ancient Iran and Iraq between 247 century BC and 244 century AD.

These earrings have been adapted for modern use in a way which does not affect their historical integrity.

Complete matching earrings such as these are a rare survival from the ancient world. These earrings are a testament to the high level of skill of the craftsmen of the time and are in fine condition commensurate with their age.