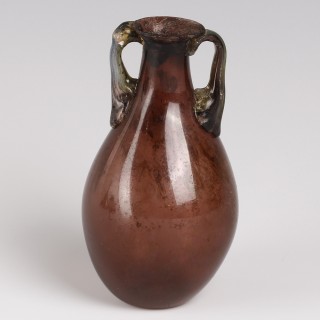 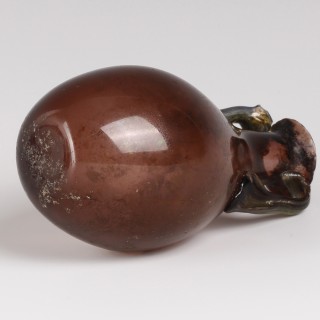 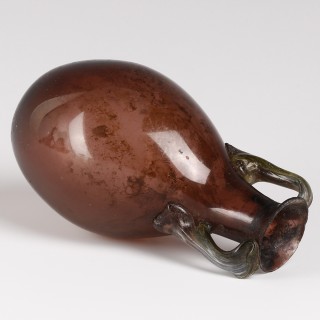 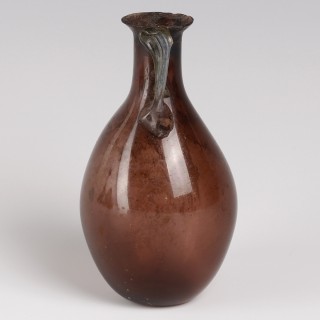 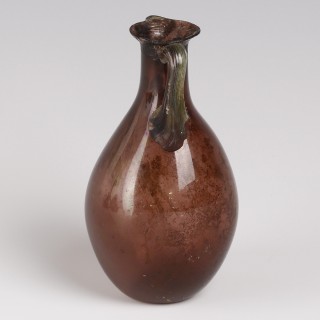 Small glass flasks, such as this example, were used in Antiquity to store oils and expensive perfumes, considered precious at the time and often used both in private life and public ceremonies. These type of vessels were probably used in funerary and burial rituals, hence their frequent occurrence in archaeological excavations of ancient cemeteries. Glass flasks were usually small in size, made to fit comfortably in one’s hand and delicate in nature. They differed slightly in their style to unguentaria which had a more practical purpose, rather than decorative.

Professionally repaired to the rim.