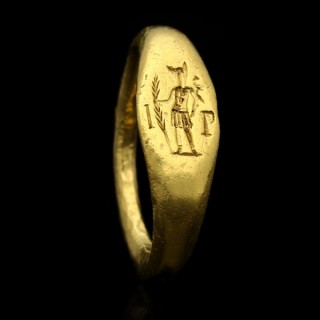 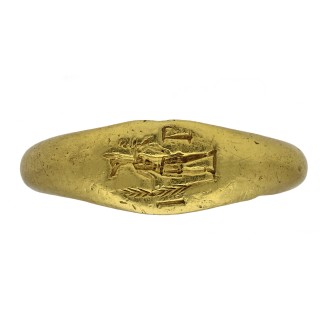 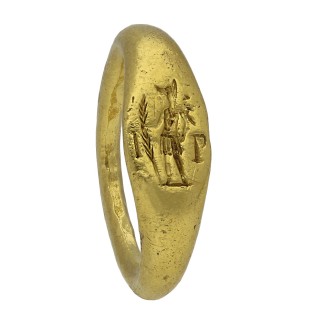 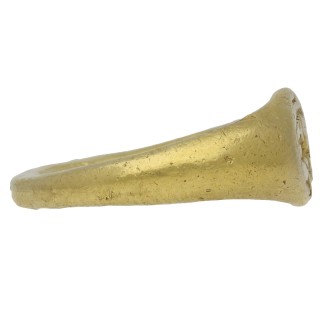 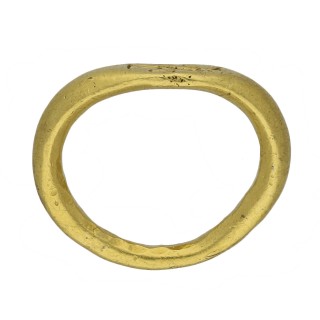 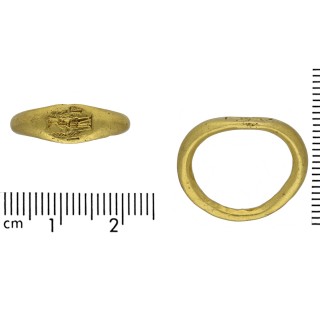 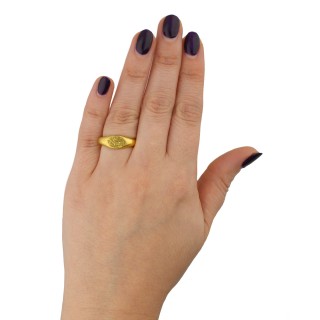 Ancient Roman signet ring. A yellow gold ring composed of an oval bezel engraved with a full-length figure of Hermanubis in Roman dress holding a branch/staff, and flanked by the letters I and P, with integrated conforming shoulders flowing through to a solid tapering shank.

Hermanubis was an amalgamation of Anubis, the Egyptian jackal-headed god of embalming, with Hermes, the Greco-Roman messenger god. Both were conductors of the soul into the afterlife, and thus the two were combined during the Roman domination of Egypt, which lasted from 30 BC to 641 AD.

The intaglio set in this ring is carved with minute precision, each line building up the image which is crisply executed and is in excellent condition.