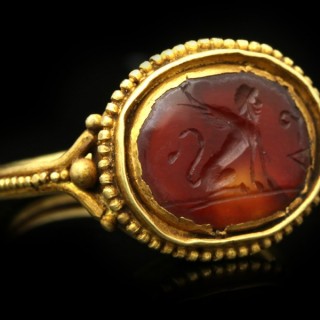 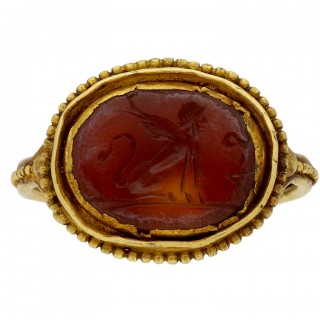 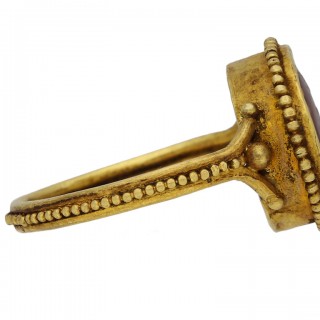 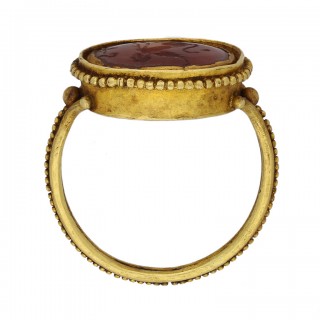 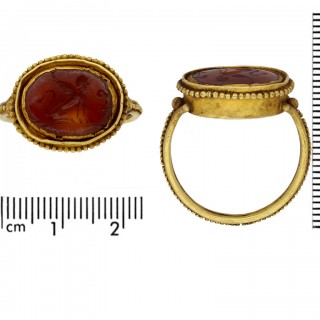 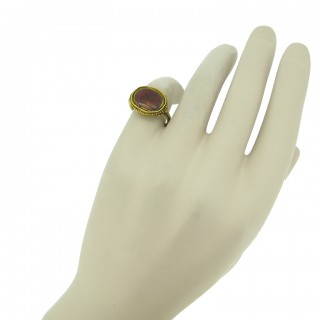 In Greek mythology, the sphinx was mythical monster, which had the head of a human and the body of a lioness, the wings of an eagle, and a serpent-headed tail. The sphinx motif was commonly used during the Renaissance period in decorative art, which was also exported and transformed into many other cultures later.

This ring has fine motifs with decorative details which make it a rare museum quality piece.