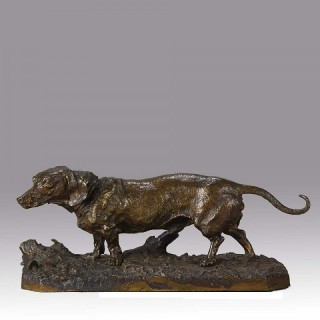 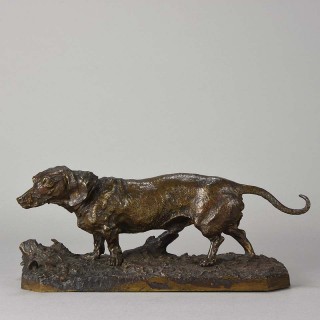 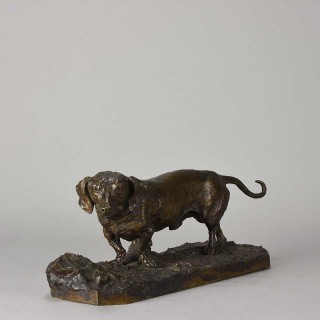 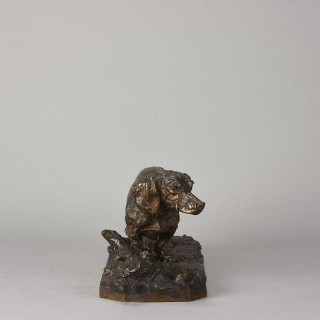 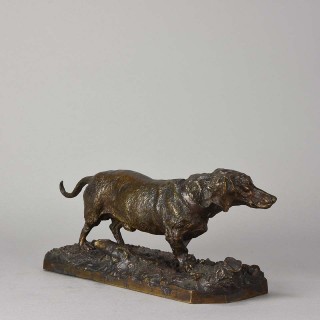 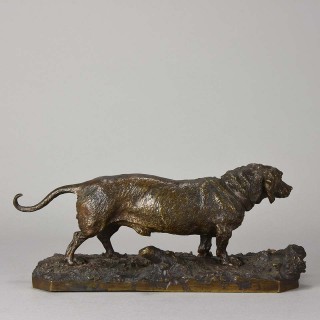 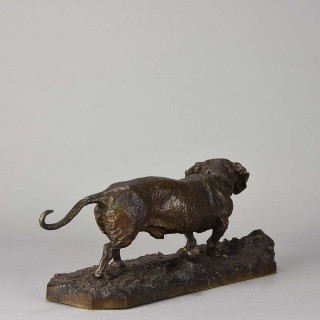 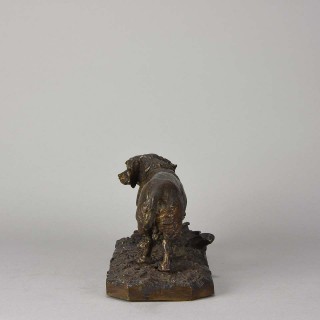 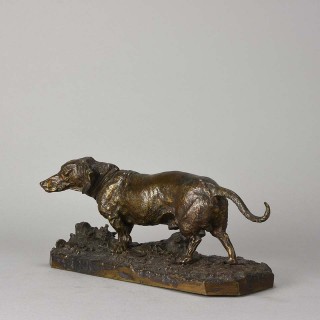 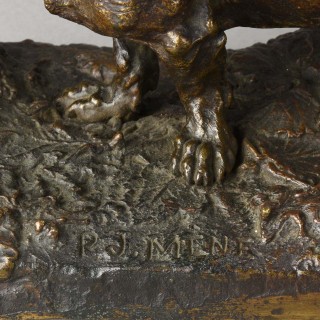 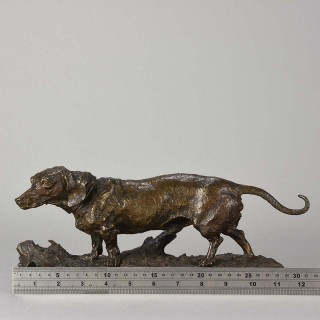 P.J.Mene is probably the best known of the French Animaliers School and his bronzes are today among the most highly prized in this genre. Surrounded as we are by disturbance and even violence, collectors of his work can find relaxation and enjoyment in contemplating the innate grace and beauty of his sculpture.

Beginning in 1838 Mêne worked at his own foundry, casting first his own works and later also those of his son-in-law Auguste Cain. He became absorbed in the meticulous work of casting and chiselling and ensured that during his lifetime the bronzes that were cast were always checked for quality, colour and finish before they were allowed to leave the foundry.

As a regular exhibitor at the Salon des Beaux-Arts many of Mêne’s subjects were shown to the general public in this popular showcase where acclaim and criticism could be judged before including the subject in his general Ouevre. This also served to establish public awareness of his new works and provides a useful reference when dating the origin of a particular cast. As a further point of reference Mêne produced a catalogue of all his works and each of his models has an identifiable catalogue number.

After Mêne’s death in 1879 the Barbedienne and Susse Frères foundries acquired the rights to reproduce his many of his important models and these posthumous casts are marked F Barbedienne Fondeur and Susse Frères fondeur editeur respectively. These bronzes are of a fine quality and are cast by the leading bronze foundries in the late 19th and early 20th Centuries, however they do not have the vitality and attention to detail that Mêne achieved on the casts from his own foundry.

Please note that our items are genuine antiques with considerable age. It is therefore normal that they will show some signs of wear and handling to the surface. This change to the surface is known as ‘patina’ and confirms the age of the item. 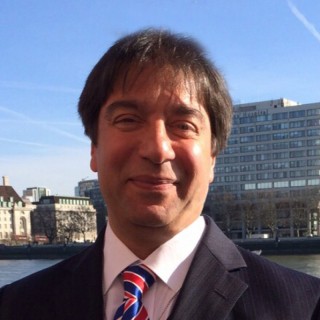