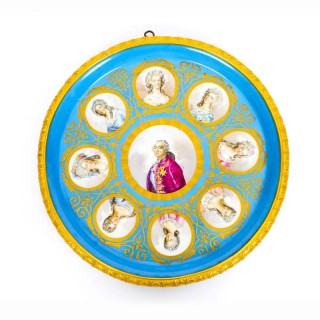 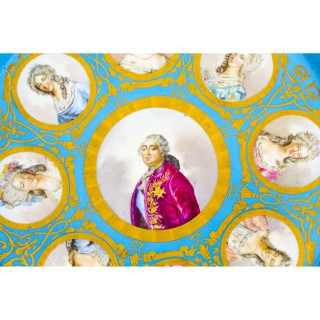 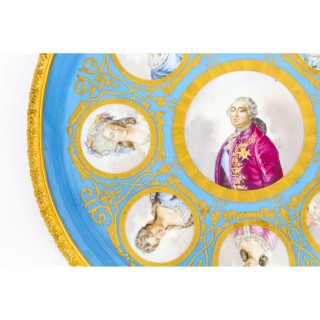 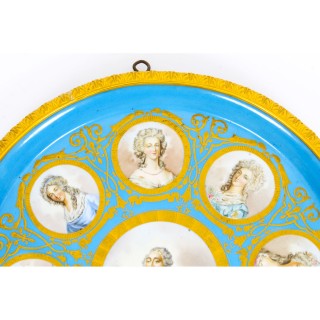 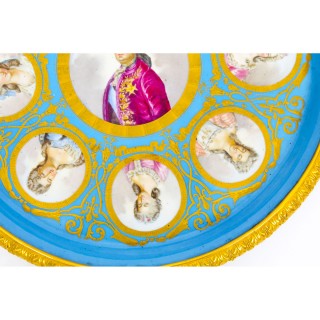 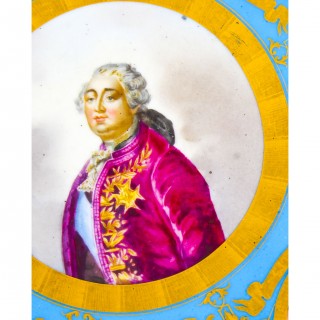 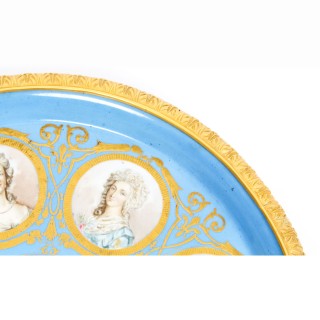 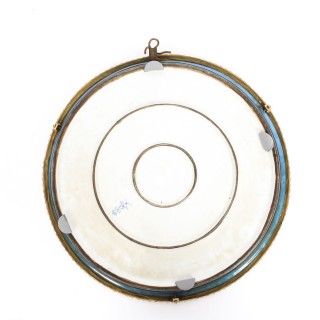 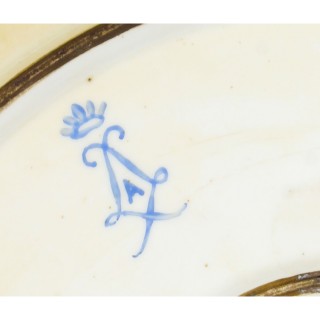 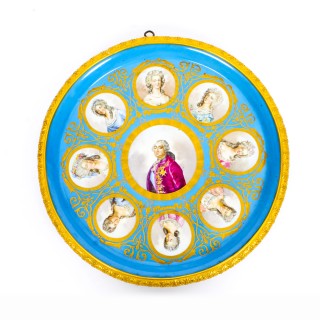 This is an important large decorative antique French Ormolu Mounted Sevres porcelain charger featuring portaits of Louis XVI and important members of his court, the rear with Sevres mark for 1790.

It has a striking Bleu Celeste and gilt tooled border with a central portrait of Louis XVI surounded by important women in the King’s life including: Marie Antoinette, Princess Marie-Louise Thérèse and Marquise de Montesson.

It is framed with a stunning decorative circular gilt bronze mount.

Louis XVI was king of France when the monarchy was overthrown during the French Revolution and was guillotined in 1793.