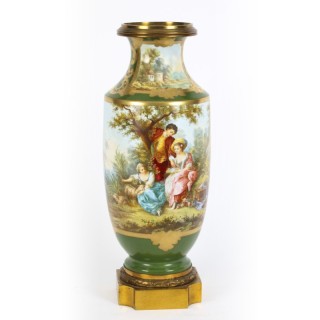 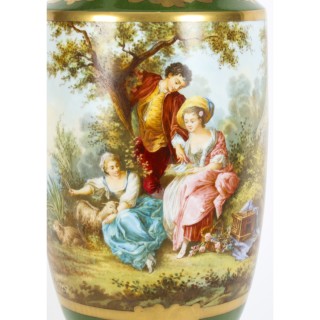 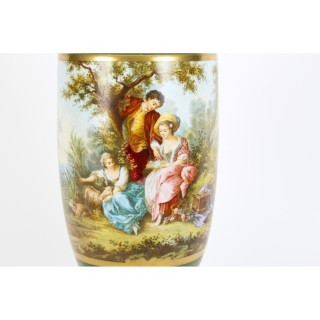 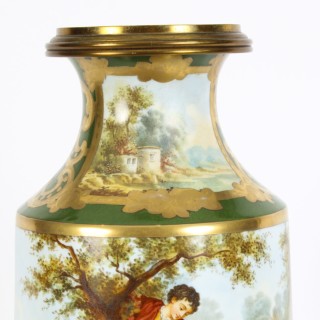 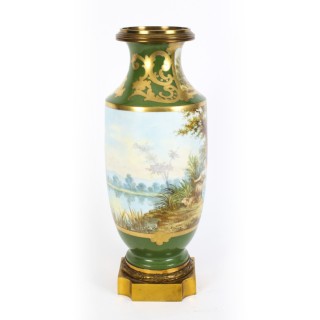 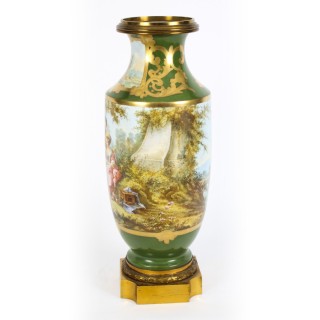 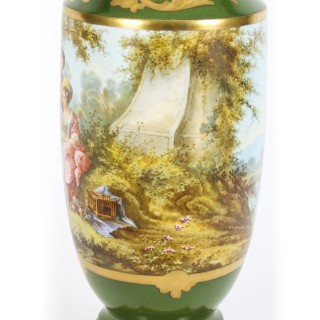 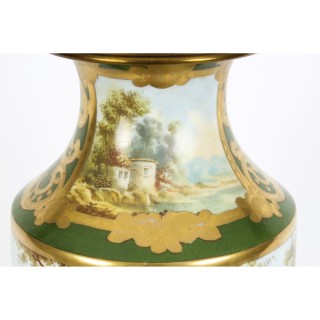 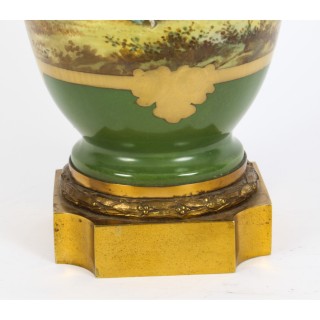 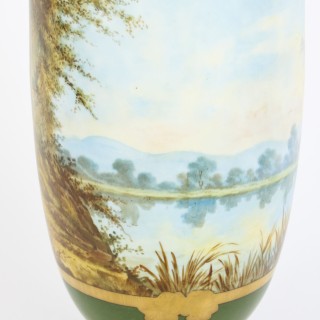 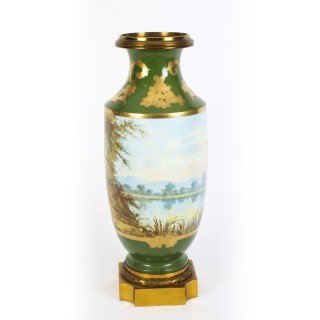 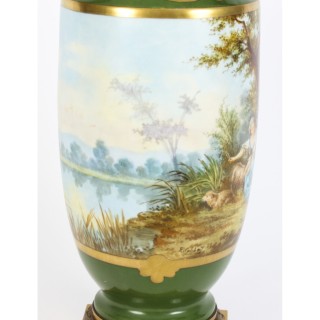 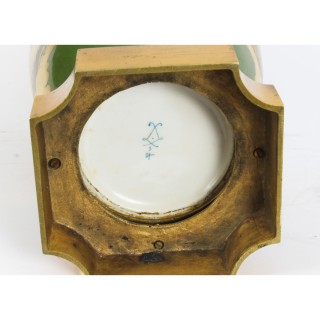 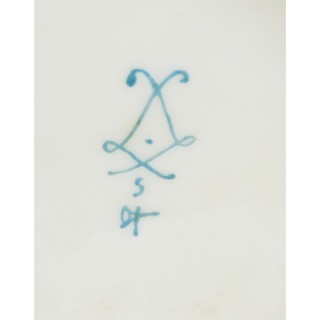 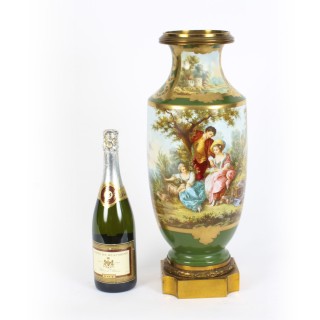 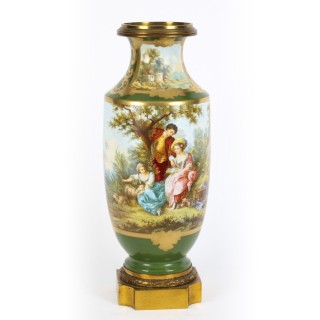 This is a fine quality French Sèvres porcelain and gilt-bronze-mounted vase by Manufacture Nationale de Sèvres and signed by the artist E Collot dating from Circa 1890.

Beautifully hand painted with romantic figures under a tree, with gilt highlights on a green ground and raised on a stunning ormolu platform base.

With the interlaced L Sevres mark on the underside.

A delightful object which will look fabulous in any surrounding.

Condition:
In excellent condition with no chips or damage, please see photos for confirmation.

Manufacture Nationale de Sèvres
A maker of exemplary European ceramics for hundreds of years, Manufacture Nationale de Sèvres has produced porcelain of the highest quality since 1740.
The factory enjoyed royal patronage from its earliest days, and its most prominent patrons in the late 1700s — King Louis XV of France and his mistress, Madame de Pompadour — commissioned some of the period’s most elegant and striking pieces (only the truly wealthy could afford porcelain at this time). The company was originally established in Vincennes but was moved at the request of Madame de Pompadour, in 1756, to Sèvres, near Versailles, so that its operations would be closer to her ch teau.