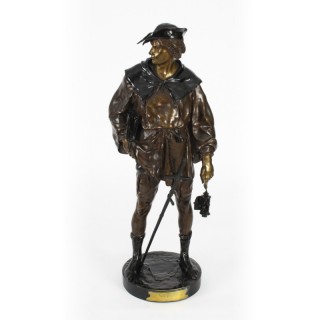 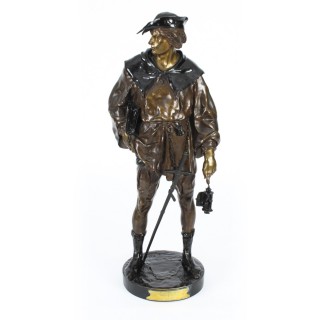 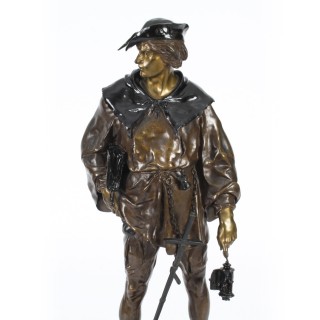 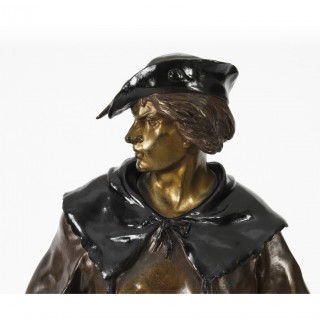 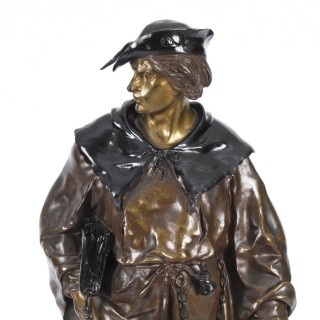 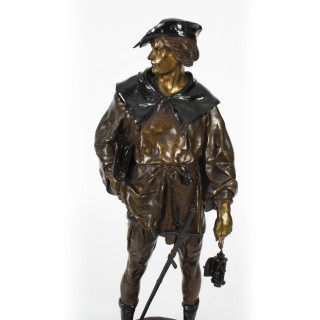 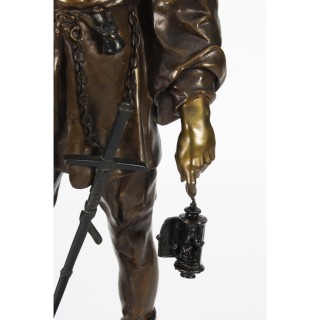 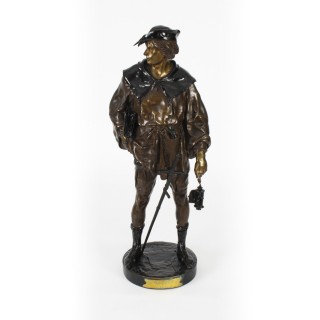 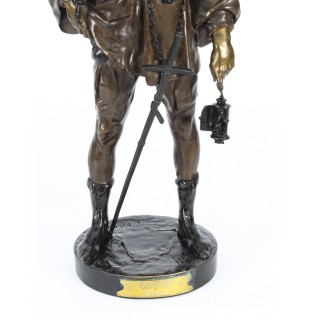 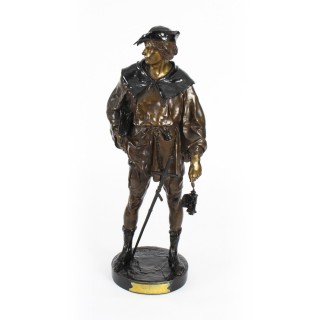 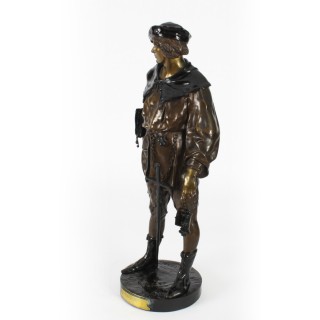 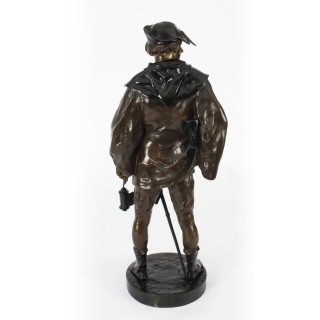 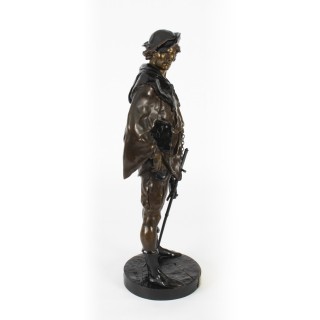 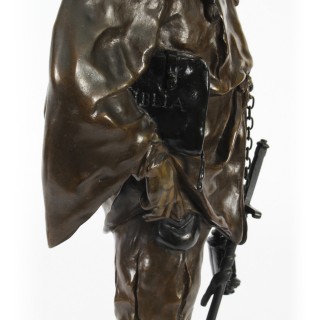 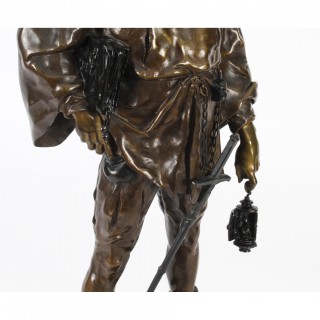 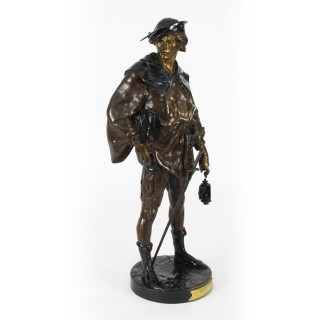 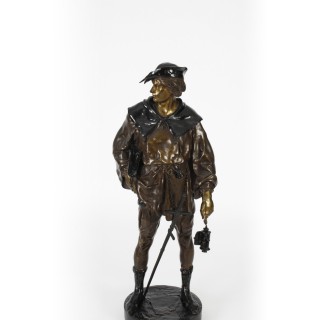 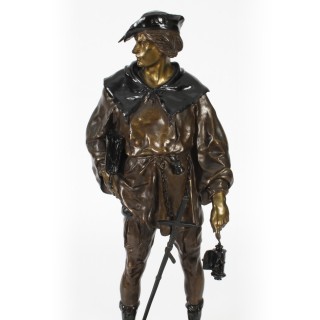 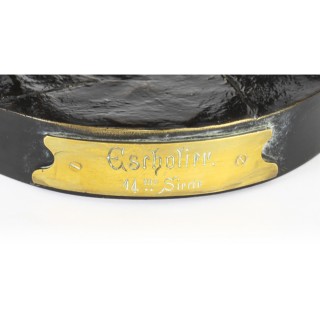 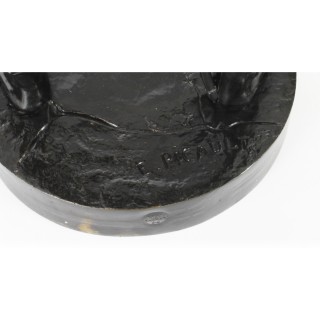 This is a large French bronze sculpture of a 14th century Rakish Cavalier entitled and inscribed ‘Echolier 14th Siecle’ signed on the base Emile Louis Picault, Circa 1870 in date.

The standing figure of a cavalier holding a lantern and clutching a bible under his arm with a sword suspended from a chain. The base bearing the impressed signature “E. Picault”, and with an brass label on the front engraved “Escholier, 14ieme Siecle”.

Emile Louis Picault was a noted sculptor of historical figures, mythological subjects, and portraits. He was associated with the French Symbolists, and exhibited regularly in the Salon de Paris between 1863 and 1909.

The attention to detail is absolutely fantastic and the sculpture is extremely life-like.

Emile Louis Picault (1833-1915) was a pupil of the painter Henri Royer. Between 1863 and 1914 he exhibited at the salon in Paris. His bronze sculptures earned him major success. His oeuvre is characterized by allegorical or patriotic themes and figures of warriors and mythological heroes. In addition, he has also created busts of historical or literary figures, such as Joan of Arc, Voltaire or even Macbeth. Picault is considered one of the most prolific French sculptors of his time.