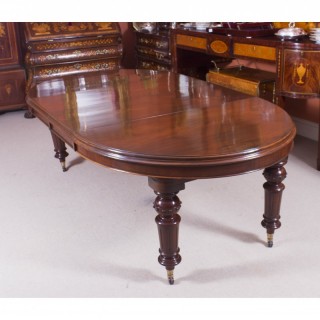 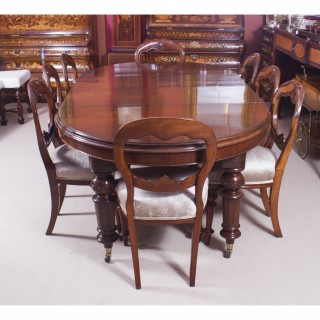 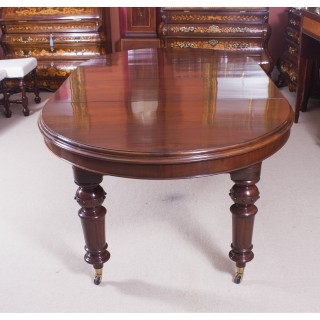 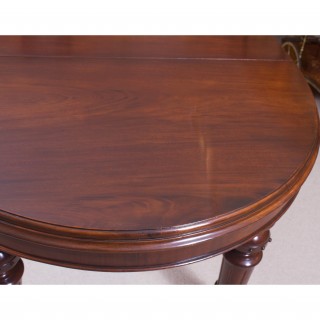 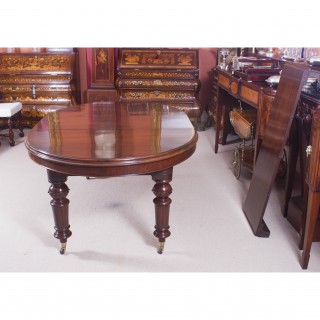 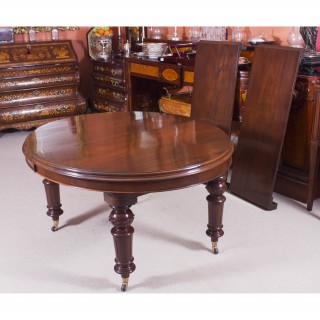 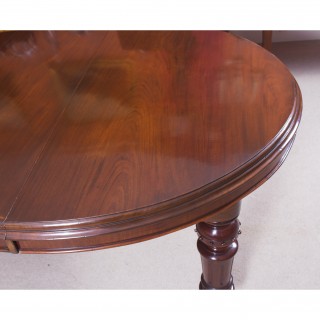 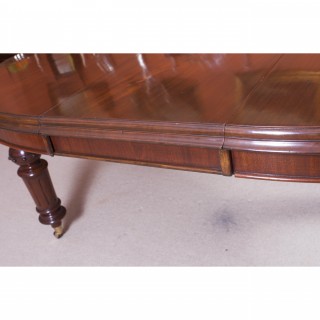 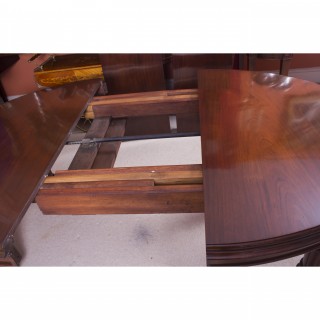 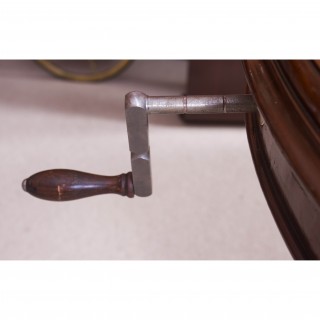 This is a fabulous antique Victorian oval solid mahogany extending dining table, circa 1860 in date.

The table has two original leaves, can comfortably seat eight and has been hand-crafted from solid mahogany which has a beautiful grain and colour.

The two leaves can be added or removed as required to suit the occasion by a special winding mechanism and it stands on beautiful turned and fluted legs that terminate in brass and porcelain castors which makes it easy to move when required.

This stunning table will stand out in your living or conference room and will definitely become a key piece in your furnishing collection.

The chairs shown in the photographs are available if required.

Mahogany is probably one of the largest ‘families’ of hardwood, having many different varieties within its own species.
Mahogany has been used for centuries in ship building, house building, furniture making etc and is the core structure of just about every 19th century vanity box, dressing case or jewellery box. It became more of a Victorian trend to dress Mahogany with these decorative veneers, such as Rosewood, Kingwood, Burr Walnut and Coromandel, so that the actual Mahogany was almost hidden from view.
Mahogany itself is a rich reddish brown wood that can range from being plain in appearance to something that is so vibrant, figured and almost three dimensional in effect.
Although Mahogany was most often used in its solid form, it also provided some beautifully figured varieties of veneer like ‘Flame’ Mahogany and ‘Fiddleback’ Mahogany (named after its preferred use in the manufacture of fine musical instruments).

Winding Mechanism for extending tables
A man by the name of Samuel Hawkins applied for a patent on a screw expander on June 6th, 1861. Presumably, Mr. Hawkins either died or retired because his business was taken over by a young machinist named Joseph Fitter in 1864.
Joseph Fitter operated a machinist shop where he produced winding mechanisms for extending tables as well as screw expanders for piano stools and other applications at 210 Cheapside, Birmingham England by the name of Britannia Works.