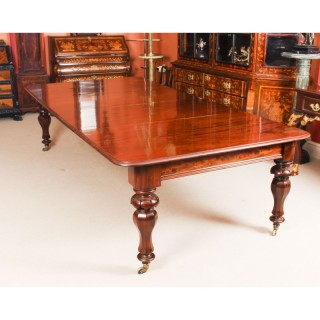 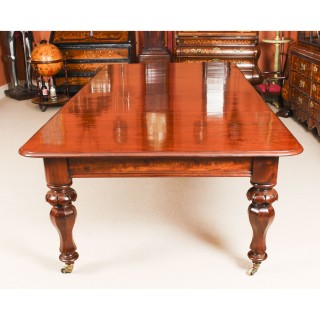 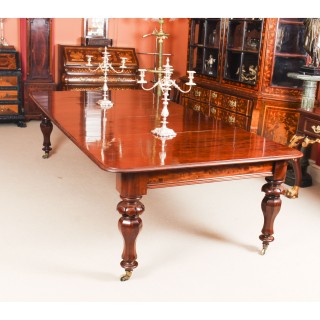 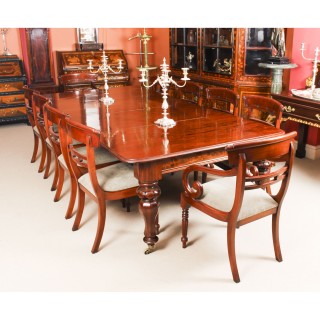 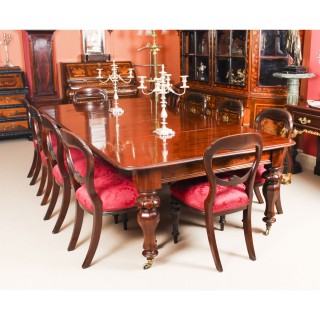 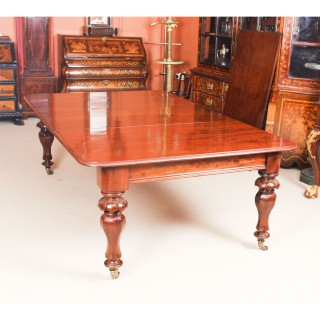 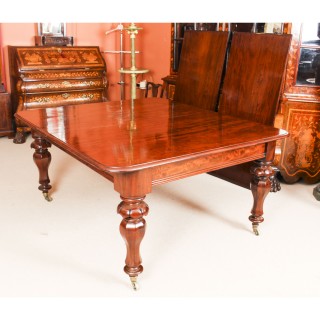 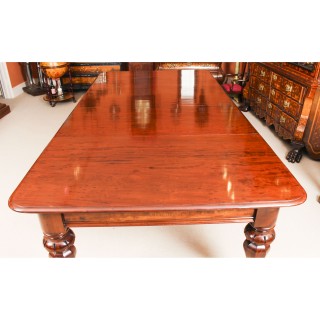 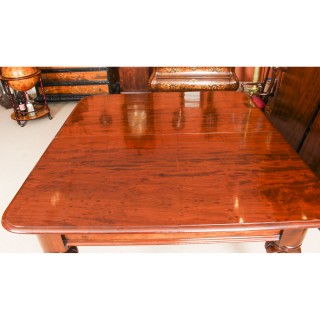 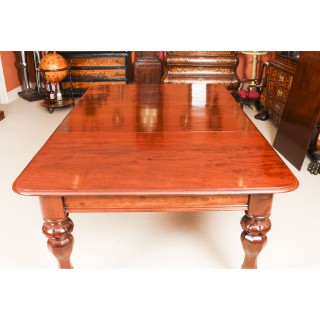 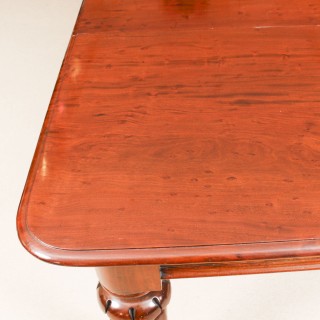 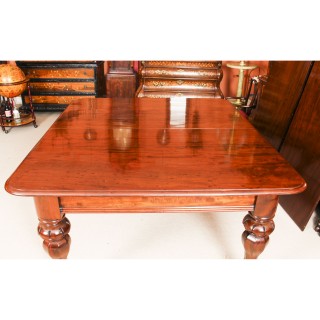 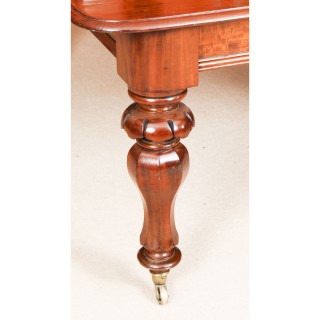 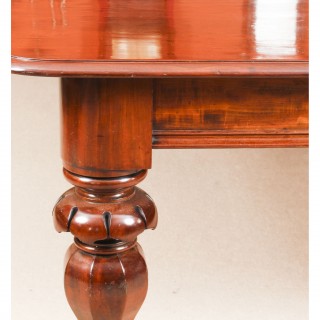 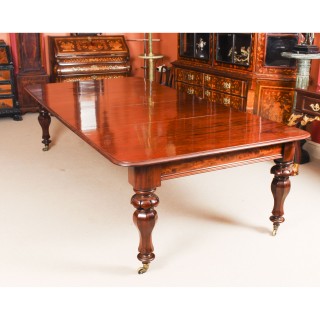 This is a magnificent antique William IV solid mahogany dining table which can seat ten in comfort and is C1830 in date.

This beautiful table is in stunning flame mahogany and has two leaves of approximately two feet (60cm) each, which can be added or removed as required to suit the occasion.

It stands on four elegant lappet carved octagonal baluster supports that terminate in their original brass and porcelain castors.

It is a very impressive table which is sure to contribute to successful dinner parties.

William IV – the brief reign of William IV (1830 – 1837) marked a period of transition between the Regency period (which had been an age of innovation based on revivalist styles such as ancient Egypt, and the Grecian designs) and the Victorian era.
William IV furniture is similar in style to Regency furniture with many of the designs from the Regency period being copied but often executed in a much heavier manner with chairs, tables and other items being coarser and clumsier in appearance when compared with those made during the Regency period.

Popular pieces produced during this period include tilt top dining tables and pillared extendable tables. Sofa tables and drum tables were also favoured at the time as were sideboards and card tables. Heavy brass fittings were a prominent feature such as lion’s paw feet on tables. Chairs frequently sported sabre legs to the back with stumpy bulbous turned legs to the front. The rope twist carved back was also much in favour.

This period also saw the introduction of the more exotic timbers such as rosewood and zebra wood. With the Industrial Revolution getting under way furniture making saw the increased use of mechanisation a trend set to accelerate during the Victorian period.

This short, but important transitional period eventually gave way to the romanticism of the Victorians but the furniture it produced was usually of good quality and it remains sought after and desirable today.