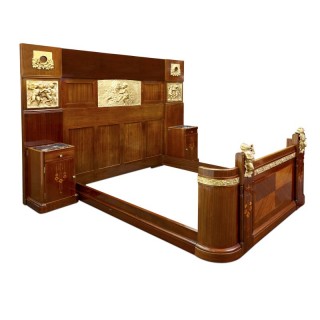 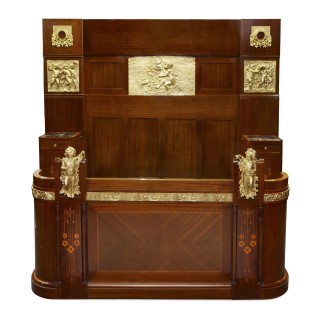 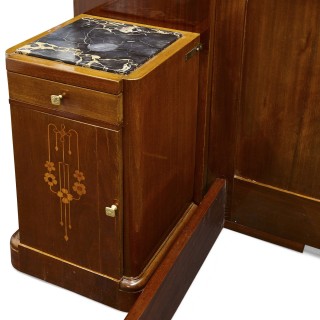 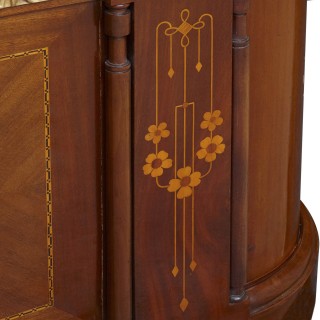 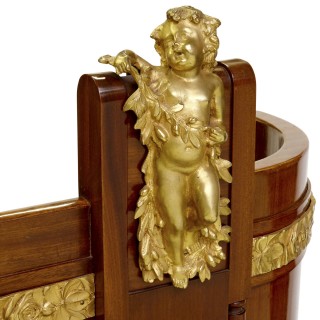 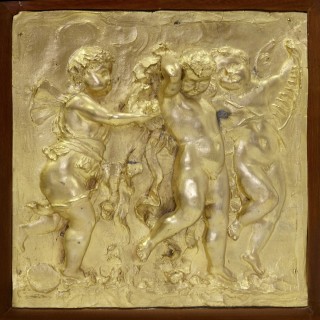 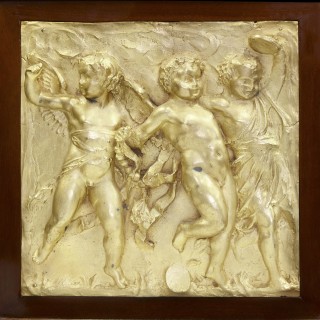 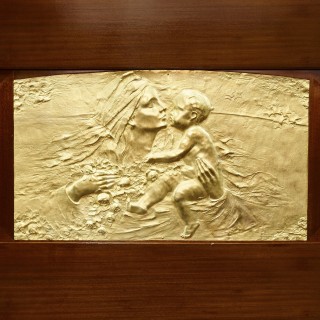 This magnificent wooden bed features marquetry panels, veined black marble, and mounted ormolu details. It is designed in the stunning Aesthetic Movement style, which flourished in the late 19th and early 20th centuries.

The large headboard of the bed is decorated with gilt bronze reliefs: a central panel depicting a woman and child, and the two smaller flanking panels depicting winged putti playing and holding musical instruments. Above these two side reliefs are further mounts with floral and foliate detailing. The two attached side tables feature floral marquetry designs on the cabinet doors, and are topped with black veined marble.

The end of the bed features rounded edge corners that curve around the sides slightly. On this section there is further marquetry detailing, an ormolu frieze of foliage and flowers, and two large ormolu mounts in the shape of cherubs.