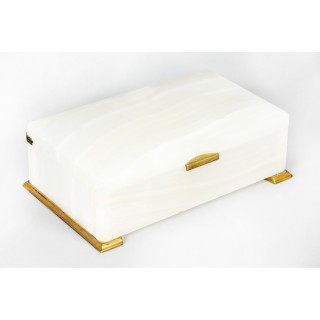 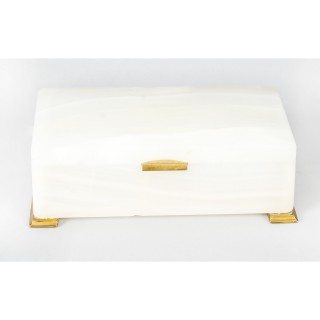 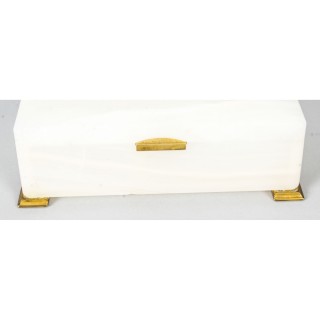 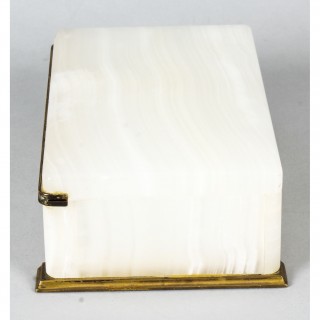 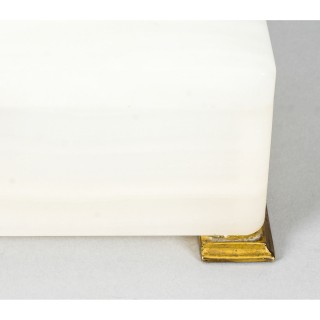 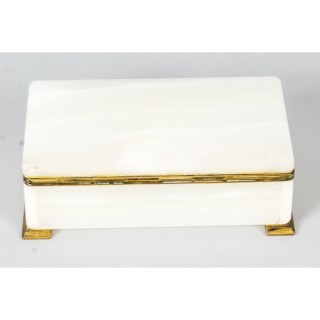 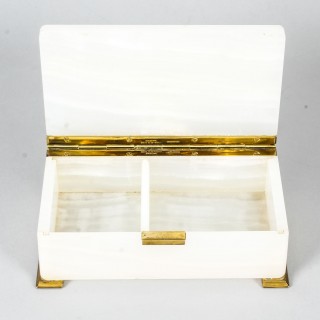 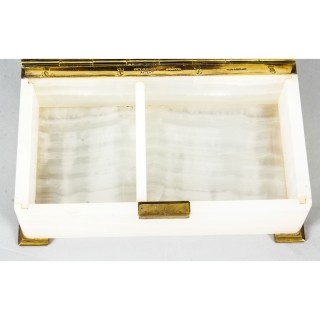 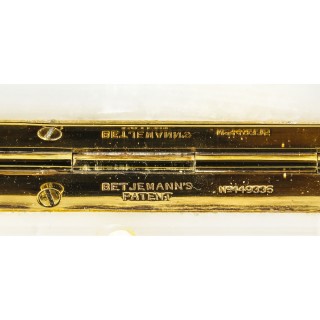 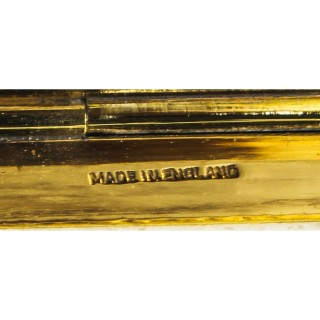 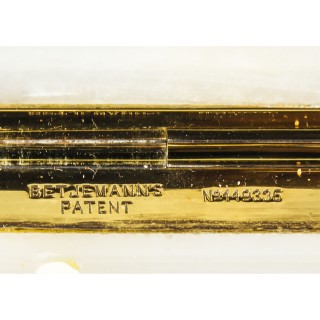 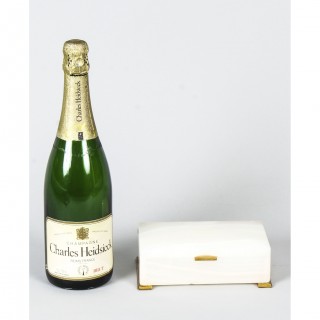 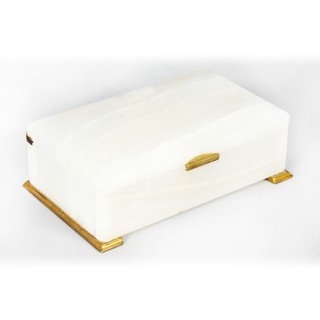 This is a fabulous and superb quality Art Deco white alabaster jewellery box by Betjemann & Sons, London, circa 1920 in date.

This luxurious jewellery box is rectangular in shape and with sophisticated brass fittings to the lid and the base, it is stamped along the hinge face with “Betjemann’s Patent No 449335, Made in England”.

The interior features two useful square compartments and it can be used as a card box or indeed a jewellery casket.

It is an exquisite sumptuous box with very versatile use.

In 1812 George Betjemann started apprenticing as a cabinet maker with his uncle, Gilbert Slater at his premises on Carthusian Street, London. In 1834, George then joined his father-in-law, William Merrick’s cabinet making business on Red Lion Street, Clerkenwell, London. George brought his sons, George William Betjemann and John Betjemann to apprentice with him from 1848. He began his own business at 6 Upper Ashby Street, Clerkenwell, London, and with his two sons having completed their apprenticeships in 1855, expanded to 7 Upper Ashby Street shortly after.

In 1859, George moved into 36 Pentonville Road, London where he continued his business, now called George Betjemann & Sons, alongside his two sons. George William never married but instead was ‘married’ to his work, being a true artist and perfectionist. Their work was on display at the International Exhibition of 1862, and the International Exposition of 1867 in Paris. They took the art of cabinet, box and book slide making to new heights. They specialised in designs for operating the way that different compartments in vanity boxes opened and also the sprung system for book slides.

With Ernest’s son John (the future poet Sir John Betjeman) having no interest in carrying on the family business, George Betjemann & Sons Ltd finally wound up in 1939.