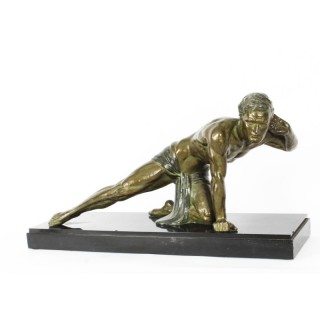 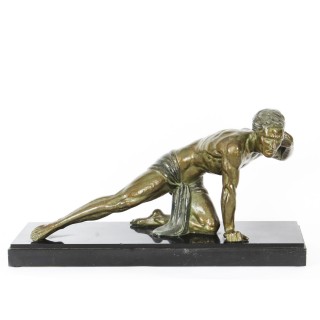 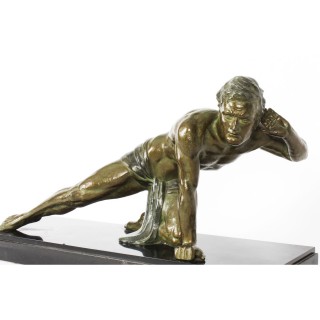 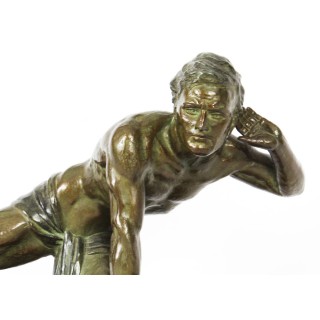 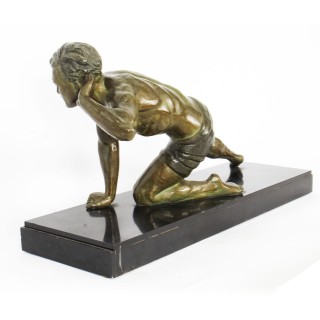 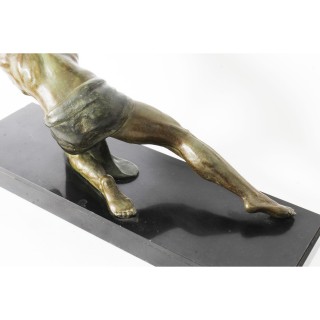 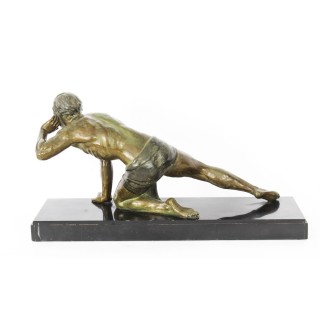 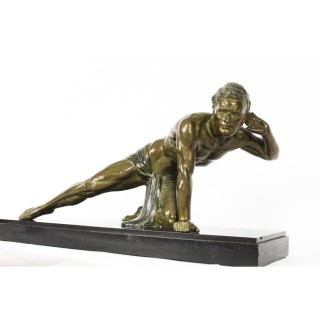 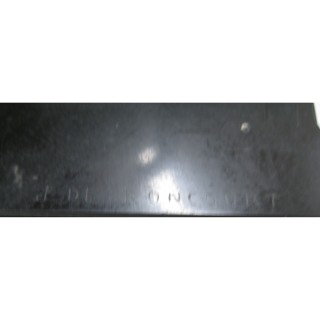 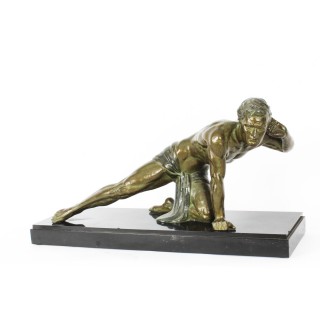 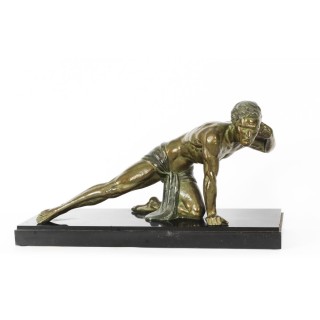 This is an absolutely charming large antique Art Deco bronzed spelter figure by the renowned French sculptor Jean De Roncourt, titled “Le Guetteur” (“The Lookout”) and bearing his signature, Circa 1920 in date.

The attention to detail is fantastic and the sculpture has a lovely green verdigris patination and is modelled and cast as an athletic semi naked young man with his left hand cupped to his ear.

The sculpture is raised on a jet black Belgian marble base, and it is inscribed
J de Roncourt on the front of the top surface of the right hand side of the black marble plinth.

A must have for any serious collector of Deco sculptures.

Jean de Roncourt
is a French Impressionist & Modern sculptor. His work has been offered at auction multiple times. Since 2011 the record price for this artist at auction is £1750 GBP ($2,946 USD) for “Modelled and cast as an athletic young man with his hand cupped to his ear,” sold at Christie’s South Kensington in 2014.