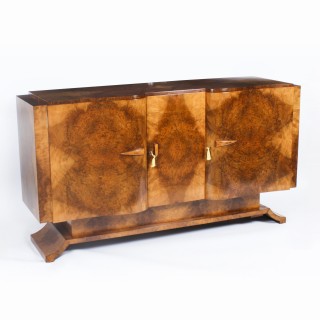 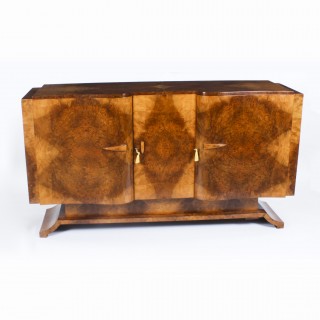 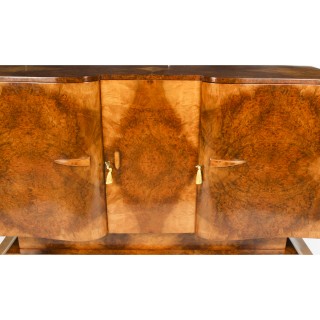 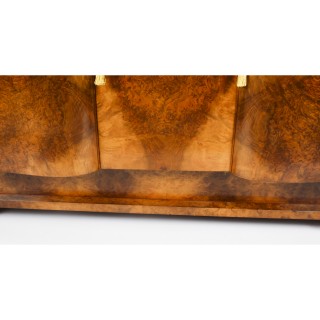 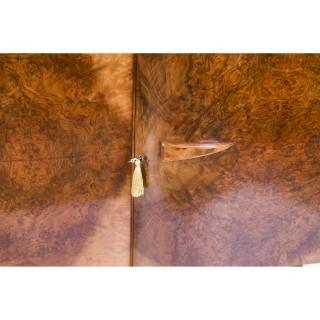 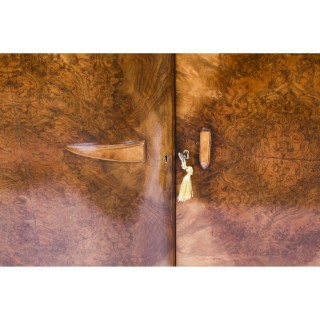 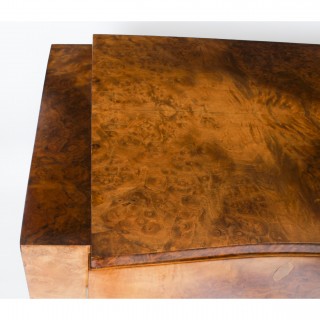 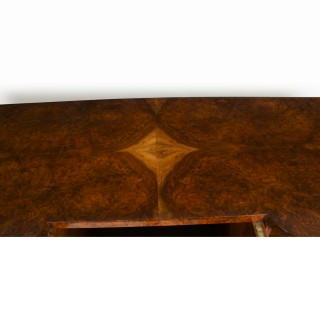 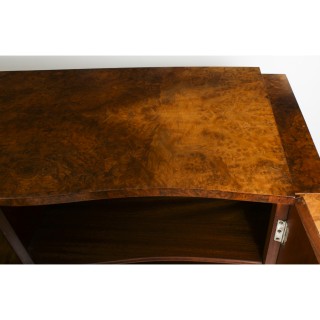 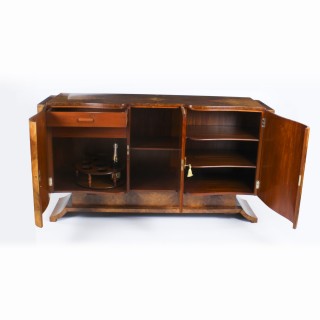 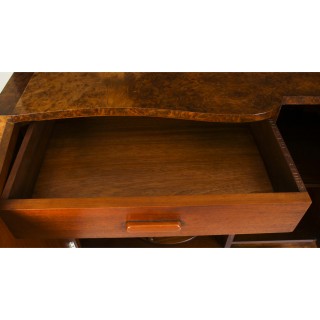 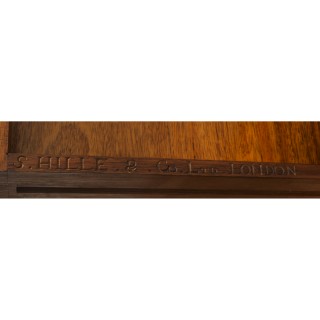 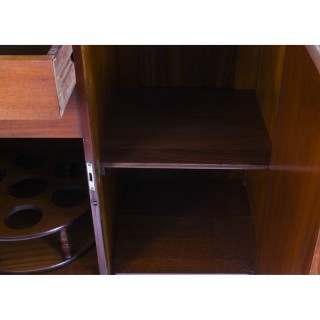 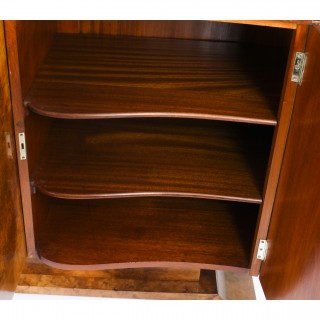 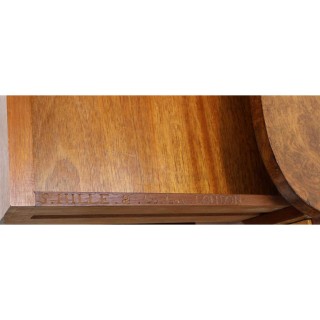 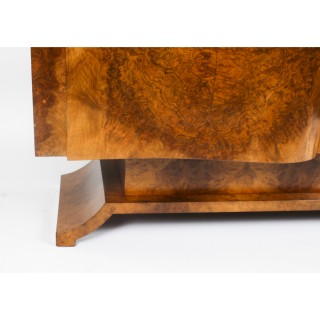 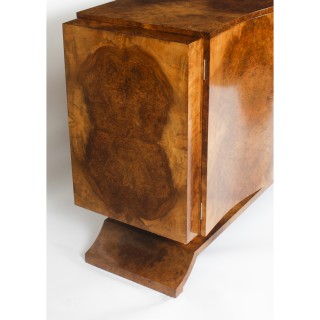 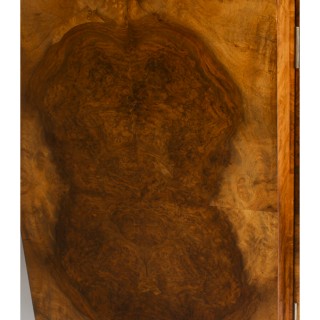 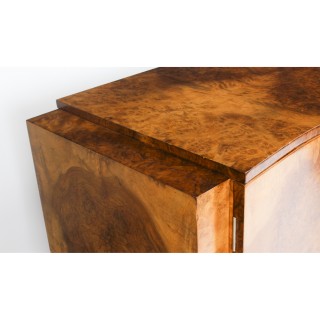 This is an elegant and very fine Art Deco sideboard of the very highest quality, in fabulous burr walnut, by Salaman Hille for S Hille Co. Ltd, circa 1920 in date.

The sideboard has a shaped top, an exaggerated serpentine form and it features three cupboards. The left cupboard enclosing two cutlery drawers and a revolving bottle carousel. The top drawer is signed ‘S Hille & Co. Ltd. London’.
The centre and right-hand side cupboards are fittedwith shelves and the sideboard is raised on a decorative shaped flared base.

The grain of the burr walnut is truly breathtaking, the finish is of the very
highest quality and it has an amazing solid walnut interior.

This is an elegant piece which will blend well with a contemporary interior.

Salaman Hille arrived in London from the Ukraine in 1900 and initially worked in a wine company in the City before setting up his furniture making firm in Bethnal Green, in about 1906. Hille was not a craftsman and his daughter, Ray, described his passion for furniture as ‘all in the brain’ because ‘he couldn’t handle a hammer’. However, he started the business with a wood carver and a cabinet maker in Rutland Street, Whitechapel and he managed to mastermind the production of some high quality furniture. Moving to Derbyshire Street, Bethnal Green and then Old Street, by 1914 he employed 80 people, mainly cabinet makers and carvers. He ran a craft apprenticeship training scheme in his workshop and he insisted that all staff belonged to a trade union. His private customers were mainly Jewish but the high prices meant that it was bought by those living in the North London suburbs rather than the East End. He also supplied high quality goods to the department stores like Hampton’s, Maples and Waring & Gillow. The firm was successful in the export trade too, having customers in the USA, Australia, Egypt, India and South Africa.. Salaman retired in 1932 and died in 1940. His designer daughter, Ray, took over the business. From about 1949 Robin Day was one of the Hille’s designers, by which time the firm had moved out of the East End to more up to date premises in Lea Bridge Road, Leyton, and Ray was joined in the firm by her husband, Maurice, and subsequently by her daughters, Cheryl and Rosamund, and Rosamund’s husband, Leslie Julius. An exhibition to celebrate the work of Hille was held at the Victoria & Albert Museum in 1981 and two or three years later the family sold the business to Ergonom, a metal furniture manufacturing company, which continued designing and manufacturing furniture as Hille-Ergonom. The family ended their connection with the firm a few years after it was so

Walnut & Burr Walnut
Walnut is a hard, dense, tight- grained wood that polishes to a very smooth finish. It is a popular and attractive wood whose colour ranges from near white in the sapwood to a dark hew in the heartwood. When dried in a kiln, walnut wood tends to develop a dull brown colour, but when air-dried can become a rich purplish-brown. Because of its colour, hardness and grain, it is a prized furniture and carving wood. Walnut veneer was highly priced and the cost would reflect the ‘fanciness’ of the veneer – the more decorative, then the more expensive and desirable.

Inlay was commonly used in the production of decorative burr walnut furniture, where pieces of coloured veneers are inlaid into the surface of the walnut, adding delicate or intricate patterns and designs. Inlays normally use various exotic veneers, but other materials such as mother-of-pearl, brass or bone were also be used.