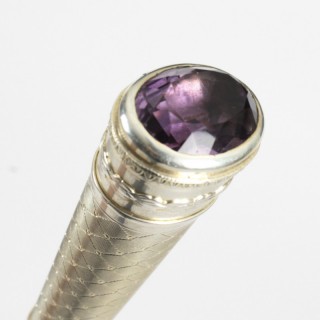 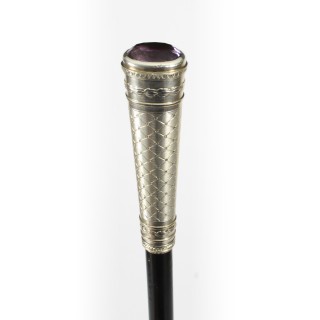 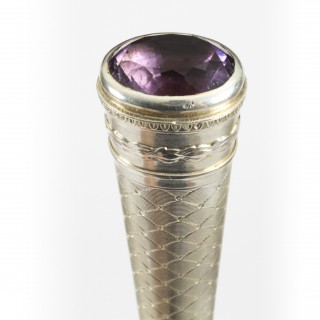 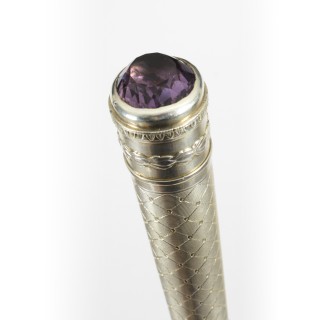 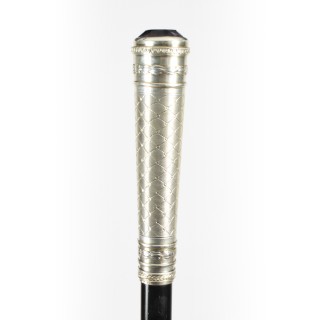 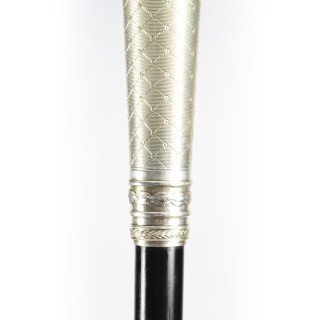 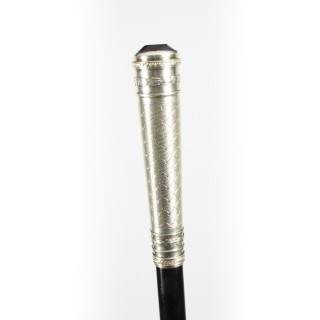 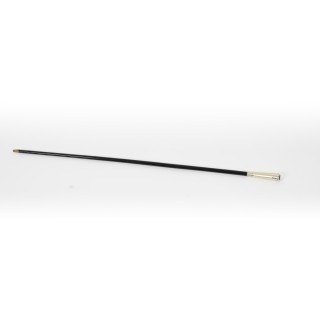 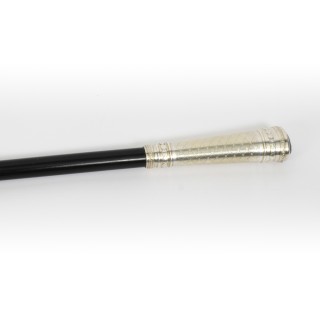 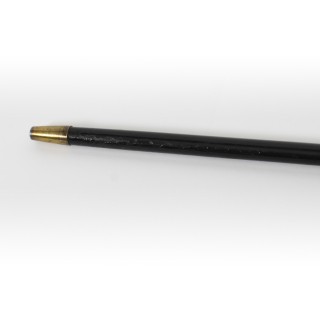 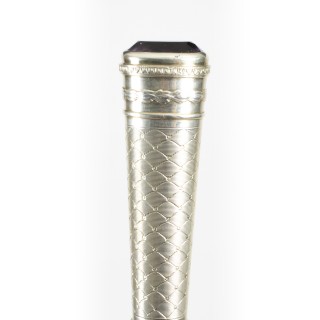 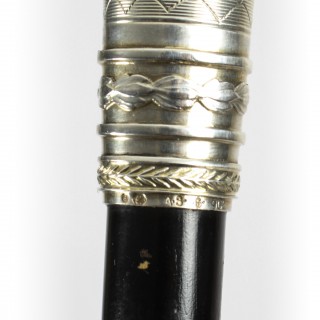 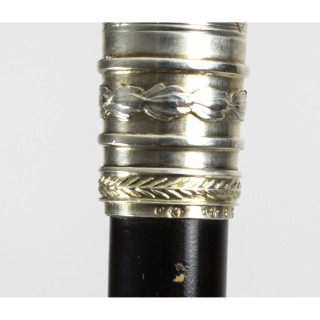 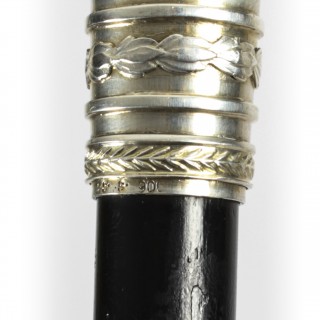 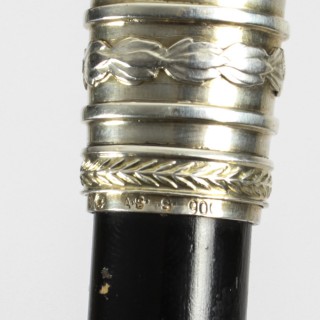 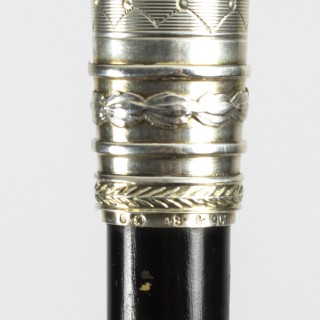 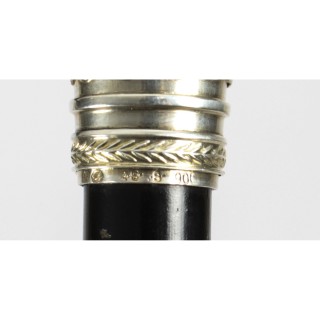 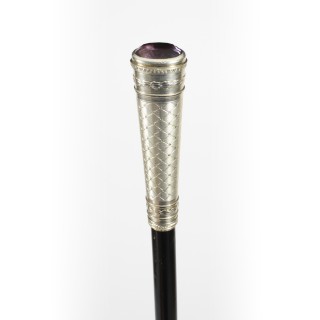 This decorative walking cane features a tapering handle surmounted with a large amethyst pommel. The sides are chased with laureate garlands and engine-turned with a pinstriped and geometric field. The ebonised tapering shaft has it’s original brass ferrule.

A truly beautiful piece that would make a fine addition to any antique collection.

The imposing building shown above was once the premises of Georg Adam Scheid. The premises located at 85 Gumpendorfer Straße, Vienna, were built in 1808 by Jakob Hainz. In 1830 expansion of this building took place followed by a complete redesign by Johann Philipp Theiss and Johann Sturany which lasted from 1881 – 1884, transforming the place into a palace – a Baroque palace with a gabled central projection, baroque window decor and an elaborate wrought-iron balcony.

Georg Adam Scheid was born on July 28 1838 in Schönau Baden, Germany. When he was sixteen years old he began an apprenticeship. During this time he worked in both Pforzheim and Stuttgart. Pforzheim is famous as a center of jewellery making – so much so that it is known colloquially as Goldstadt (Golden City).

In 1858 he travelled to Vienna to work for the goldsmith Michael Markowitsch.
Markowitsch was impressed enough to partner with Scheid in 1862, when the firm was renamed Markowitsch & Scheid. Scheid also married one of Michael’s daughters.

In recognition of the partnership a new mark was struck, as shown above. When Markowitsch and Scheid ended their partnership it was convenient for the Markowitsch family to keep this mark, as it was ideal for Michael Markowitsch & Son. His son, Adolf, followed him into business. Adolf was to go on to own the firm Markowitsch & Scheid. The company ceased trading in 1898.

On leaving the partnership Scheid moved next door to 85 Gumpendorfer Straße. His firm was known as G. A. Scheid. The venture was so successful that up to three hundred workers were employed at their manufacturing premises.
An enamel, silver gilt and rock crystal seal set with half pearls c.1900.
Georg A Scheid is well known for his exquisite creations which include vesta, cigarette and vanity cases. His firm also crafted silver accessories, jewellery boxes and writing sets which are still hugely popular today.
As well as being a talented silversmith and artist, Scheid was an astute businessman. In 1888 he opened his own refinery where precious metal wastes could be rendered for use once more. This latter day recycling plant was so productive that it more than met the requirements of Scheid, who then exported the rest of the refined precious metals all over the world.

He is said to have dominated this market.