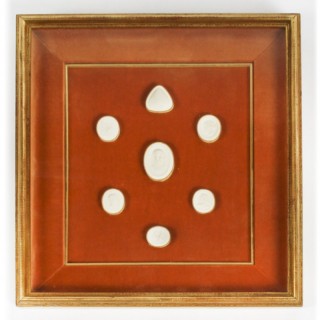 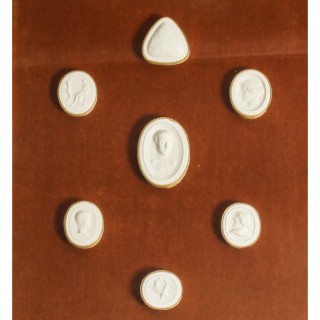 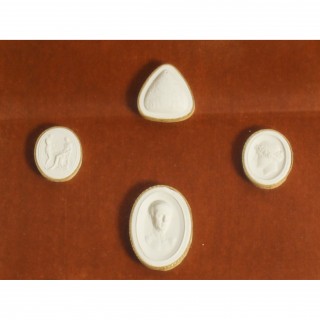 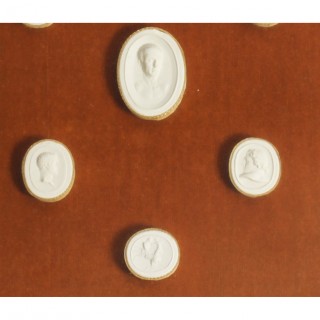 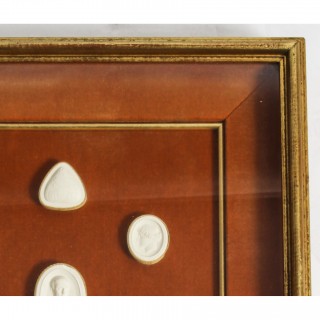 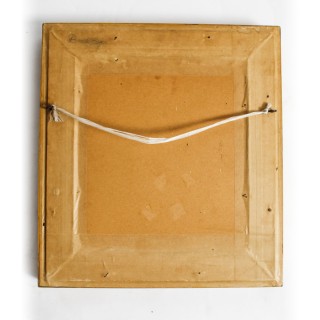 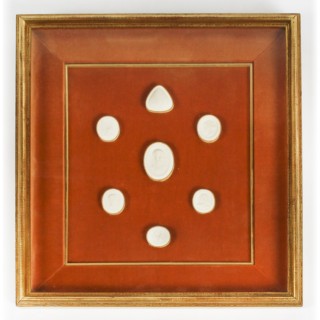 The intaglios are beautifully mounted on a plush peach velvet ground in a rectangular glazed box frame.