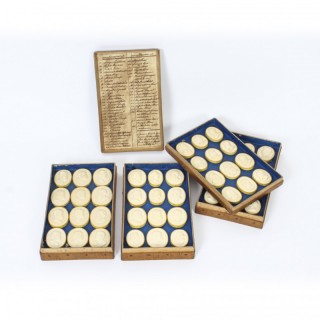 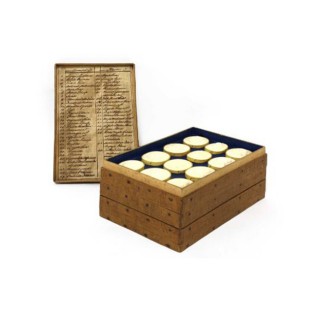 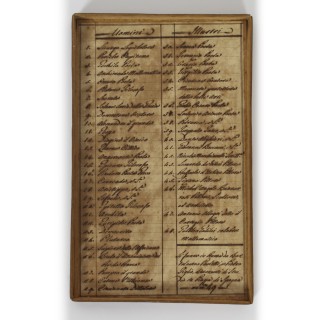 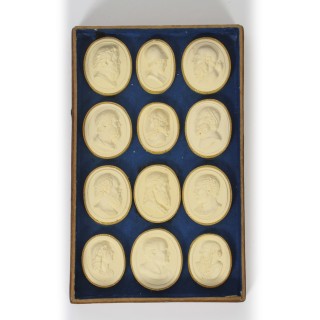 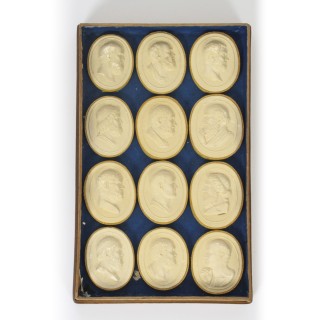 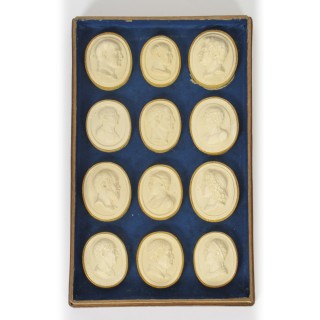 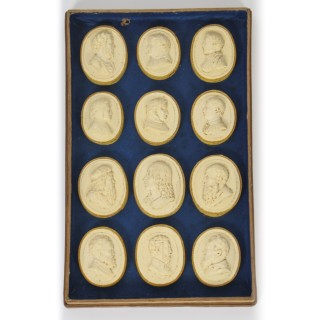 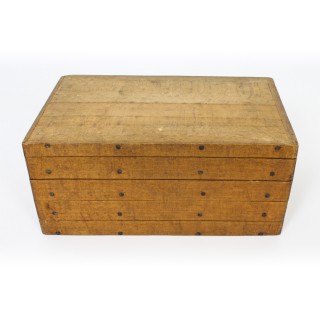 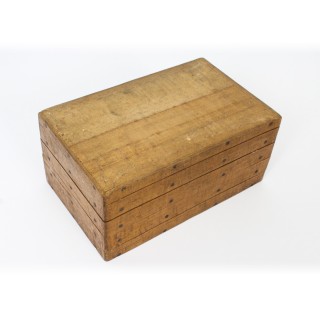 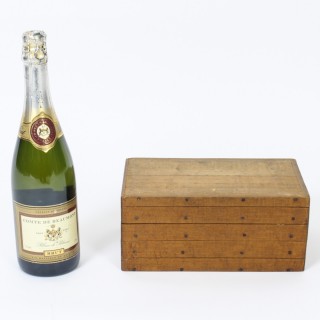 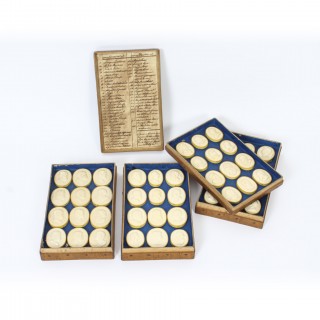 This is a wonderful collection of forty-eight oval Grand Tour plaster intaglios, wonderfully arranged in the original beechwood box with five display trays, by Bartolomeo Paoletti and his son Pietro, in their workshop in Piazza di Spagna, Rome, circa 1820 in date.

The intaglios are miniature impressions in relief of ancient portraits of Roman emperors, great artists and ancient Greek philosophers, each bordered with blue paper with the manuscript number added, and edged in gold.

The inside cover features a handwritten key to each numbered miniature in Italian signed by Bartolomeo Paoletti and Pietro.

The Paoletti workshop, the most prolific and famous of all, was located in the Piazza di Spagna, Rome. Catherine the Great of Russia and Ferdinand III, Grand Duke of Tuscany, featured amongst the Paoletti’s prestigious clients.

Add a classical and cultural dimension to your home with this captivating selection of historic intaglios.

All of the intaglios depict people, scenes, and events from the history and mythologies of ancient Rome. Plaster cameos like these were popular between the seventeenth century and first half of the nineteenth century and were primarily sold as souvenirs for European travellers on the Grand Tour, which was a tradition undertaken by the wealthy elite as a cultural rite of passage. Popular destinations were France and Italy, where tourists could learn about and test their knowledge of classical antiquity and the Renaissance. These cameos were made by Bartolomeo Paoletti (1757-1834) and his son, Pietro Paoletti (1801-1847). The Paolettis were among the most prolific casters of the day and had several high-profile clients such as Catherine the Great of Russia and Ferdinand III, Grand Duke of Tuscany. The Paolettis’ workshop was located in the Piazza di Spagna in Rome, and they ran the business until 1847. The Paoletti’s business continued after Pietro’s passing until at least 1865.