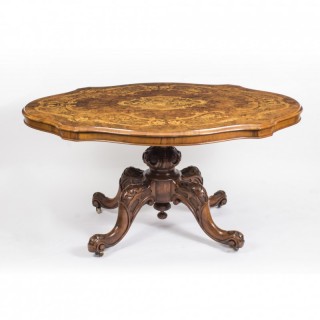 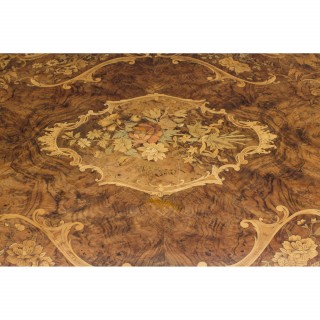 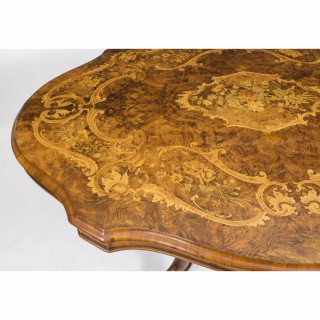 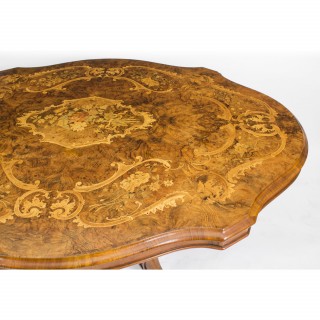 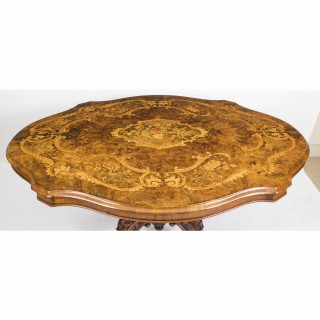 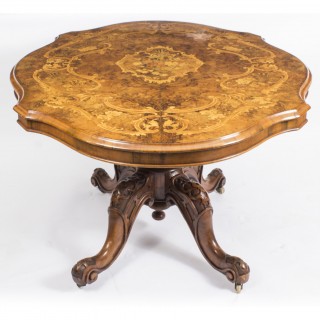 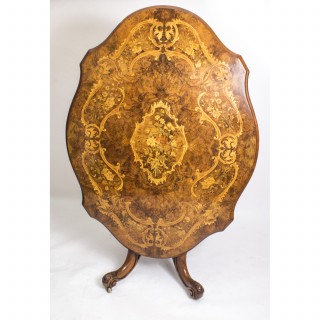 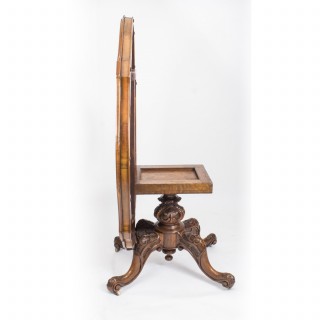 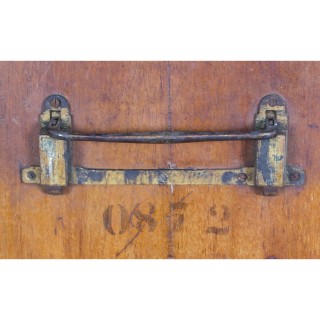 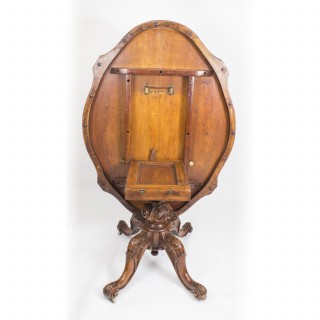 This is a superb antique Victorian burr walnut and marquetry loo table, Circa 1860 in date.

The table top is shaped oval in form and features wonderful butterflied burr walnut with superb floral marquetry decoration. The base has been skillfully hand carved from solid walnut and the cabriole legs terminate in their original brass and porcelain castors.

There is no mistaking the unique quality and elaborate design, which is certain to make it a talking point in your home and a fine embellishment to your reception room.

Loo table is a table model from the 18th and 19th centuries, originally designed for the card game loo, which was also known as lanterloo.

The typical loo table has an oval or round top, and a hinged mechanism fitted to a pedestal base, enabling the table to be easily stored when not in use. Sometimes, antique dealers call any table with a folding mechanism for a “loo table”, even if the table top is square or rectangular.

A loo-table stands in the hall at Midnight Place in the children’s fiction book Midnight is a Place by Joan Aiken.

Game loo, formerly lanterloo – gambling card game often mentioned in English literature. The name derives from the French lanturlu, the refrain of a popular 17th-century song. Popularity of the game faded in the 20th century.

The players may number from five to about nine, each playing for himself. A standard 52-card deck is used. In the simplest form of the game, three cards are dealt to each player, and the next card is exposed to establish a trump suit. The player to the left of the dealer leads, and one-third of the poolgoes to the winner of each trick. The pool is formed by antes before each deal and may be increased by payments for loo (failure to win a trick) and fines for irregularities.