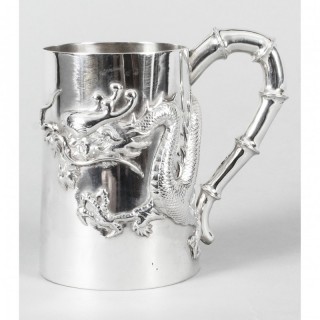 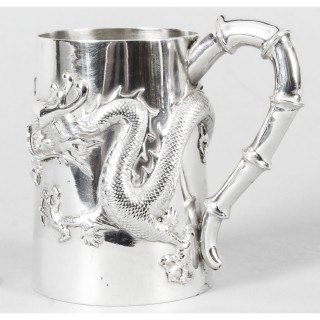 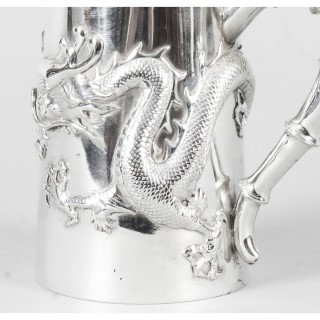 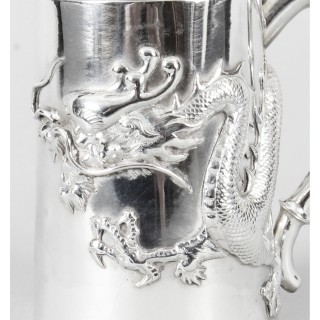 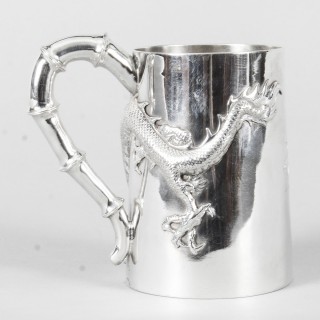 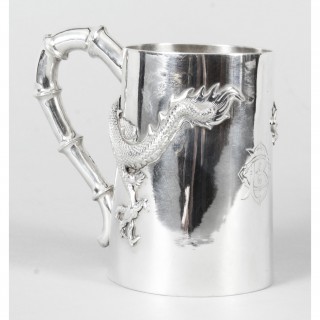 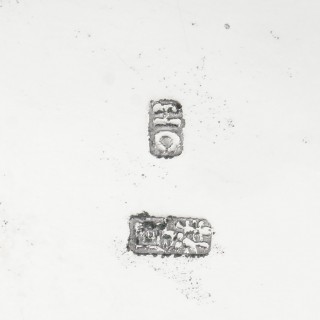 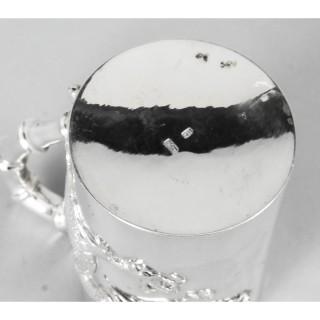 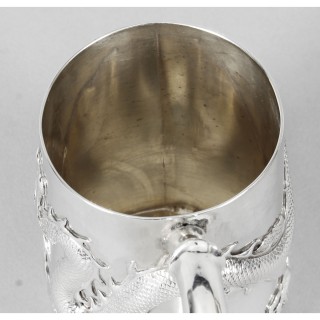 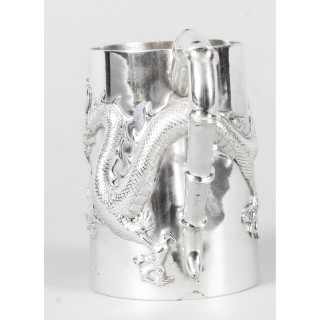 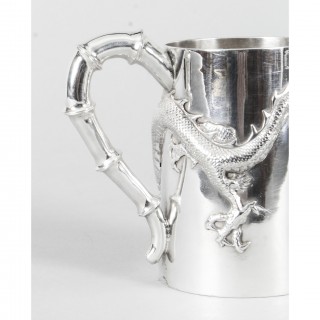 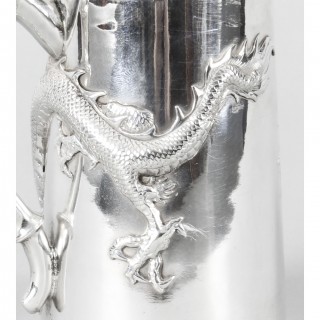 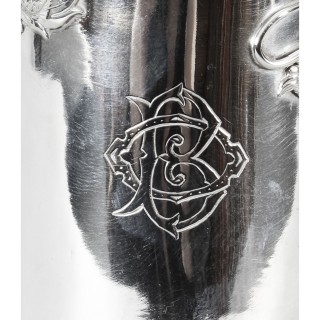 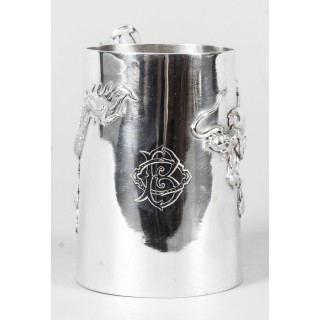 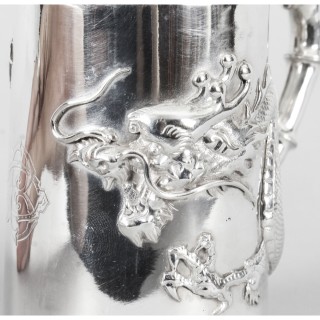 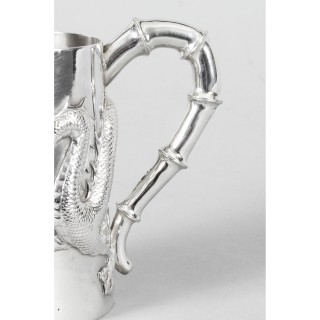 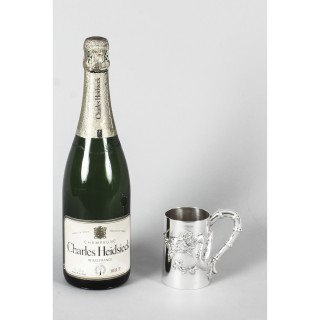 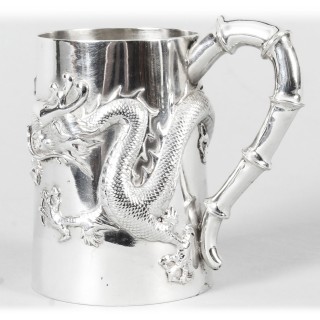 This is a magnificent antique Chinese export solid silver mug, with hallmarks for Hung Chong, Canton & Shanghai, circa 1900 in date.

This stunning silver mug has a slender tapering cylindrical body which is masterfully chased with the legendary animal-like creature, the dragon, and set on a polished background. The dragon has been executed to the finest details: his neck and tail of a snake, the antlers of a deer, the head of a crocodile.

The handle is equally extraordinary being cast to simulate the trench of a bamboo tree.

The centre of the mug features a contemporary monogram ‘BO’ and the interior is gilded to avoid corrosion.

The underside of the mug bears the maker’s marks ‘HC’ for Hung Chong as well as the Chinese correspondent symbol.

This is a remarkable piece in its simplicity and is sure to be appreciated by any discerning collector of Chinese silver.

HUNG CHONG and Co.,
Jewellers, Gold and Silversmiths, etc., 11B, Nanking Road, Shanghai.
The wonderful proficiency of the Chinese in the manufacture of gold and silver, the range of beautiful articles exhibited by Hung Chong and Co. is an epitome of the highest achievements of Chinese skill and art and affords a splendid selection to those on the outlook for choice specimens of the most superior goods associated with the race. The stock is submitted to inspection in a system of orderliness that cannot fail to be admired, and the handsome showcases and other equipment impart to the establishment an elegance thoroughly in keeping with its rich and lovely contents.

Their premises at No. 11B, Nanking Road, always present a very attractive appearance. The business was established in 1892 by Mr Fok Ying Chew, who sold it in 1906 to the present proprietor, Mr Sum Luen-sing. The large trade now carried on necessitates the employment of fourteen assistants and forty workmen. Mr Sum Luen-sing is the son of Mr Sum Cheuk Sing and was born in Macao in 1871. He studied English in Shanghai, and at the age of sixteen joined the ” Limpu” line of steamers. Alter remaining in this employment for three years, he obtained a post with the “Kangyue” line. He joined Hung Chong & Co., as an assistant, in 1892. He is married and has one son and daughter.

Chinese dragons are legendary creatures in Chinese mythology and Chinese folklore. The dragons have many animal-like forms such as turtles, fish, and imaginary creatures, but they are most commonly depicted as snake-like with four legs.

Chinese dragons traditionally symbolize potent and auspicious powers, particularly control over water, rainfall, hurricane, and floods. The dragon is also a symbol of power, strength, and good luck for people who are worthy of it. With this, the Emperor of China usually used the dragon as a symbol of his imperial power and strength.

In Chinese daily language, excellent and outstanding people are compared to a dragon, while incapable people with no achievements are compared with other, disesteemed creatures, such as a worm.