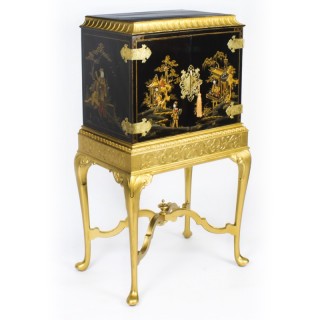 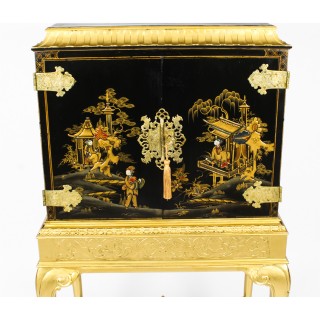 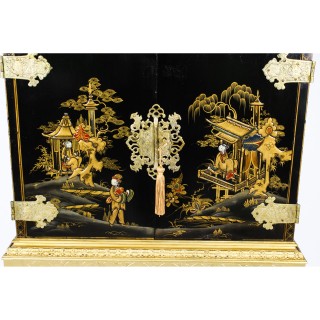 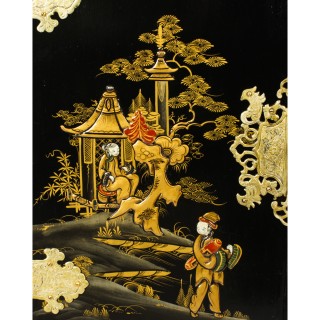 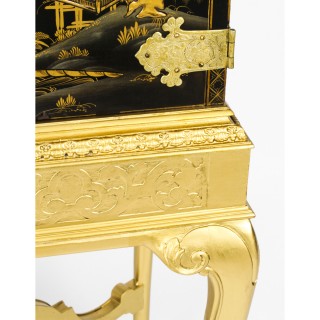 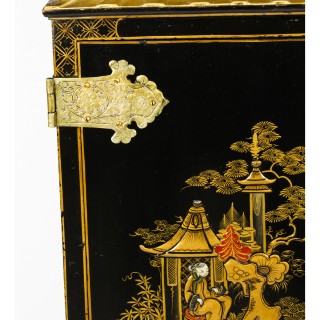 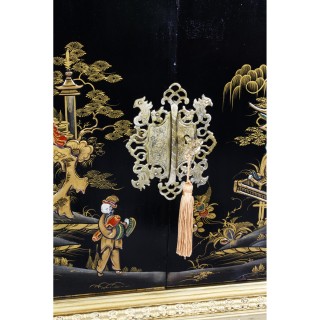 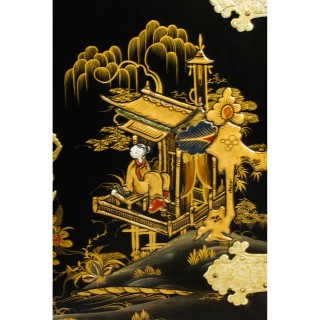 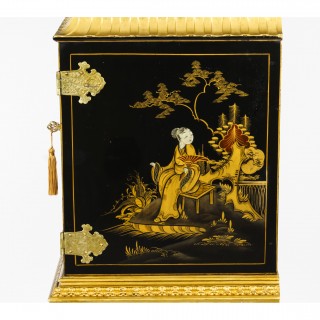 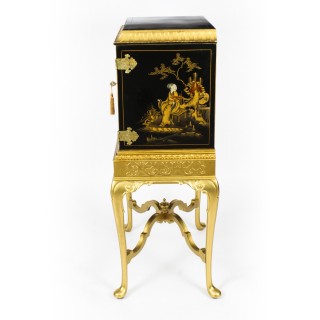 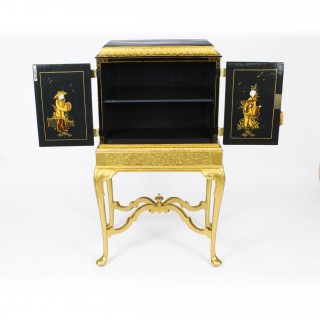 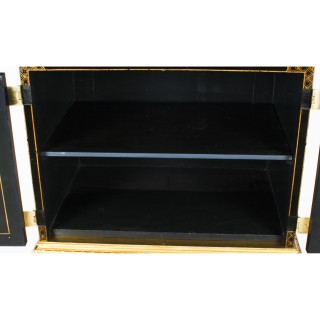 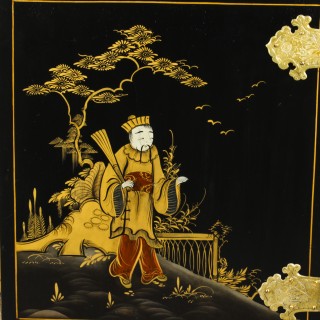 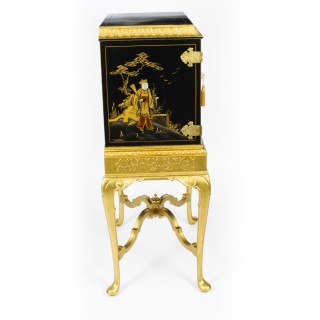 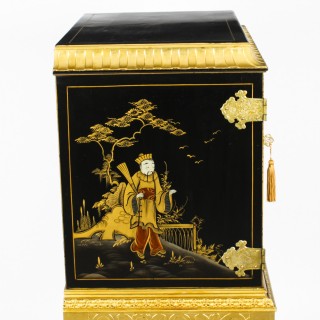 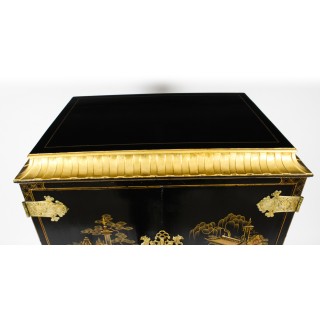 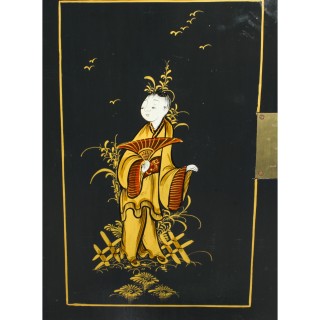 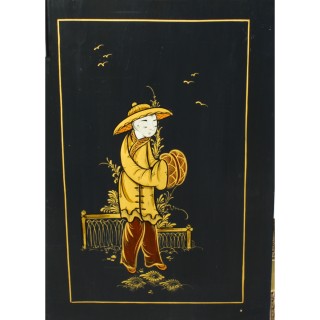 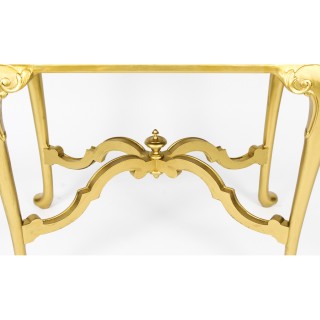 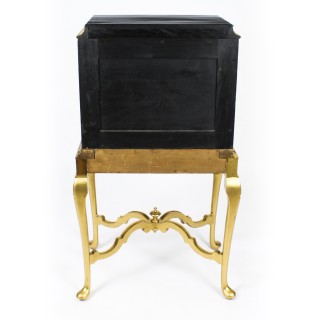 This is beautifully crafted antique Parcel-Gilt Chinoiserie laquer cabinet on stand, circa 1900 in date.

The cabinet is richly decorated with Oriental figures in a landscape on a black lacquered ground. The twin doors open to further figures on the inside, the interior fitted with a central shelf.

It sits on a beautifully carved giltwood stand in the William & Mary taste, with blind fret carved frieze on cabriole legs with pad feet joined by a stretcher.

This piece is truly unique and is guaranteed to bring beauty and charm to your home for many years to come.

When lacquered objects made in East Asia first reached Europe in about the early 16th century, they were highly prized for their flawless finish and light-reflecting qualities.

Lacquer became available to European elites, along with other luxury items including silk and porcelain, once Portuguese explorers discovered a sea route to the East around the southern tip of Africa and across the Indian Ocean. The flow of goods increased in the early 17th century when the Dutch and English East India Companies began to bring goods to markets in Amsterdam and London. By 1700 many European country houses and palaces contained examples of East Asian export lacquer.

Asian lacquer was admired as a precious and mysterious material. Adding to its rarity and desirability was the fact that the key ingredient, a resin extracted from the lacquer tree (toxicodendron vernicifluum) native to East Asia, did not survive the long duration of the sea voyage without hardening beyond use. European demand for lacquer was such that the Chinese and Japanese soon began to capitalise on this lucrative market by making lacquered objects specifically for export, in forms and styles to suit Western tastes. This trade was not restricted to China and Japan. Varieties of the lacquer tree also grew in other Asian countries including Vietnam, where the English had a trading post, although it has, so far, been impossible to distinguish export lacquerware made in Vietnam in the 17th century.

The earliest Japanese export lacquer, made from the 1570s to 1630 for Portuguese markets, was made in Western forms such as cabinets and bowls, with decoration very different from lacquer made for use in Japan. These first exports are today described as nanban, a Japanese term literally meaning ‘Southern barbarian’: foreigners whose ships arrived from the south. The decoration, in gold on a black background, sometimes inlaid with mother-of-pearl, covered almost the entire surface and was often contained within wide geometric borders. Later, from the 1630s, to suit the tastes of the Dutch and other northern European countries, Japanese lacquer makers adopted a more pictorial style in gold on a black background for their export ware.