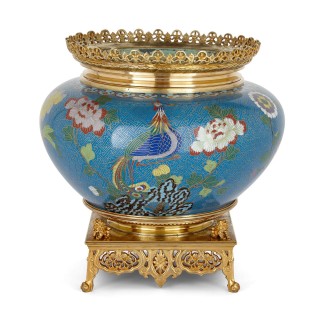 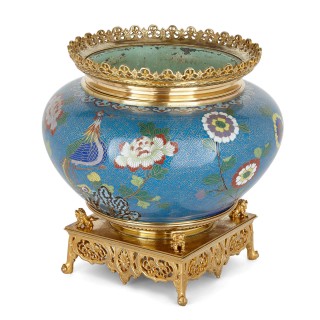 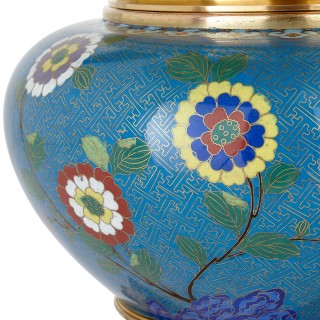 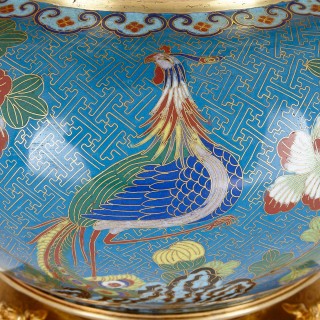 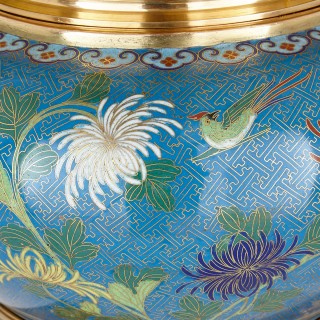 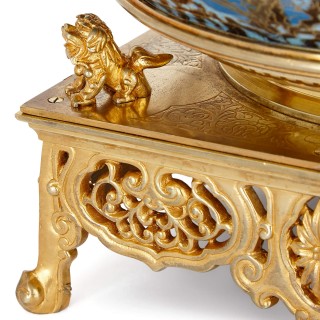 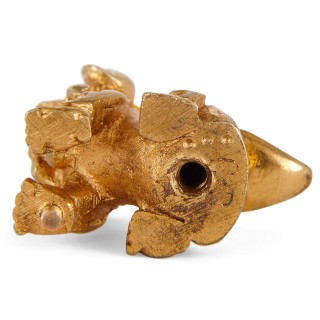 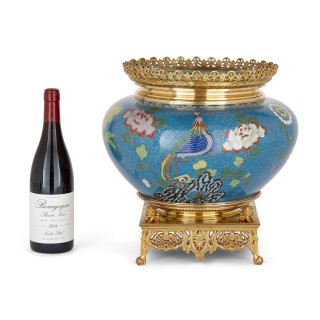 This superb jardinière is crafted in the Chinese manner, a French style known as Chinoiserie. The jardinière features a blue enamel bowl adorned with gilt scrolling geometrical wire and decorated with a series of Chinese style motifs, such as birds and floral buds, all in a striking demonstration of cloisonné work. The bowl is mounted to the top with a pierced gilt bronze rim and is raised on a pierced gilt bronze base. The base is set with gilt bronze foo dog finials, beneath one of which is inscribed ‘CB’ for the maker.