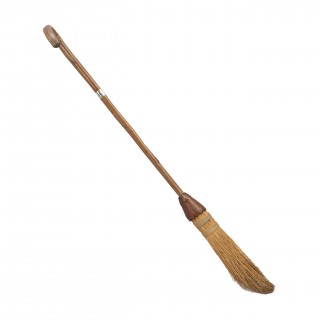 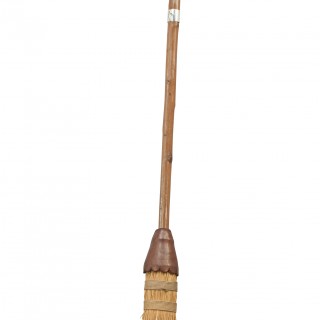 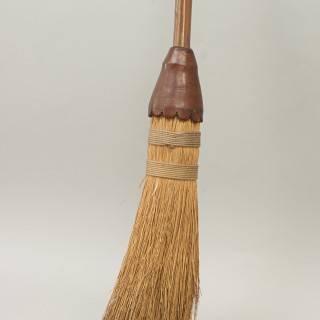 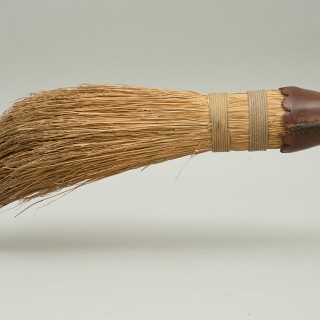 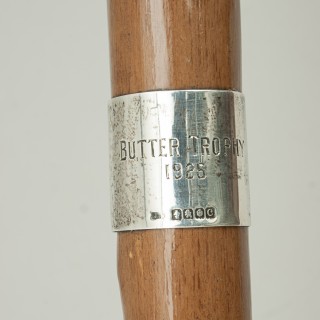 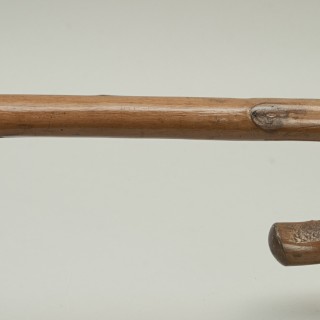 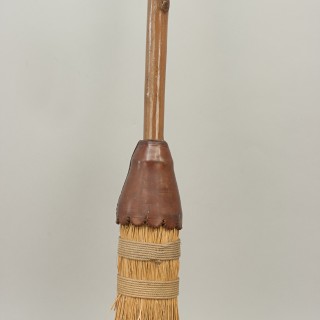 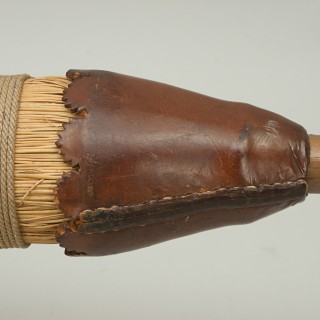 Vintage Curling Besom.
A scarce curling besom, brush or broom with a briarwood handle with an engraved silver band. The besom was awarded as a tournament prize and the engraving reads “Butter Trophy 1925” most likely Colonel Butter, Pitlochry. The silver band hallmarked, Glasgow 1925.

MAJOR Sir David Butter was an influential and charismatic presence in Pitlochry and Perthshire throughout a long and distinguished life, he was a member of an ancient Scottish family that had owned land in Perthshire around Fascally near Pitlochry since the 12th century.