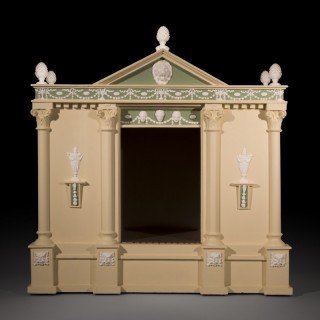 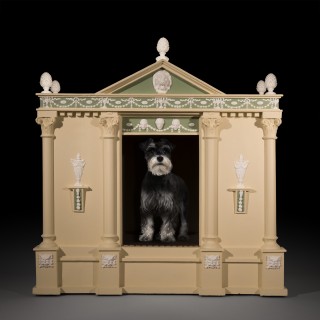 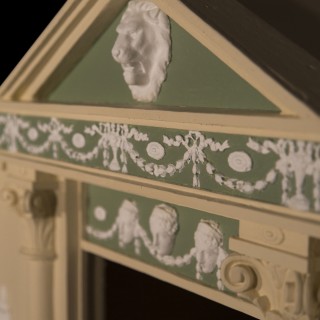 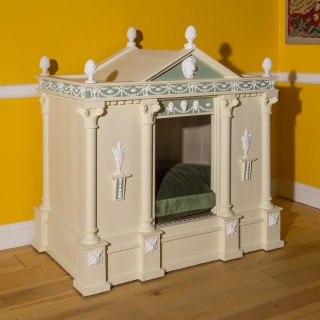 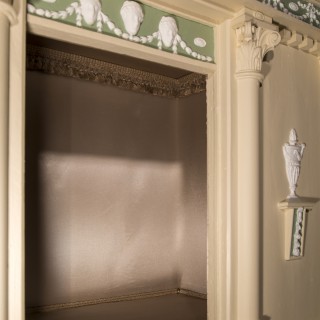 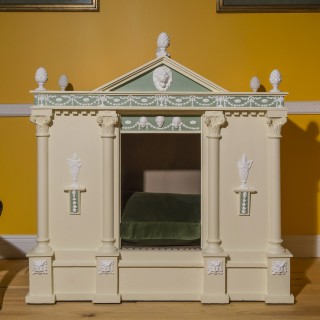 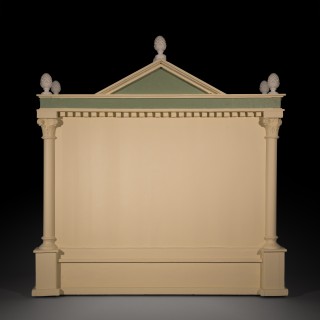 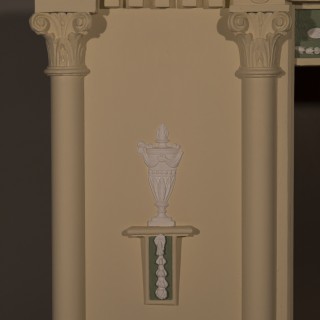 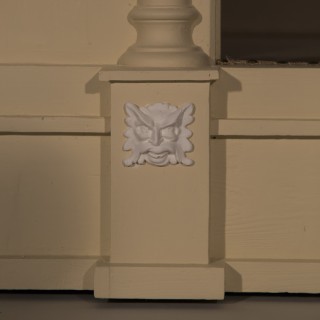 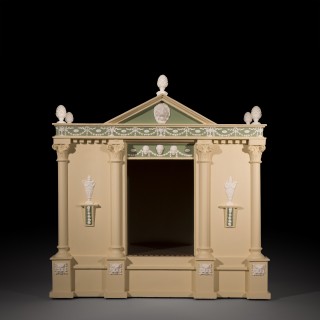 Dog kennels or Chenils became popular among aristocratic pet owners in 18th century Europe. Considered a part of domestic furnishings, dog kennels were typically comprised of a small case or basket open on one or two sides to allow the dog to enter. More elaborate models resembled diminutive canopied beds or tabouret-shaped chairs with a recessed niche below. Marie Antoinette’s neoclassical niche de chien by Claude Sené is in the collection of the Metropolitan Museum of Art in New York. Marie-Antoinette, like Madame de Pompadour before her, was a lover of canines. Her pets seemed to return the affection: tradition has it that her beloved dog Coco followed her mistress to her imprisonment at the Temple during the French Revolution.

The well-balanced appearance of the present dog kennel leaves no doubt that it was designed by an architect, confidently using neoclassical decorative vocabulary, and likely had been made to match architectural features of the space for which it was intended, possibly an earlier interior in the style of Robert Adam.

in the neoclassical architectural style of robert adam