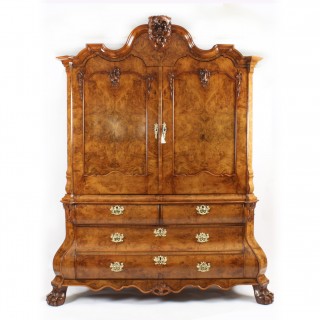 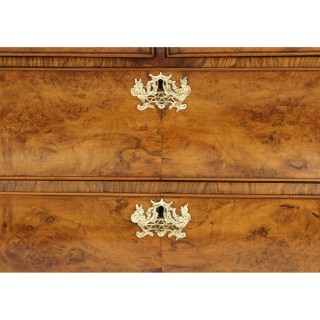 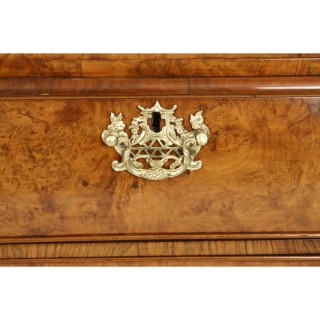 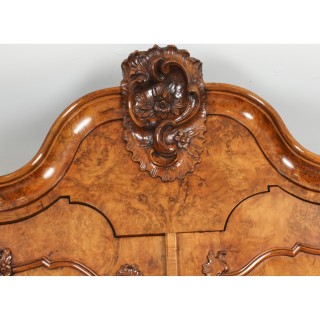 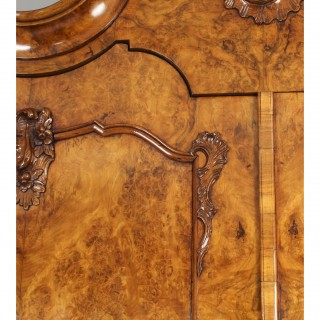 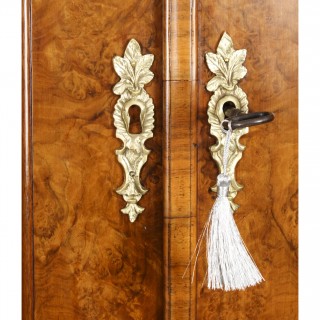 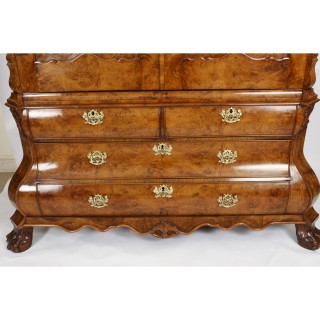 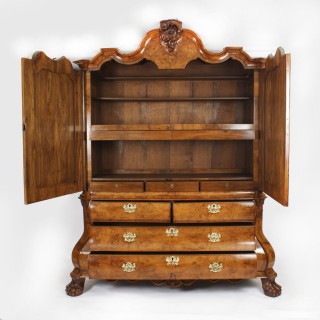 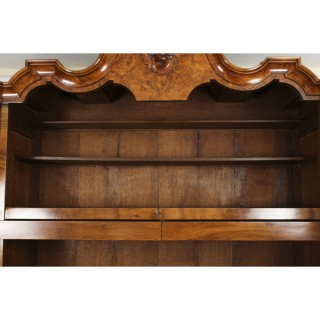 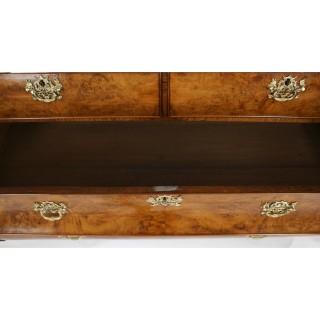 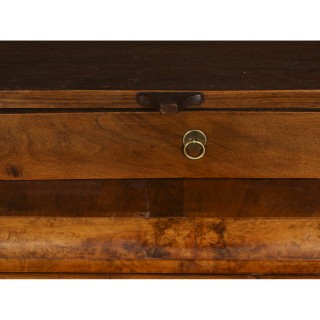 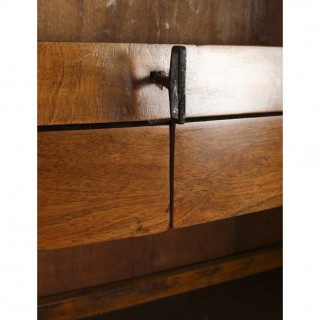 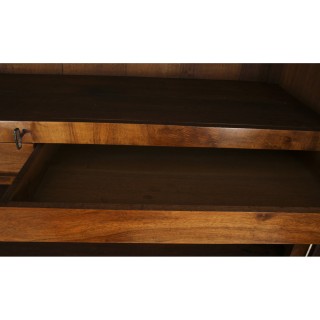 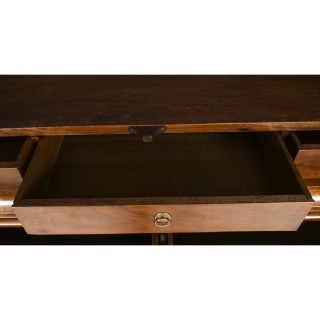 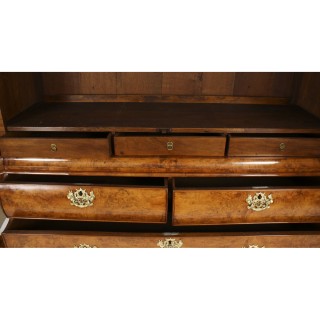 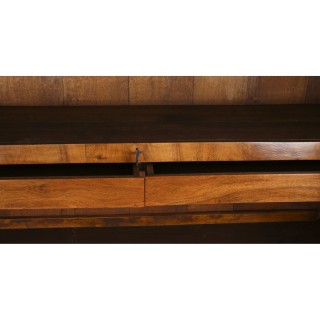 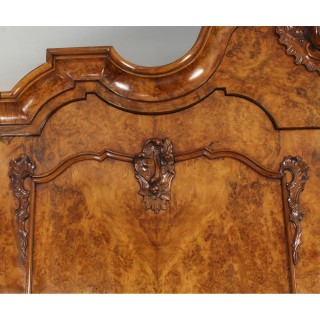 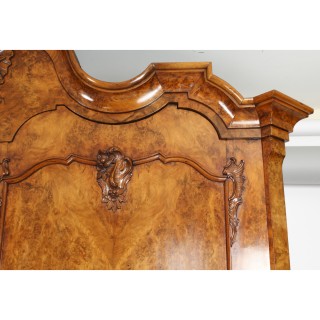 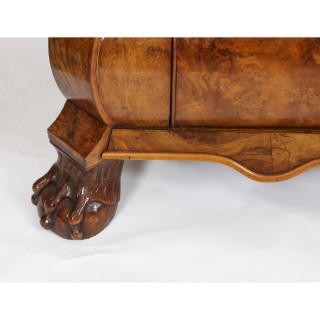 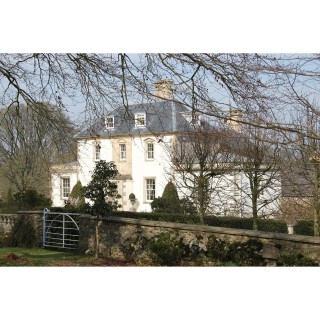 This is a superb antique Dutch Rococo Burr Walnut bombé Armoire, Circa 1780 in date.

It has been accomplished in stupendous burr walnut with masterfully hand carved mouldings. The drawer linings are of solid oak, it stands on its original hand carved ball and claw feet and the ormolu handles and escutcheons are also original.

The beautiful shaped top doors open to reveal a fully fitted interior with shelves and small drawers. The base has two half width drawers in the frieze with two capacious full width drawers below.

This exceptional piece represents a fantastic example of 18th century Dutch cabinetry at its finest.

Armoire is a tall, freestanding cabinet with doors that hide shelves and drawers. This piece of furniture in its present form was devised by the French in the 17th century. The armoire is a derived from the humble chest, and the name comes from the Latin word “armorium” which was a chest for storing armor. Originally an armoire was used to store armor and weapons.

Armoires were used to store personal belongings and treasures, which is why they were so massive in size. Tapestries, rugs, clothing and any and all belongings could be stored in armoires.

Modern uses include storing personal items such as clothes, but today armoires often serve as entertainment centers, and for computer/home office storage.

Ashwick Court is Grade II* listed house on Heckley Lane northwest of Ashwick, in Mendip district, eastern Somerset, England, which is adjacent to the Church of St James. It is a country house, dating from the late 17th century and became a listed building on 2 June 1961.

Judge Jeffries tried cases at Ashwick Court during the Bloody Assizes following the Monmouth Rebellion in 1685. The house was owned by the Strachey Baronets, before it was let to Dr Newton Wade in 1892 who thought he had discovered oil in the water well. Alterations were added to the property in the 18th and mid-19th century.

The house stands in 48.5 acres (19.6 ha) of attached parkland and has its own tennis court.