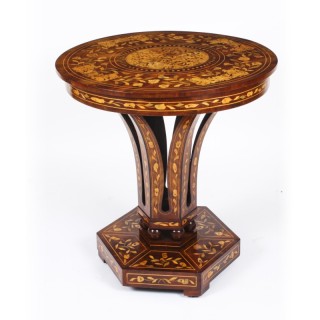 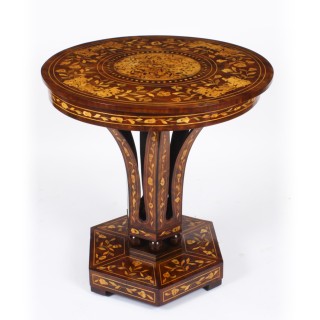 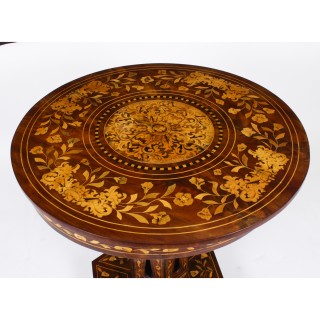 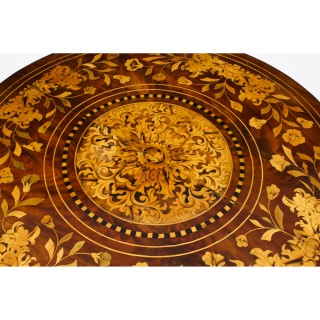 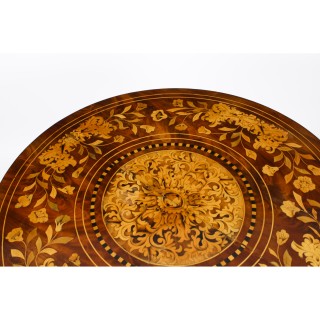 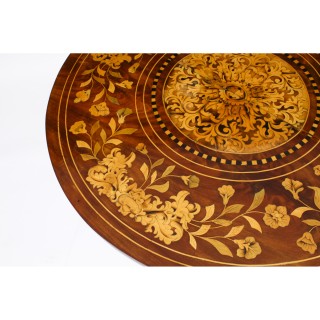 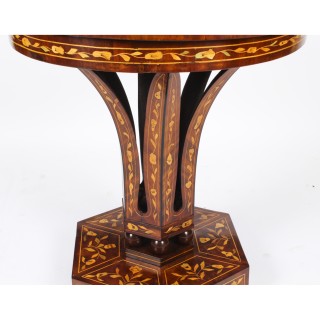 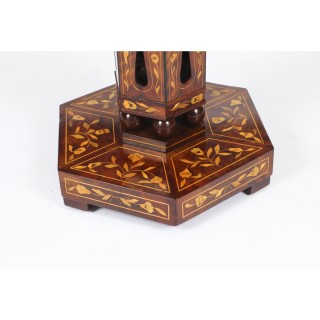 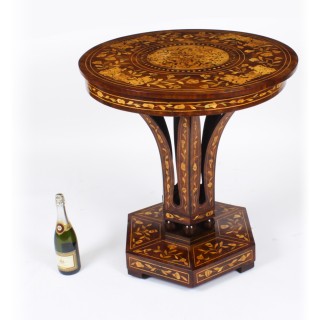 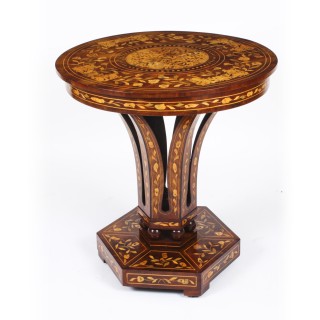 This is a stunning antique Dutch walnut and floral marquetry inlaid circular centre / occasional table, circa 1820.

It has been accomplished in rich walnut with exquisite hand cut marquetry of flowers and acanthus scrolls, the removable round top sits on six flared, leaf shaped supports and balls, on a hexagonal platform with angled feet and recessed drum castors.

It is raised on a tapering column richly inlaid with trailing flowers on a triform base.

It bears a printed depository label of J Tonks & Sons.

Marquetry
is decorative artistry where pieces of material (such as wood, , pewter, brass silver or exotic veneers) of different colours are inserted into surface wood veneer to form intricate patterns such as scrolls or flowers.