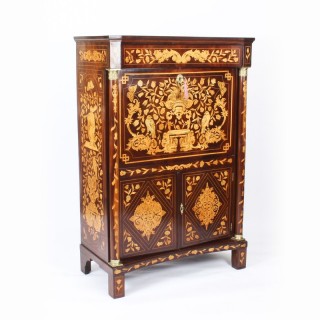 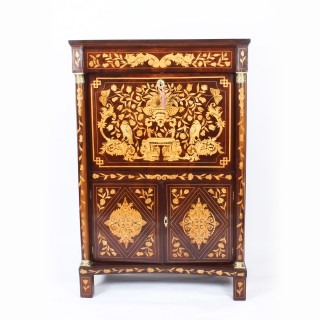 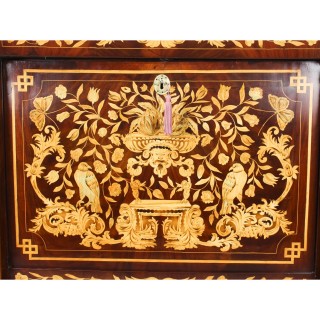 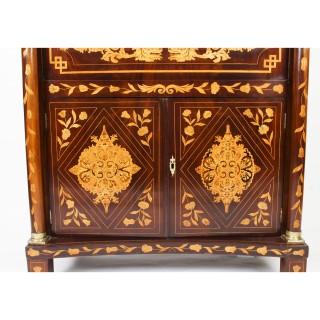 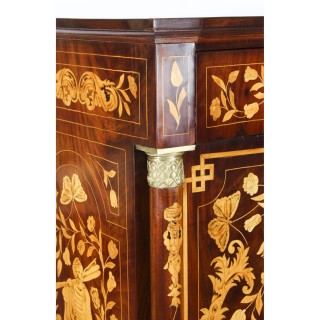 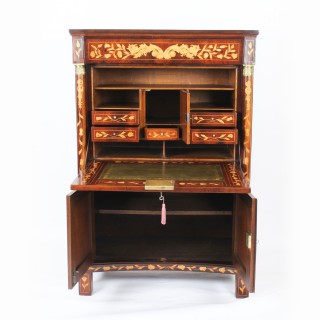 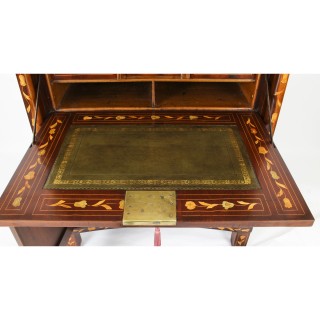 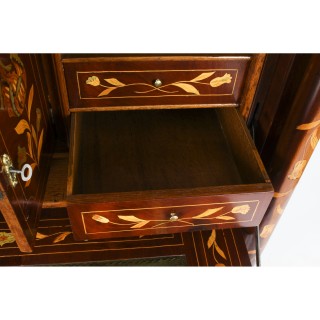 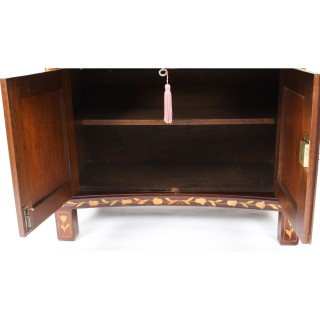 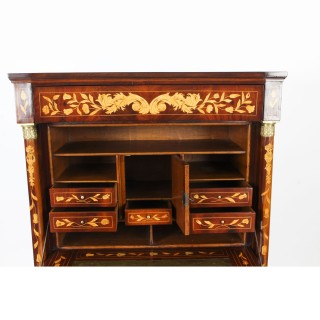 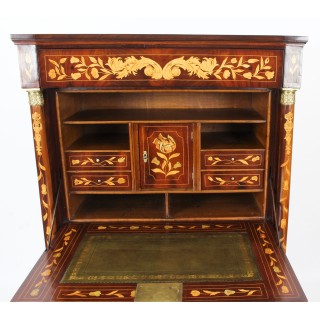 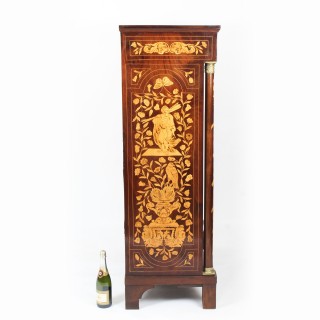 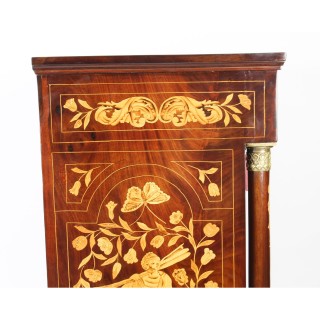 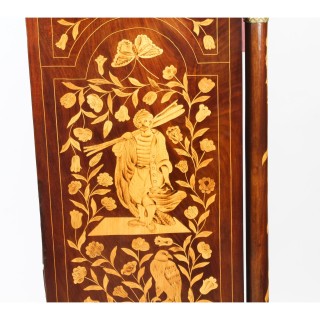 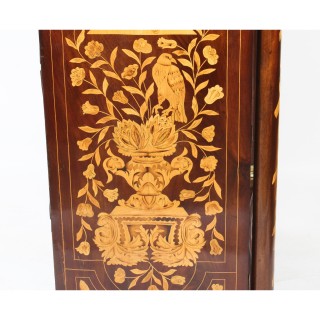 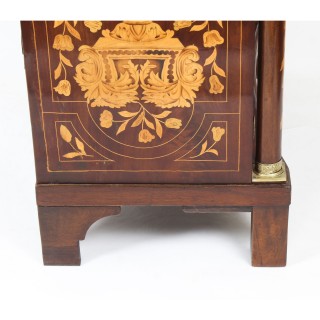 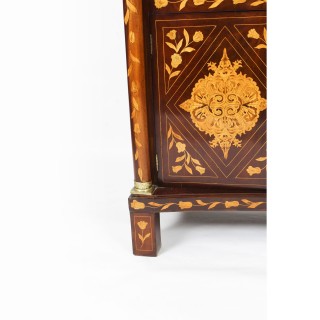 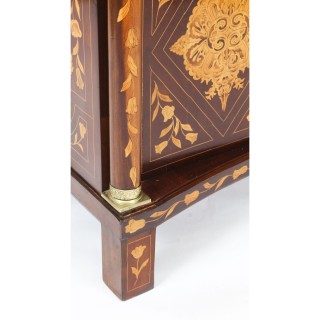 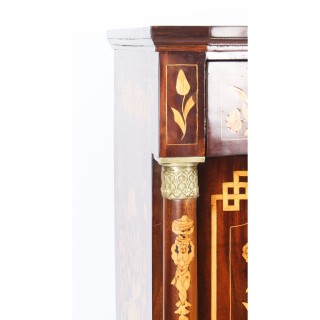 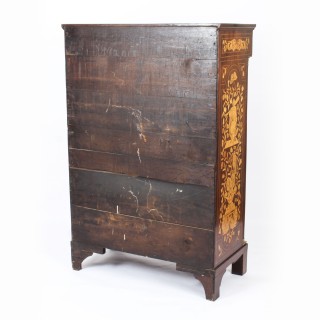 It is of the very highest quality and features a sumptuous incurved top with moulded edge above an exceptional full-width frieze drawer.

The magnificent and luxurious fall front opens to reveal a useful array of pigeon holes, a central cupboard as well as two small drawers plus a roomy fitted cupboard which is under enclosed by a pair of doors.

As a finishing touch, the secretaire à abattant features highly decorative ormolu mounted and turned columns to the sides and rests on an incurved base which has been raised on sophisticated rectangular legs.

It comes with it’s original working locks and keys.

Instil the elegance of a bygone era to a special place in your home with this spectacular first-class secretaire à abattant pedestal desk.

Conditions:
In truly excellent condition, having been fully and sympathetically restored by our craftsmen in our workshops.

The fall front desk can be considered the cousin of the secretary desk. Both have a main working surface or desktop which does double duty as a cover to seal up papers and other items located in small shelves or small drawers placed one on top of the other in front of the user. Thus, all working papers, documents and other items have to be stored before the desk is closed.

Unlike the secretary desk, the fall front desk’s desktop panel is in a perfectly vertical position when in its closed position. Often, there are no additional shelves or drawers above the section which is enclosed by the desktop. Thus, the fall front desk is identical in shape to a Bargueño desk which would have been placed on a stand of drawers, or more precisely to the form known as Desk on a chest or as “chest-on chest”.

The “secrétaire à abattant” is a nearly identical form, but usually in a French style such as Louis XV, Art Deco, etc. In the early 19th century, Shaker communities produced a tall and plain variation which is often known as a “cupboard desk”.