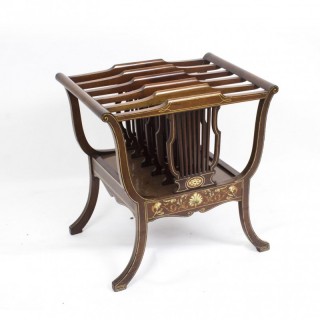 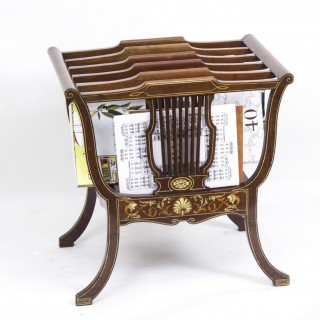 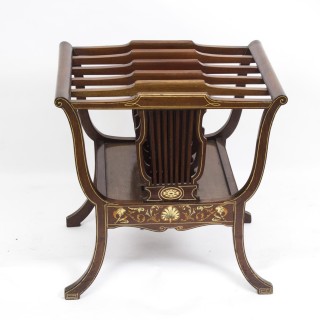 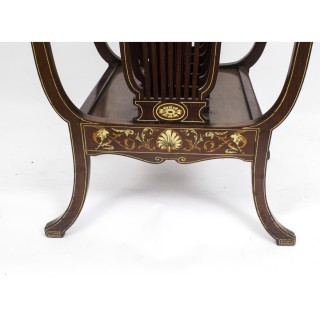 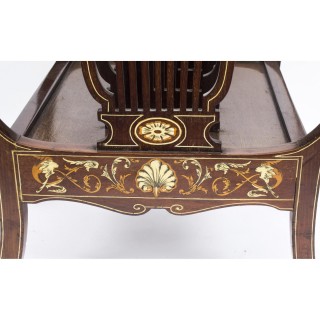 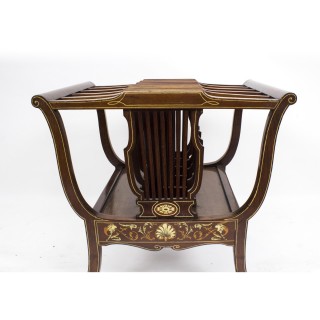 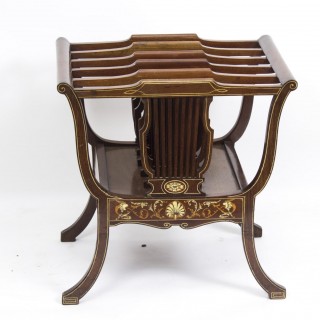 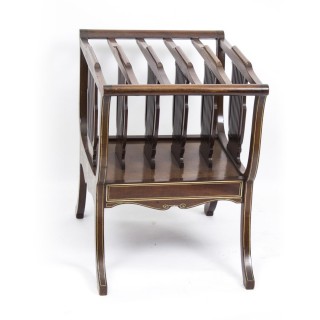 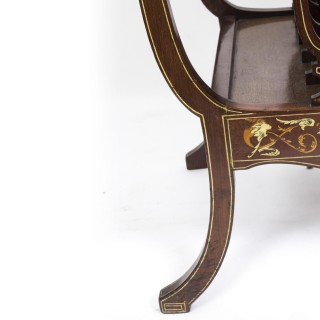 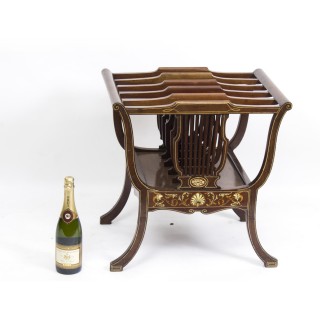 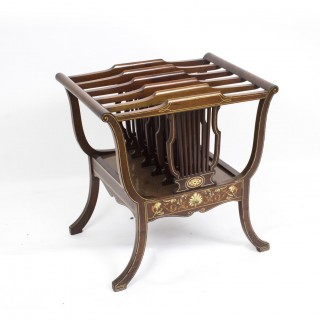 This is a gorgeous antique Edwardian mahogany Canterbury of lyre form with fabulous inlaid decoration, circa 1890 in date.

It is beautifully oultined with stringing and scrolling foliate motifs, has five lyre shaped divisions and stands on elegant splayed legs.