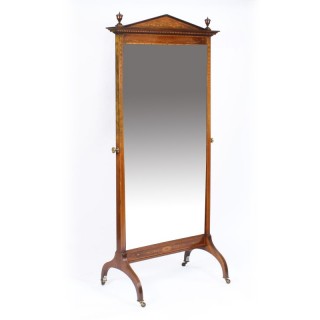 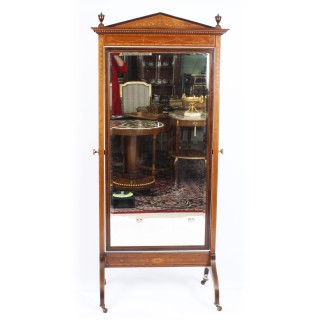 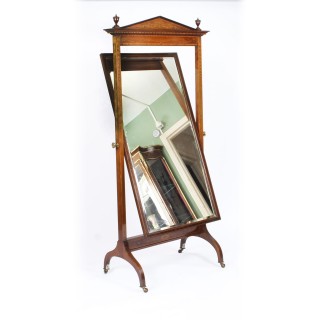 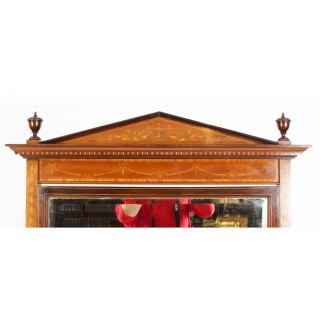 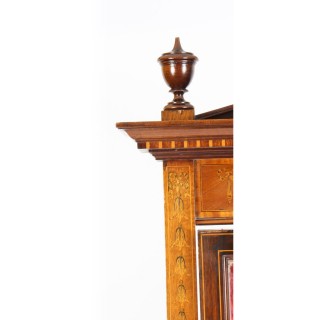 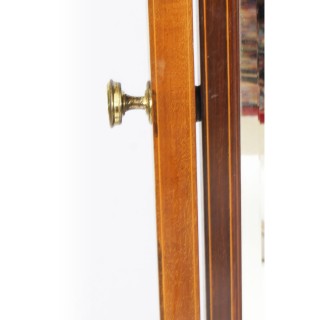 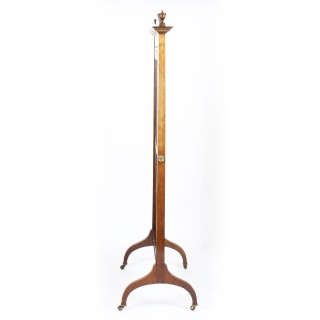 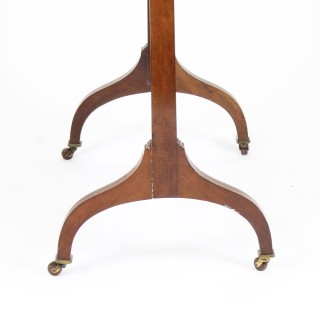 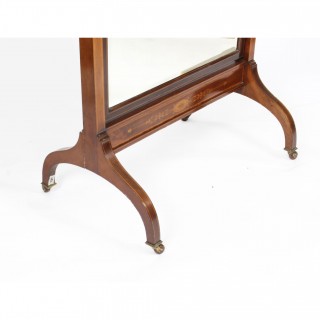 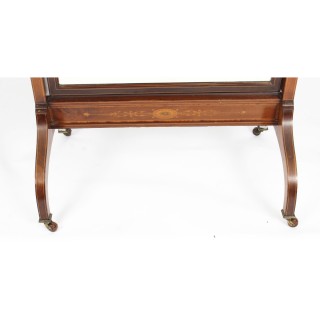 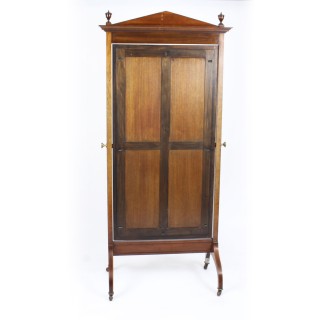 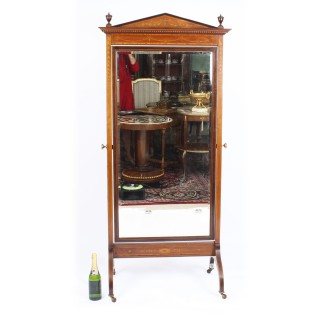 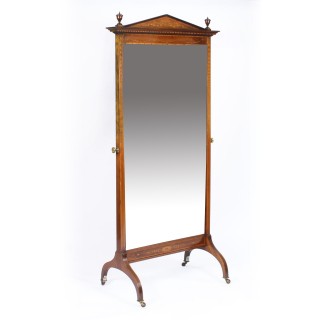 The mirror features an architectural pediment with an Adams style inlaid urn and foliate marquetry and pen-work detail, flanked by twin turned finials above a rectangular bevelled mirror in a mahogany and marquetry inlaid surround with ribbon and swag and trailing harebell inlay. The whole raised on down swept sabre legs terminating in brass claw caps and castors.

Add some classical Edwardian charm to your bedroom with this beautiful cheval mirror.

Condition:
In excellent condition having been beautifully cleaned and waxed, please see photos for confirmation.

Cheval Mirror – also called horse dressing glass or psyche, a tall dressing mirror, suspended between two pillars, usually joined by horizontal bars immediately above and below the mirror and resting on two pairs of long feet.

The cheval glass was first made toward the end of the 18th century. The mirror could be tilted at any angle by means of the swivel screws supporting it, and its height could be adjusted by means of lead counterweights and a horse, or pulley, from which the name was taken.

Thomas Sheraton, in The Cabinet Dictionary (1803), included a design with a nest of drawers at one side and another with a writing surface. When wardrobes were fitted with mirrored doors, the cheval glass became unnecessary in bedrooms.