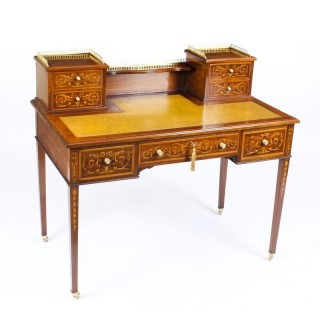 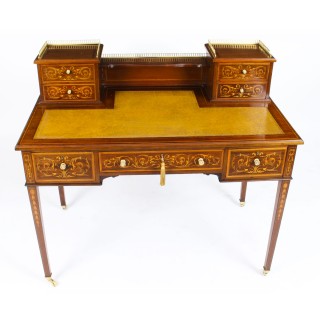 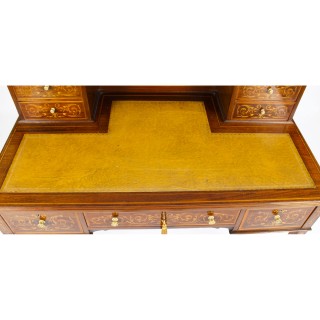 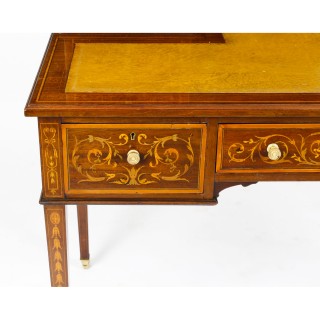 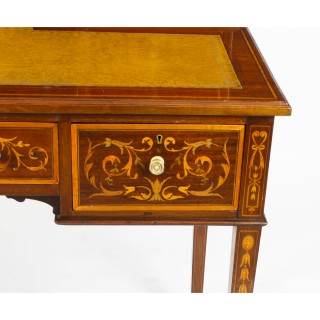 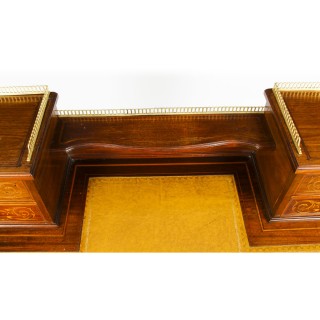 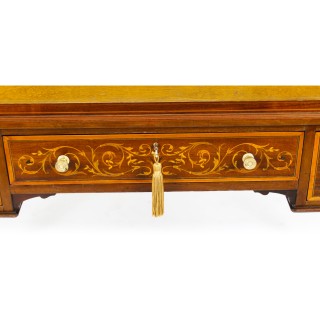 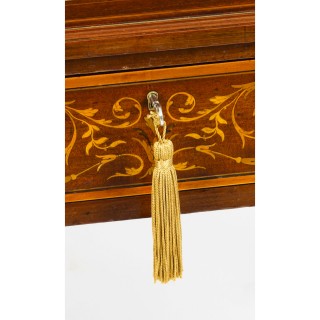 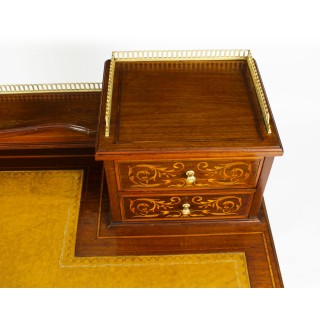 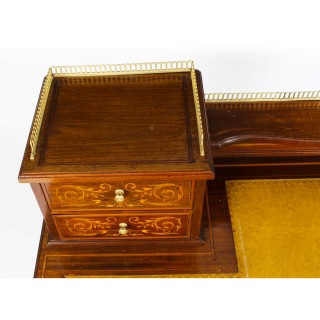 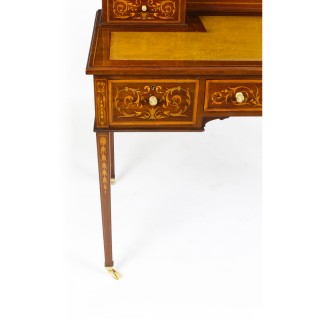 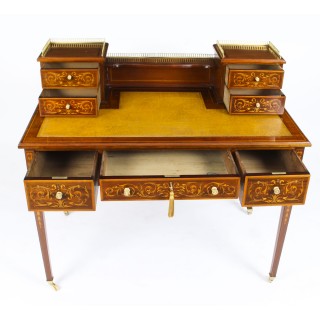 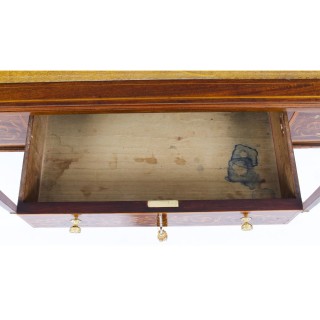 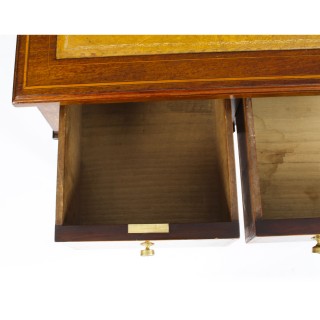 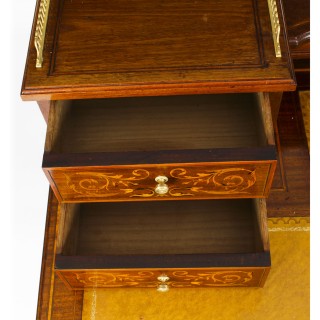 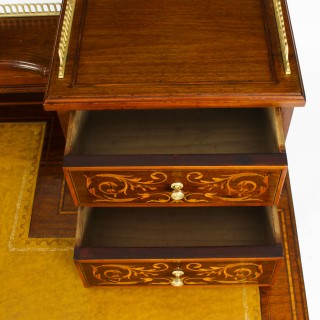 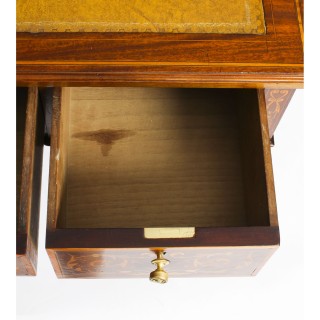 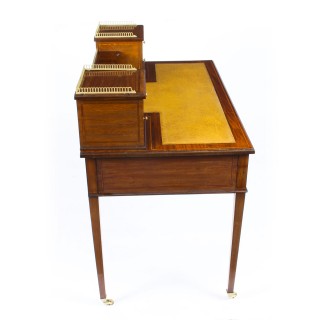 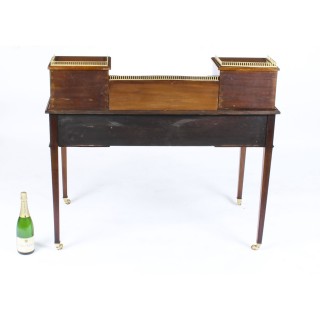 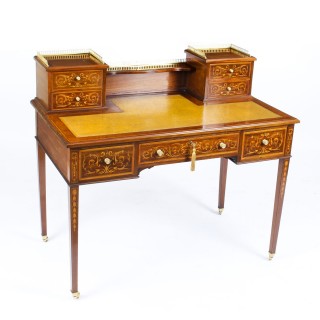 This is a beautiful Edwardian mahogany and marquetry writing table circa 1900 in date.

The marquetry and crossbanded inlaid decoration was masterfully executed by a true craftsman.